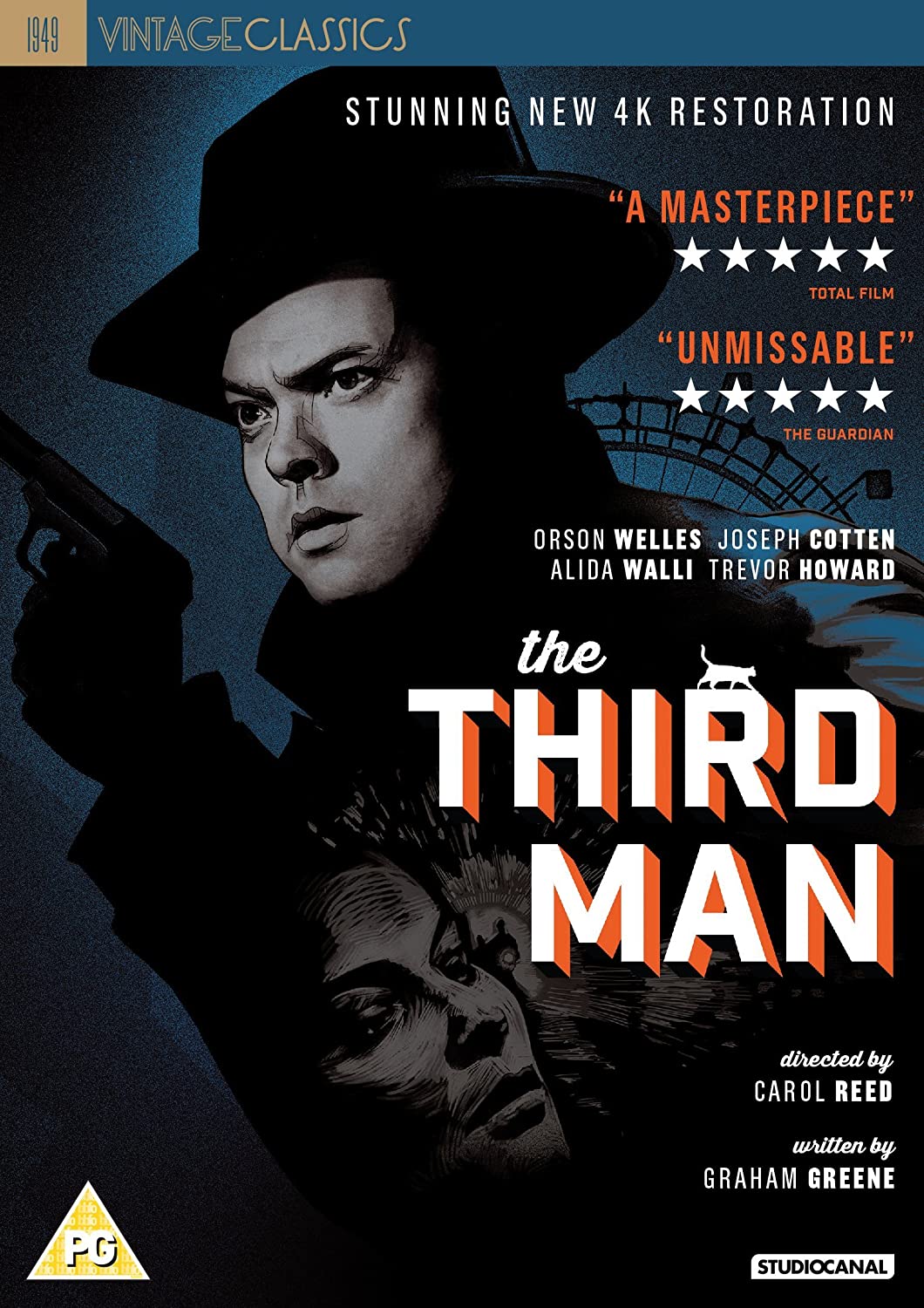 The Third Man has been beautifully restored in 4K for the first time, showcasing the genius of this celebrated British noir, voted the ‘The greatest British film of all time’ by a British Film Institute poll.

Holly Martins (Joseph Cotton, Citizen Kane ), a naïve writer of pulp westerns, arrives in Vienna to meet his old friend Harry Lime (the incomparable Orson Welles) nut finds that Lime has apparently been killed in a suspicious accident. Martins, too curious for his own good, hears contradictory stories about the circumstances of Limes death and as witnesses disappear he finds himself chased by unknown assailants. Complicating matters are the sardonic Major Calloway (Trevor Howard, Brief Encounter), head of the British forces, and Lime’s stage actress mistress, Anna Schmidt (Alida Valli). Will Martin’s curiosity lead him to discover things about his old friend that he’d rather not know?

Brilliantly scripted by Graham Greene and set to Anton Karas’ evocative zither score, this justly celebrated classic is further enhanced by Robert Krasker’s Academy Award winning cinematography and Orson Welles in one of his most iconic screen roles.