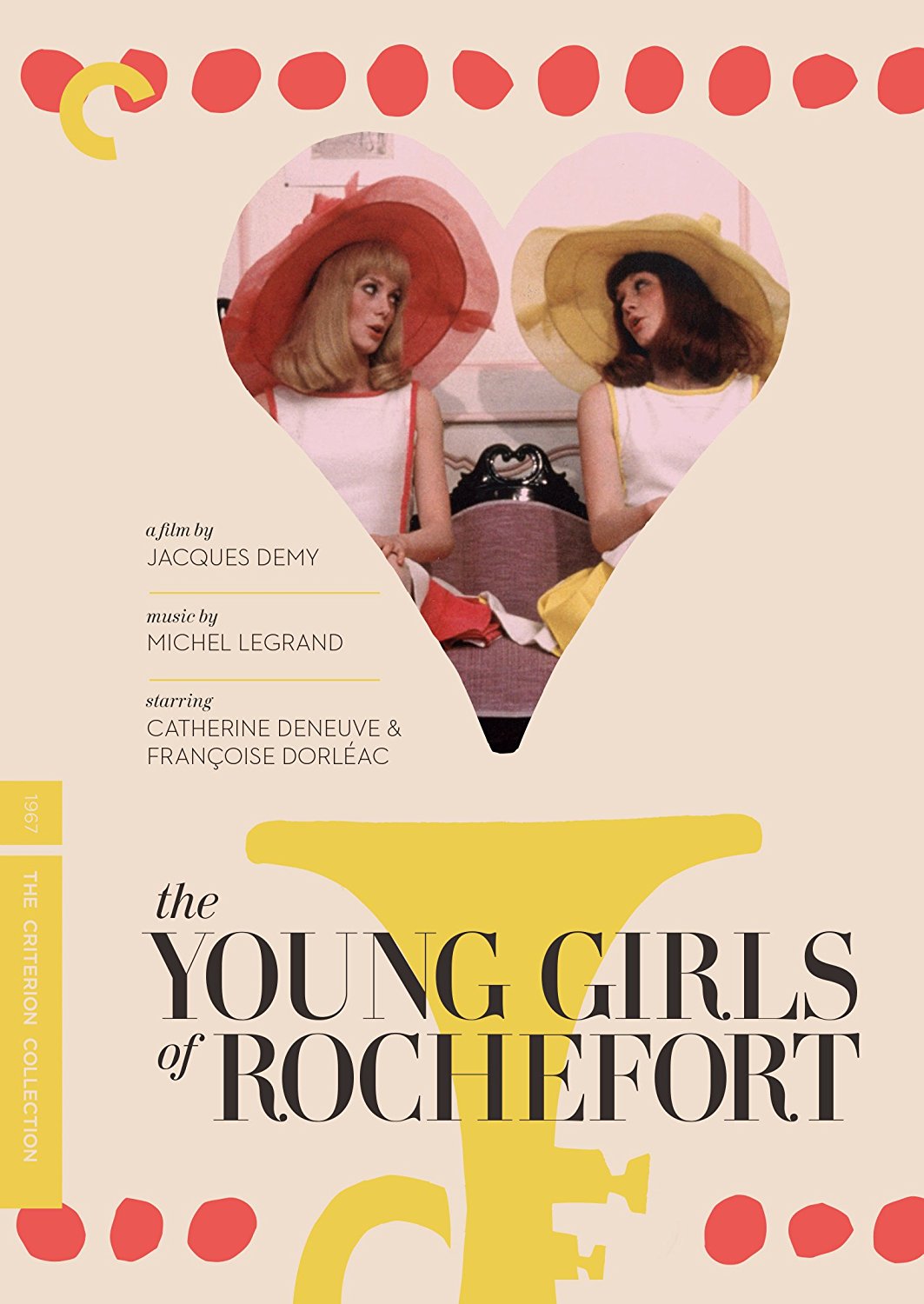 The Young Girls of Rochefort

Jacques Demy followed up The Umbrellas of Cherbourg with another musical about missed connections and second chances, this one a more effervescent confection. Twins Delphine and Solange, a dance instructor and a music teacher (played by real-life sisters Catherine Deneuve and Françoise Dorléac), long for big-city life; when a fair comes through their quiet port town, so does the possibility of escape. With its jazzy Michel Legrand score, pastel paradise of costumes, and divine supporting cast (George Chakiris, Grover Dale, Danielle Darrieux, Michel Piccoli, and Gene Kelly), The Young Girls of Rochefort is a tribute to Hollywood optimism from sixties French cinema’s preeminent dreamer.