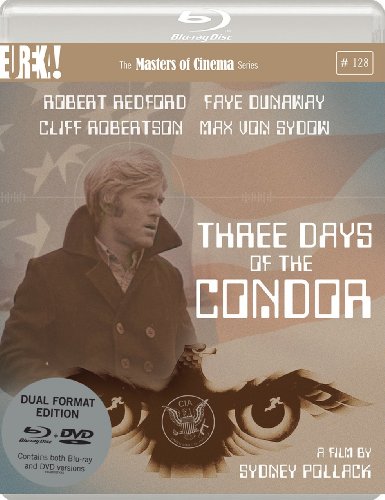 Taught and engrossing, with astonishing modern-day relevance, and fabulous supporting turns from Faye Dunaway, Cliff Robertson, John Houseman and the great Max von Sydow, the Masters of Cinema Series is proud to present its first ever home video release in the UK in a special dual-format edition.


His codename is Condor! In the next seventy-two hours almost everyone he trusts will try to kill him

Be careful who you trust