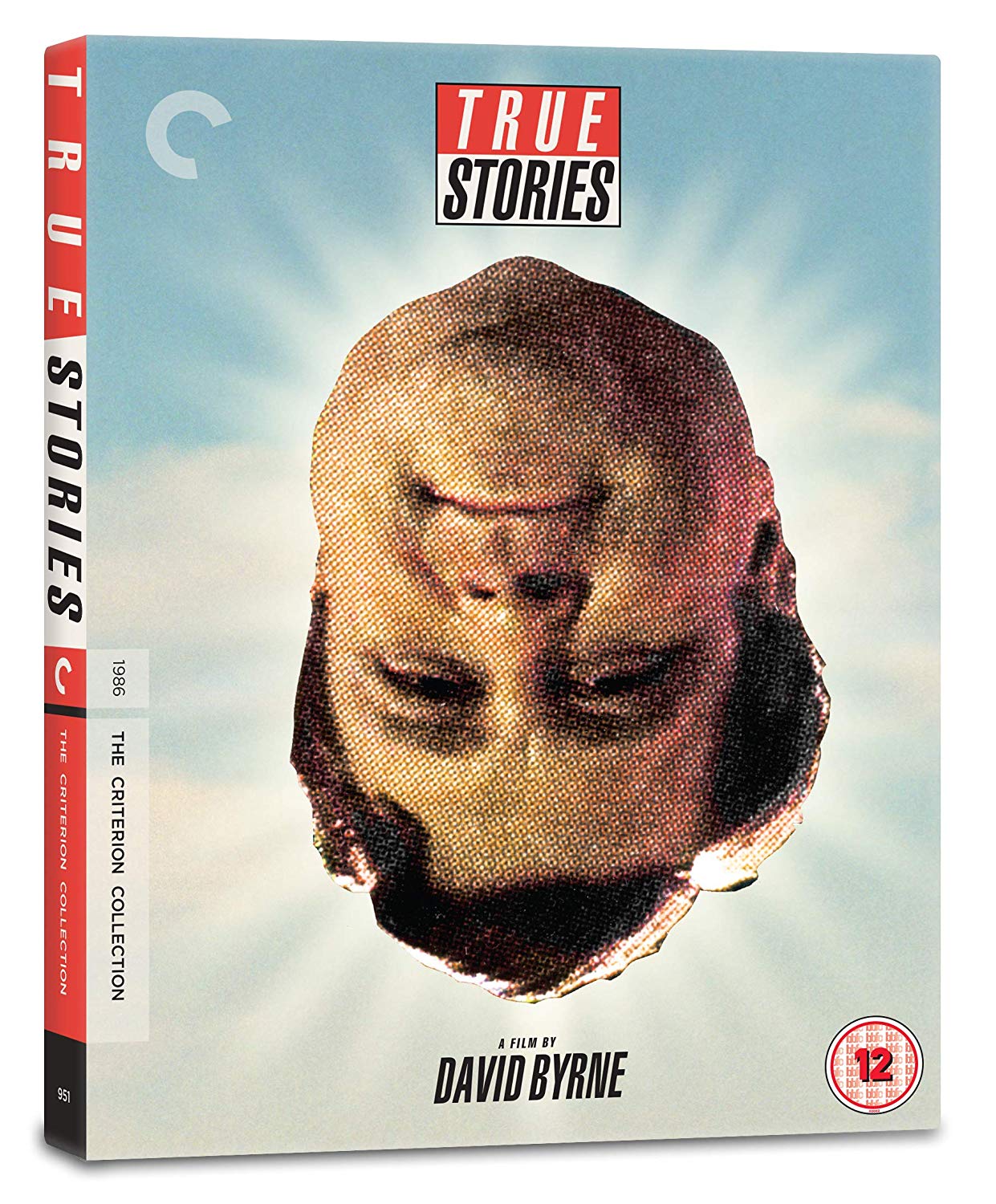 Music icon David Byrne was inspired by tabloid headlines to make his sole foray into feature-film directing, an ode to the extraordinariness of ordinary American life and a distillation of what was in his own idiosyncratic mind. The Talking Heads front man plays a visitor to Virgil, Texas, who introduces us to the citizens of the town during preparations for its Celebration of Specialness. As shot by cinematographer Ed Lachman, Texas becomes a hyperrealistic late-capitalist landscape of endless vistas, shopping malls, and prefab metal buildings. In True Stories, Byrne uses his songs to stitch together pop iconography, voodoo rituals, and a singular variety show—all in the service of uncovering the rich mysteries that lurk under the surface of everyday experience.

Special features:
• New, restored 4K digital transfer, supervised by director David Byrne and cinematogra­pher Ed Lachman, with 5.1 surround DTS-HD Master Audio soundtrack, supervised by Byrne, on the Blu-ray
• New documentary about the film’s production, featuring Byrne, Lachman, screenwriter Stephen Tobolowsky, executive producer Edward Pressman, coproducer Karen Murphy, fashion-show costume designer Adelle Lutz, casting director Victoria Thomas, consultant Christina Patoski, actor Jo Harvey Allen, and artist and songwriter Terry Allen
• CD containing the film’s complete soundtrack, compiled here for the first time (Blu-ray only)
• Real Life (1986), a short documentary by Pamela Yates and Newton Thomas Sigel made on the set of the film
• No Time to Look Back, a new homage to Virgil, Texas, the fictional town where True Stories is set
• New documentary about designer Tibor Kalman and his influence on Byrne and work on the film, featuring Byrne and artist Maira Kalman, Tibor’s widow
• Deleted scenes
• Trailer
• PLUS: Essays by critic Rebecca Bengal and journalist and author Joe Nick Patoski, along with, for the Blu-ray edition, an essay by Byrne; a 1986 piece by actor Spalding Gray on the film’s production; and a selection of production photography, along with Byrne’s tabloid clippings and writing about the film’s visual motifs