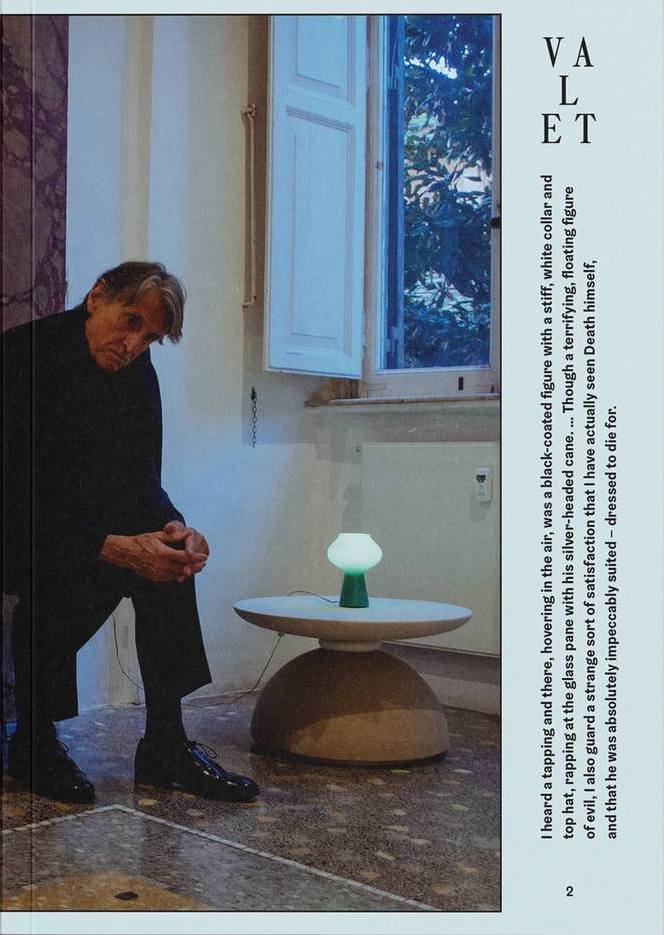 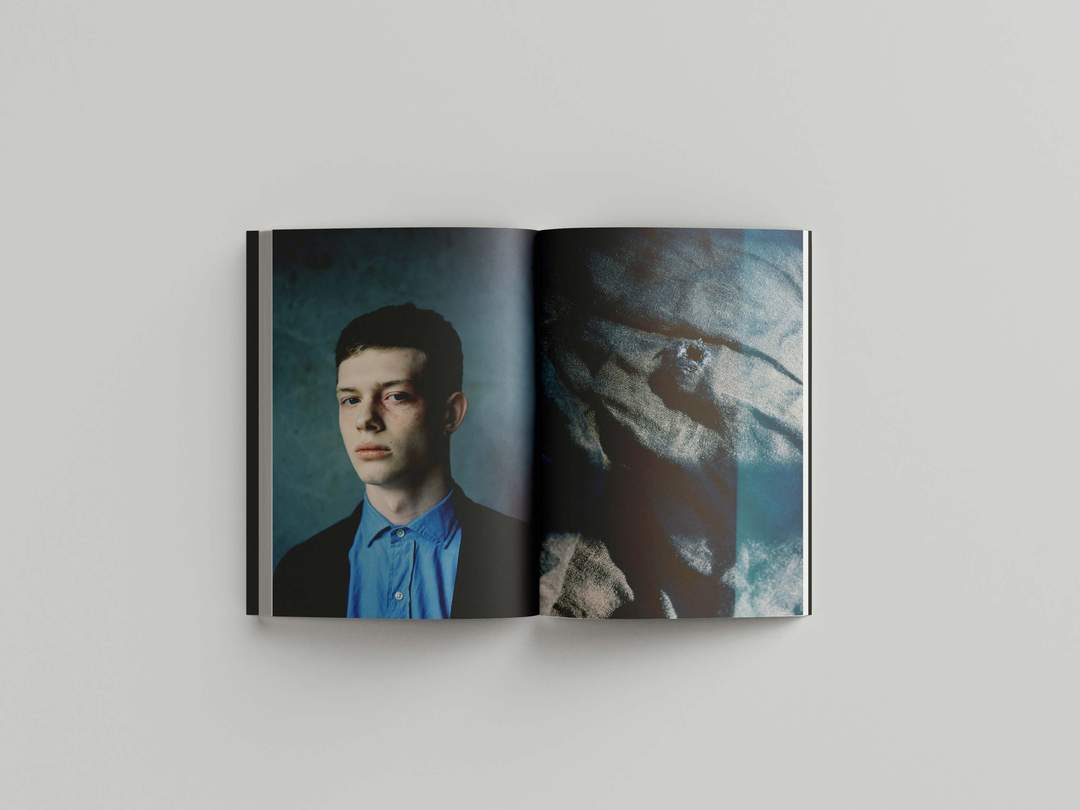 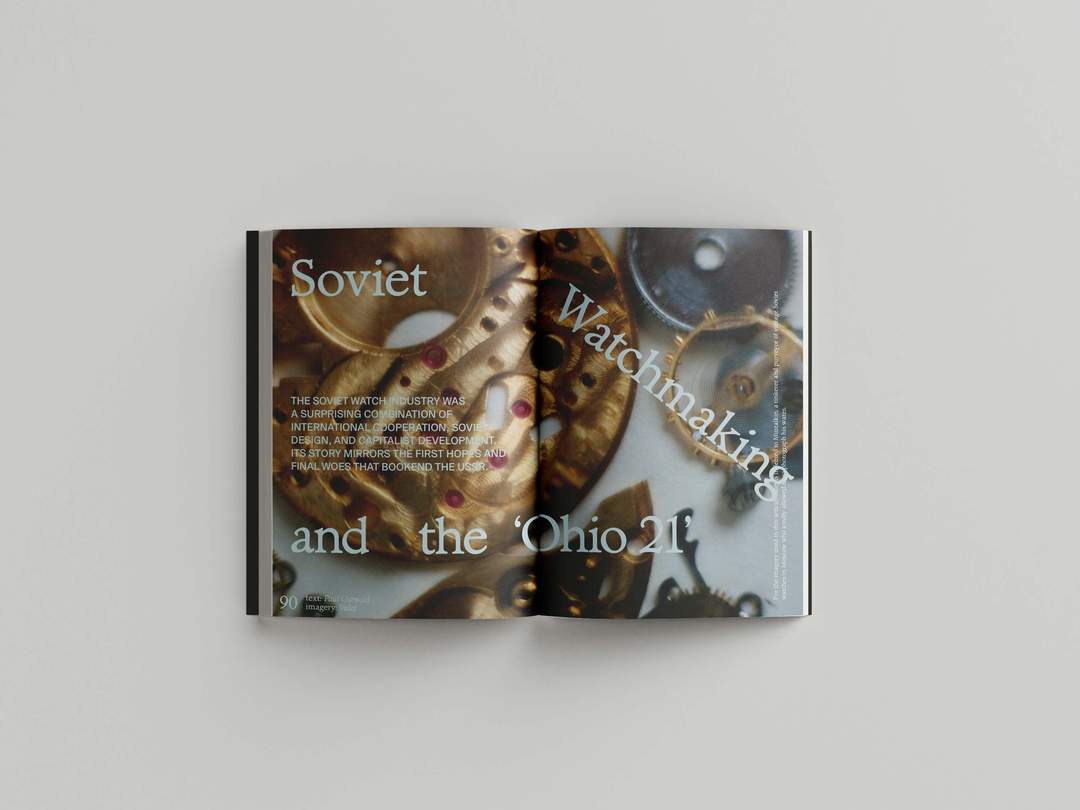 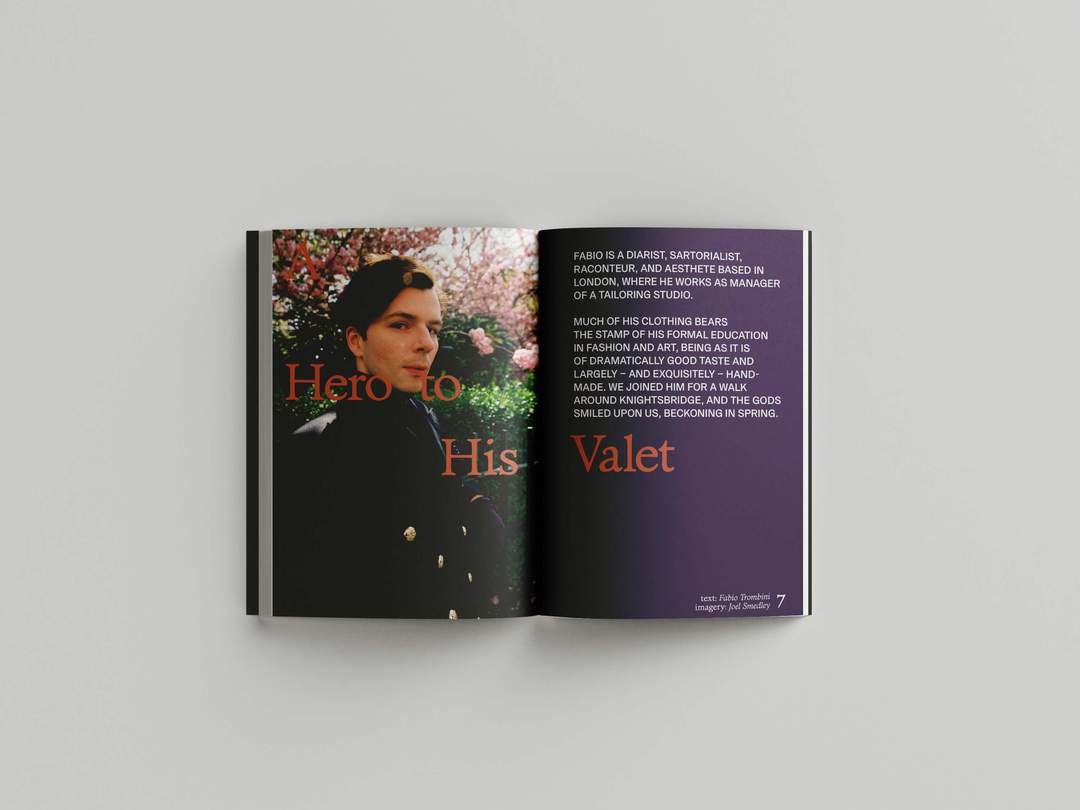 Valet Issue 1 started in a bar in St Petersburg about a year ago. Its founders worked for another prominent print magazine that took a subject and used it to explore the Big Themes of life. We wanted to do the same with menswear and classic style.

Valet Issue 2 explores the poignant themes of time, ageing, and death through the lens of classic menswear and style, and houses a veritable banquet of original articles and film photography. Pieces run the gamut, and include art history, philosophy, literary criticism, interviews, guides to cloth, object histories, photo essays and original fiction.

In the first of two chapters, we regale you with articles on subjects including: the unexpectedly American-influenced Soviet watchmaking industry; a defence of Imperial measures by rising tailor Maximillion Mogg; a sartorial biography of Evelyn Waugh and his relationship with Savile Row by his biographer Duncan McLaren; an incredibly fun article by one of our sartorial heroes—Fabio Trombini; an interview with Gerardo Cavaliere of Rome’s Giuliva Heritage, exclusive original cocktail recipes that every chap needs up his sleeve in order to face life’s major hurdles, a photo-essay exploring where to stow your hat in a world increasingly hostile to the lid-wearer, an interview with a chess grandmaster on the impending death of the game, and more.

The second chapter houses essays that take a number of esoteric and poetic approaches to menswear and style, exploring them through the lens of various fields of expertise, from history, philosophy, memoir, fiction, and other academic disciplines. We have essays about menswear in the novels of E. M. Forster, an art-history analysis of aged shoes in one of Van Gogh’s famous works, a philosophical essay on the importance of never surrendering one’s dandyism even in the face of death by a professional obituarist, a literary history of the British in Florence, a tale about the first archaeological digs and death in Venice, menswear and fashion in Byzantium, and original fiction, all inspired by menswear in one way or another.

It’s been a labour of love; we can’t wait to hear what you think.