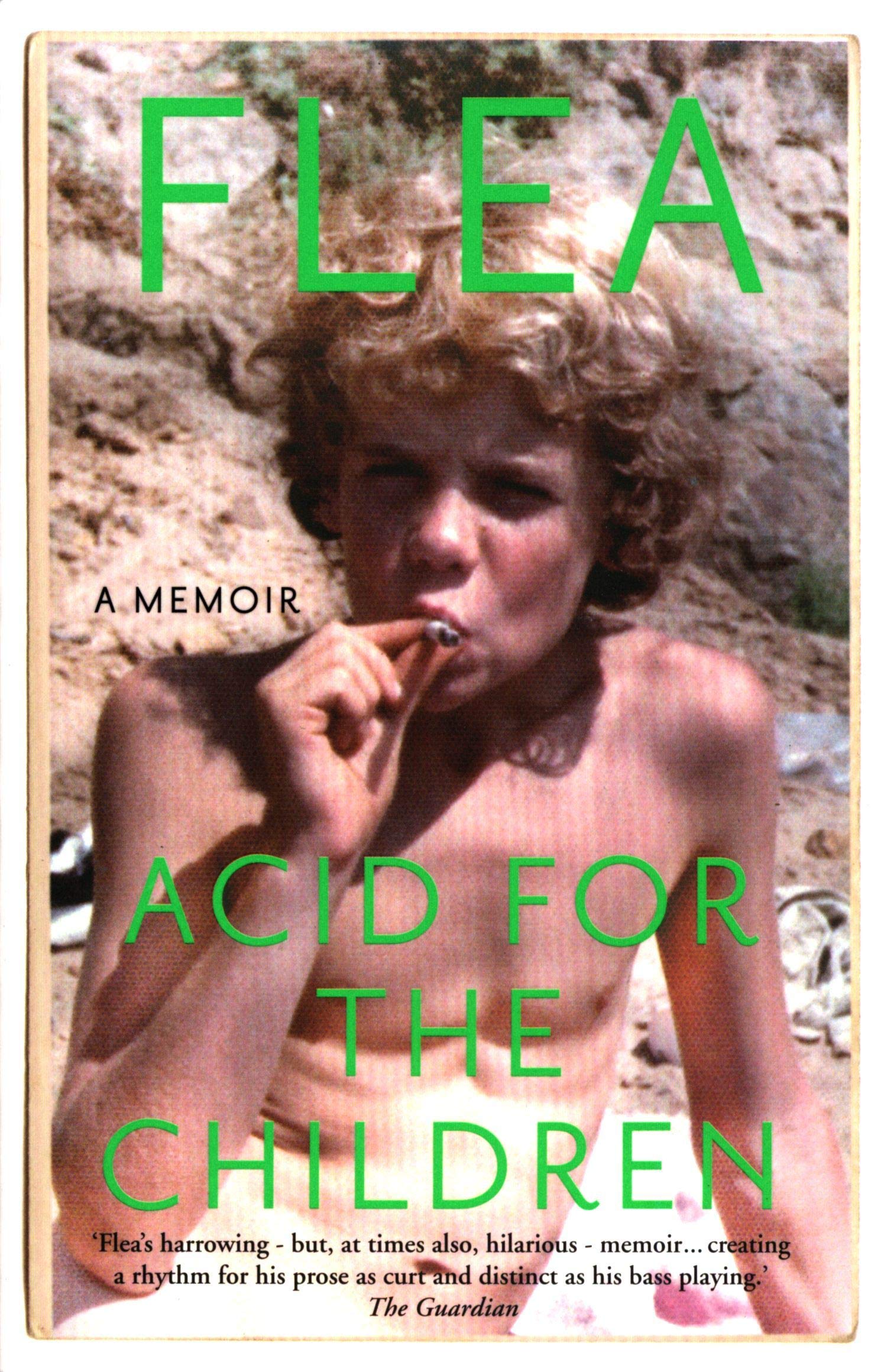 Acid For The Children – The autobiography of Flea, the Red Hot Chili Peppers legend

The strange tale of a boy named Flea starts in Rye, NY. It was all very normal. But soon his parents divorced and his mother Patricia remarried a jazz musician. Flea’s stepfather frequently invited musicians to his house for jam sessions which sparked Flea’s interest in music. The family moved to Los Angeles, where Flea became fascinated with the trumpet, idolizing musicians like Miles, Dizzy, and Louis.

But the family soon fell apart, “I was raised in a very violent, alcoholic household,” Flea later said. “I grew up being terrified of my parents, particularly my father figures. It caused [me] a lot of trouble later in life.” He began smoking weed at 13, and became a daily user of harder drugs. He was on the streets by 14 and soon after, met another social outcast and drug user named Anthony Kiedis. They form a band that would become the Red Hot Chili Peppers.

Acid For The Children is pure, uncut Flea, with nothing left unsaid.