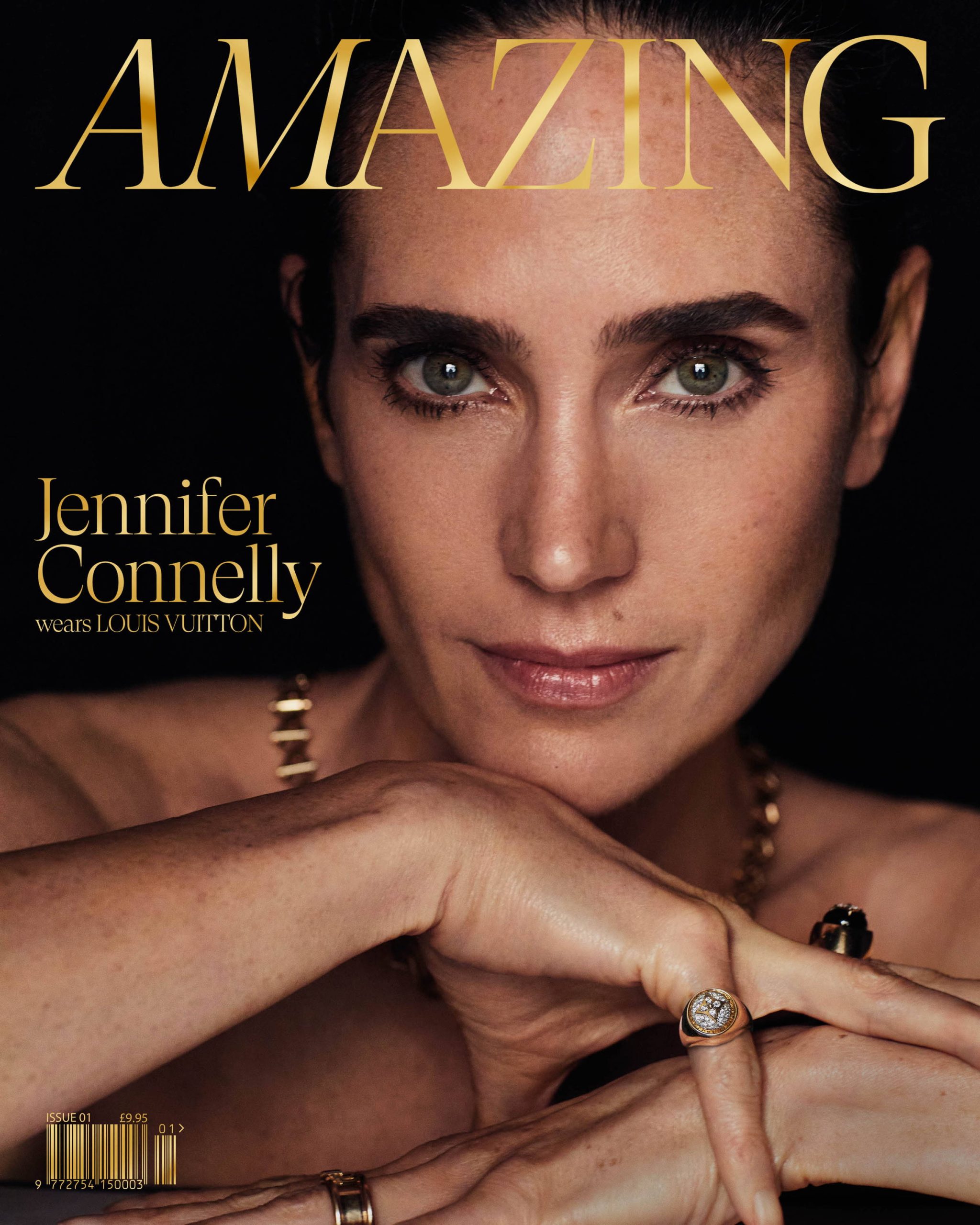 Shot in New York by Alexi Lubomirski and styled by Patrick Mackie, Jennifer is the perfect Louis Vuitton spokesperson, but even more than that she is an advocate for creative director Nicolas Ghesquière – her friend of 20 years. The two first met when Nicolas dressed Jennifer for the 2002 Academy Awards, the year she won the Best Supporting Actress Oscar for her role as Alicia Nash in A Beautiful Mind.

“When it comes to picking stuff for events, [Nicolas] knows the things I feel most comfortable in, but I wear what he likes for me to be completely honest,” says Jennifer, speaking over Zoom to AMAZING editor Jennifer Lynn. “I think he’s a genius and I have so much admiration for him as a person, and professionally as an artist, that I kind of enjoy just supporting his vision. Honestly, it’s all him. Whenever he says, ‘This is what I think that you should wear,’ I say, ‘Yes, of course, you know best!’ That’s kind of the extent of the collaboration… I’m his biggest fan.”

Jennifer’s upcoming appearance in Top Gun: Maverick has had fans on the edge of their seats, waiting to see her in action as Penny Benjamin, the love interest of Tom Cruise’s Maverick. Sadly they’ll have to wait a little longer, with Paramount having delayed the movie’s release to May 2022, due to COVID continuing to cause uncertainty over movie theatre attendance.

In the meantime, Jennifer can be seen in hit TNT dystopian thriller series, Snowpiercer (shown on Netflix outside of the US). Set in 2026 aboard the giant Snowpiercer train, which carries society’s remaining humans after Earth becomes a frozen wasteland, Jennifer takes the lead as Melanie Cavill. The driving force of the show, as the Snowpiercer’s head engineer, she has kept fans gripped for two seasons and there is a third on the way – a pretty cool achievement for her first TV show in 20 years.

Effusive in her praise for her fellow actors, favourite directors and one particular contestant from reality TV survival series Alone (yes, really), Jennifer discusses everything from Top Gun: Maverick co-star Tom Cruise to whether or not she’d follow in husband Paul Bettany’s footsteps by becoming a fully-fledged superhero in the Marvel Cinematic Universe.

For Jennifer’s full interview and shoot, plus other AMAZING women, fashion and lifestyle features, order your copy of AMAZING’s debut issue now.