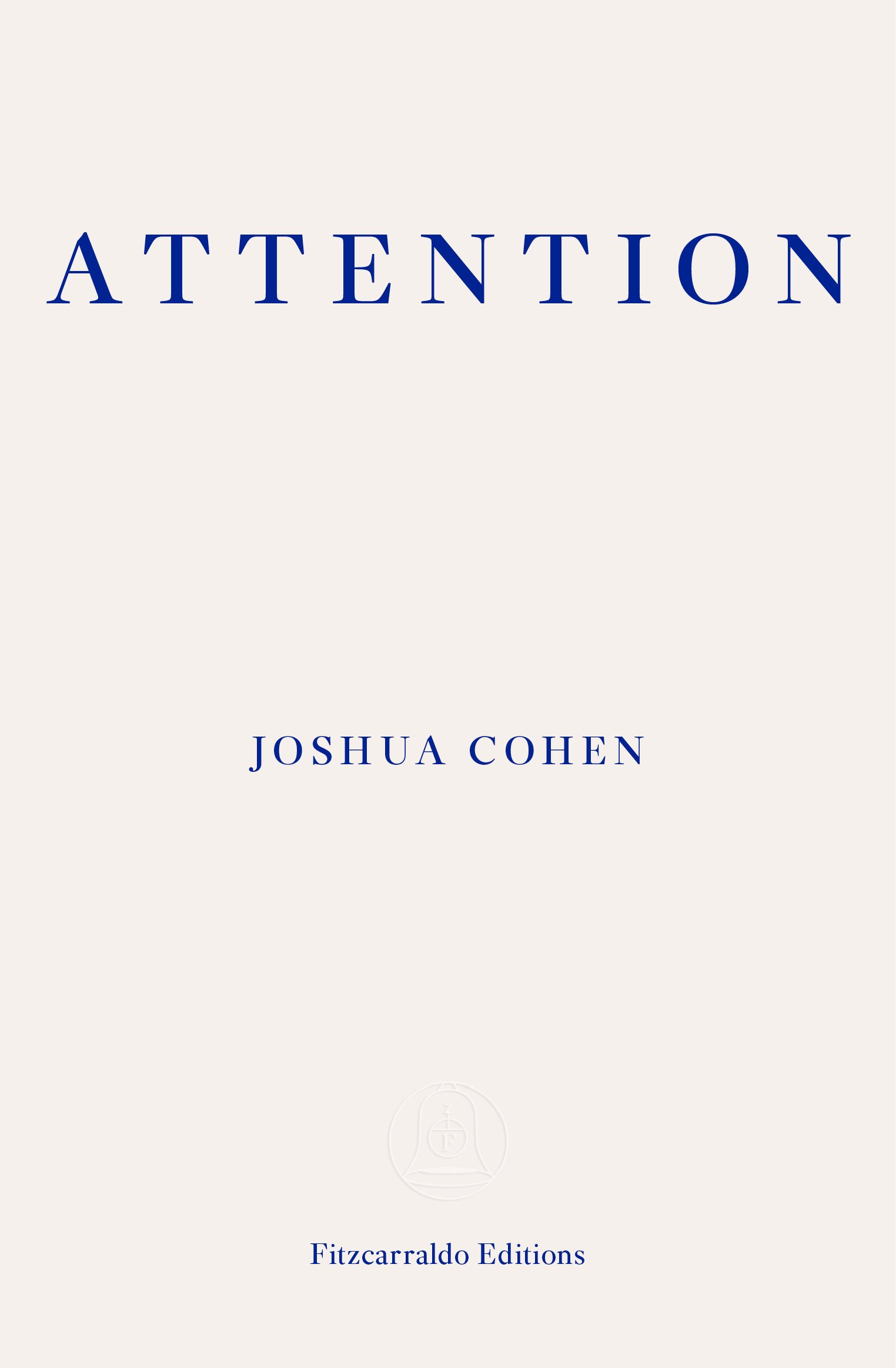 Attention: Dispatches from the Land of Distraction

Rising star Joshua Cohen’s first collection of essays, a fully realized work created from a selection of previously published and new nonfiction – essays, memoir, criticism, letters, diaries – covering an extraordinary array of topics: politics, literature, art, music, travel, the media, and psychology, on subjects ranging from Donald Trump, Bernie Sanders, animals in literature, Gustav Mahler, Aretha Franklin, Edward Snowden, Gordon Lish, the closing of the Ringling Bros. circus, Google, Thomas Pynchon, and Azerbaijan. In thirty essays and forty short ‘interludes’, Cohen directs his sharp gaze out upon the world, exhibiting his deep erudition and ability to draw connections between seemingly unlike things, showing us how to look at a world overflowing with information without becoming daunted. In each piece, Cohen projects a quality of thought that is uniquely his, and a voice as witty, powerful, funny, and distinct as any in American letters.

“Cohen, one of our crucial young novelists, has written the nonfiction novel of our moment, formed of a constellation of investigations and inklings. No one’s done such a thing so well since George Trow or Joan Didion or Norman Mailer, if ever. It’s chasteningly brilliant, and the kind of chastening we unfortunately need.”–Jonathan Lethem

“Joshua Cohen is one of my favorite nonfiction writers. This book is a cause for celebration.”–Elif Batuman