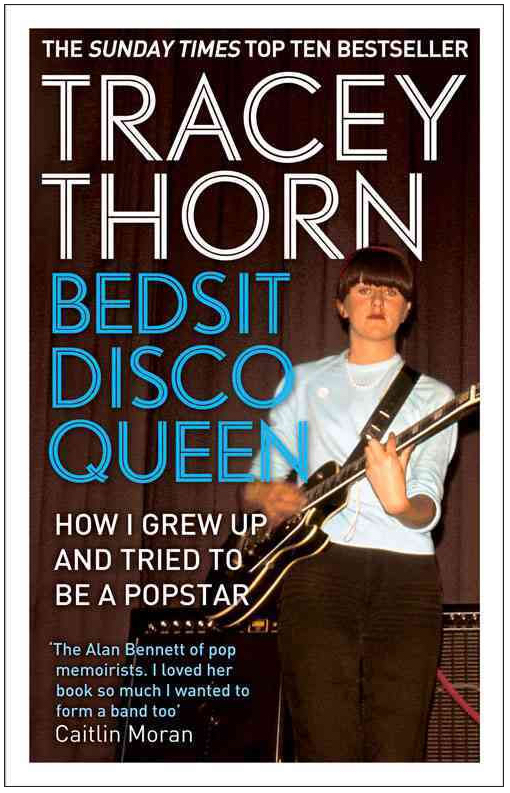 Bedsit Disco Queen: How I grew up and tried to be a pop star

»The Alan Bennett of pop memoirists. I loved her book so much I wanted to form a band, too. Preferably with Thorn.«
– Caitlin Moran, bestselling author of How to be a Woman

‘I was only sixteen when I bought an electric guitar and joined a band. A year later, I formed an all-girl band called the Marine Girls and played gigs, and signed to an indie label, and started releasing records.

‘Then, for eighteen years, between 1982 and 2000, I was one half of the group Everything But the Girl. In that time, we released nine albums and sold nine million records. We went on countless tours, had hit singles and flop singles, were reviewed and interviewed to within an inch of our lives. I’ve been in the charts, out of them, back in. I’ve seen myself described as an indie darling, a middle-of-the-road nobody and a disco diva. I haven’t always fitted in, you see, and that’s made me face up to the realities of a pop career – there are thrills and wonders to be experienced, yes, but also moments of doubt, mistakes, violent lifestyle changes from luxury to squalor and back again, sometimes within minutes.’

From post-punk teen-band rivalry in suburban Hertfordshire to international chart-topping success via a shared bedsit in Hull, three decades of touring and making music, and collaborations with Paul Weller, Massive Attack and dance legend Todd Terry – this is the funny, perceptive and candid true story of how Tracey Thorn grew up and tried to be a pop star.