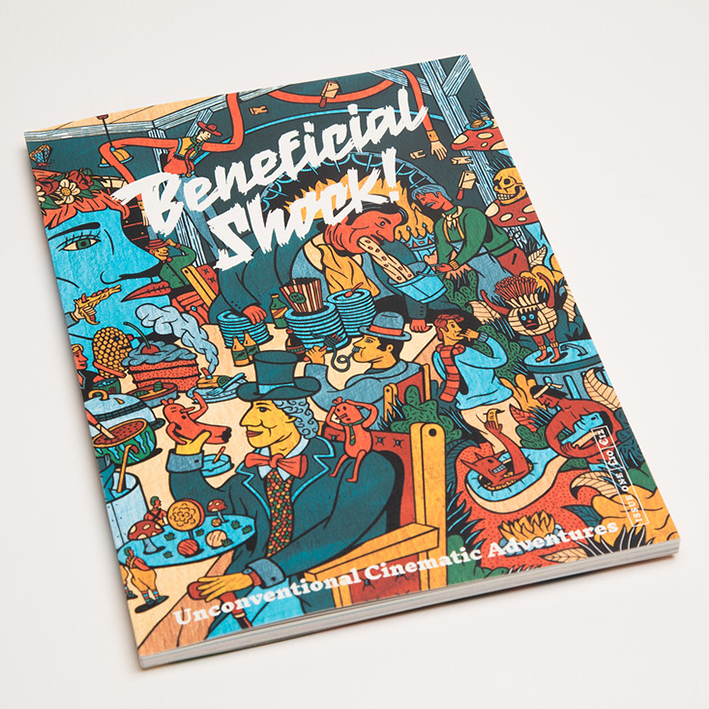 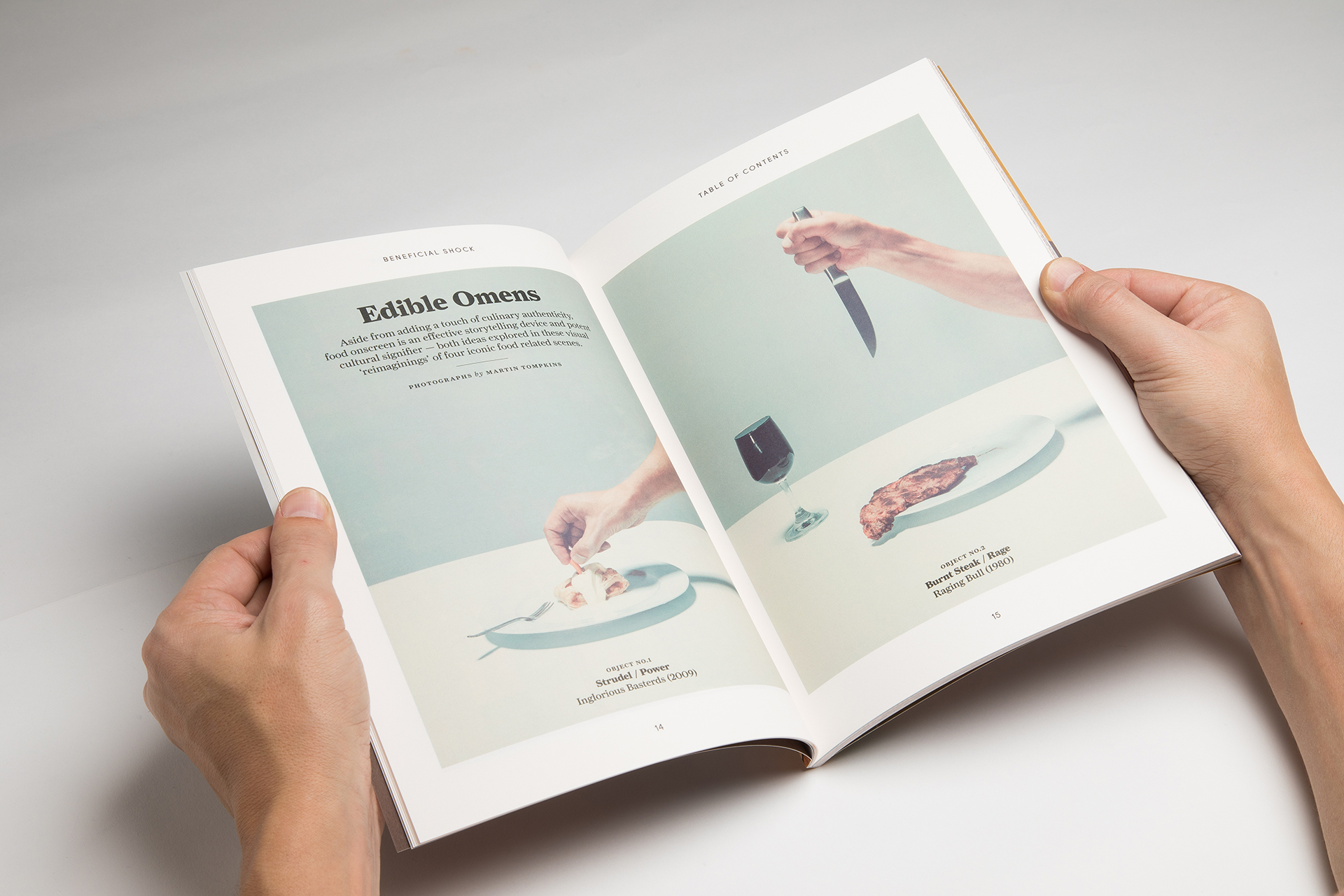 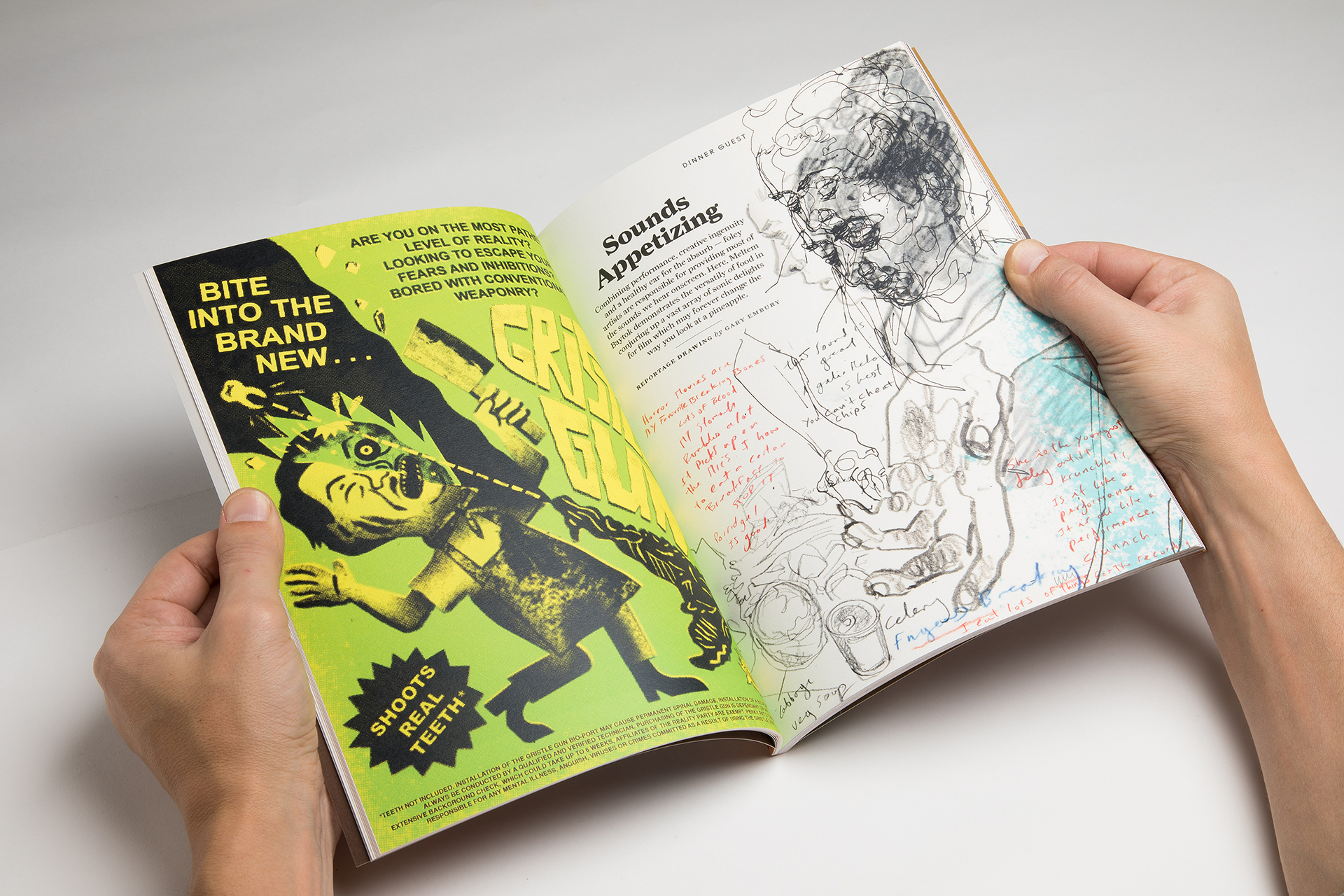 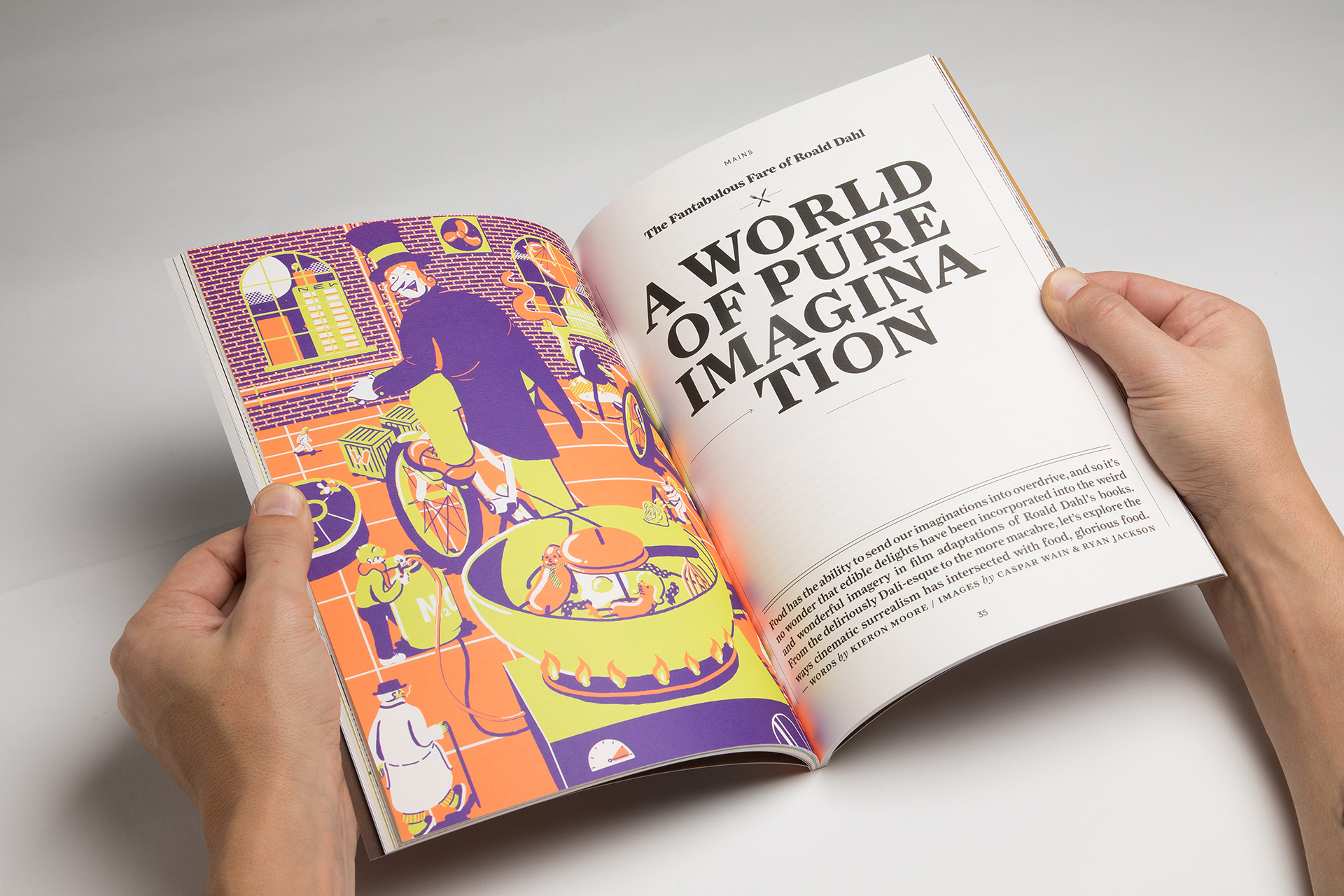 Beneficial Shock! is a new bi-annual magazine for film lovers and design enthusiasts, with accompanying screen based motion features that will champion progressive thinking from contemporary illustrators, graphic designers and photographers. Rather than your standard film magazine full of reviews, celebrity news and press images, Beneficial Shock! aims to use illustration, visual documentation and design in humorous and irreverent ways to expressively interpret film related content.

In short, film is just the beginning.

In each thematic issue we will explore a chosen topic, looking at its relationship to film in surprising and often unconventional ways.

Issue one: Food
We’ve chosen food as the theme for this first issue. Food doesn’t just fill our bellies, it is laboured over, passionately discussed and is the diverse glue that binds many families and communities together. But, as we’ll see, it is also on occasion used as the basis of alien artillery, stepped on, penetrated, stabbed and thrown. Oh, and lest we forget, we are food too.
Let the banquet begin!

With contributions from established illustrators, designers and writers alongside fresh new talent, issue 1 features work by Jay Wright, Dave Biskup, Eleanor Shakespeare, Gary Embury and Jakob Hinrichs lending their penmanship to features on surreal food in Roald Dahl films, food fights from east European art-house cinema and a theoretical treatise on the digestive process of Hitchcock’s Psycho. Alongside these more meaty features are a bevvy of graphic novels, mock adverts and an abridged history of cinema’s most humble snack: popcorn.