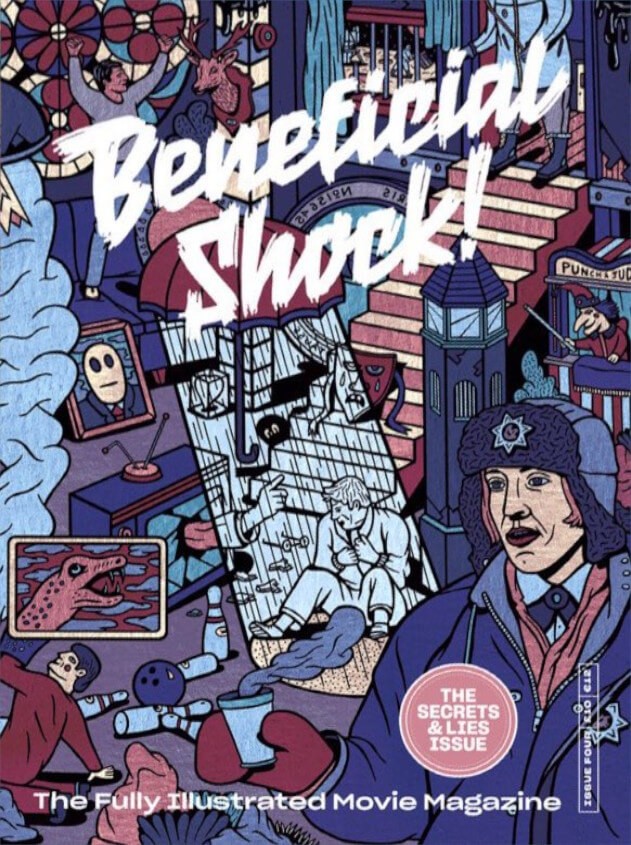 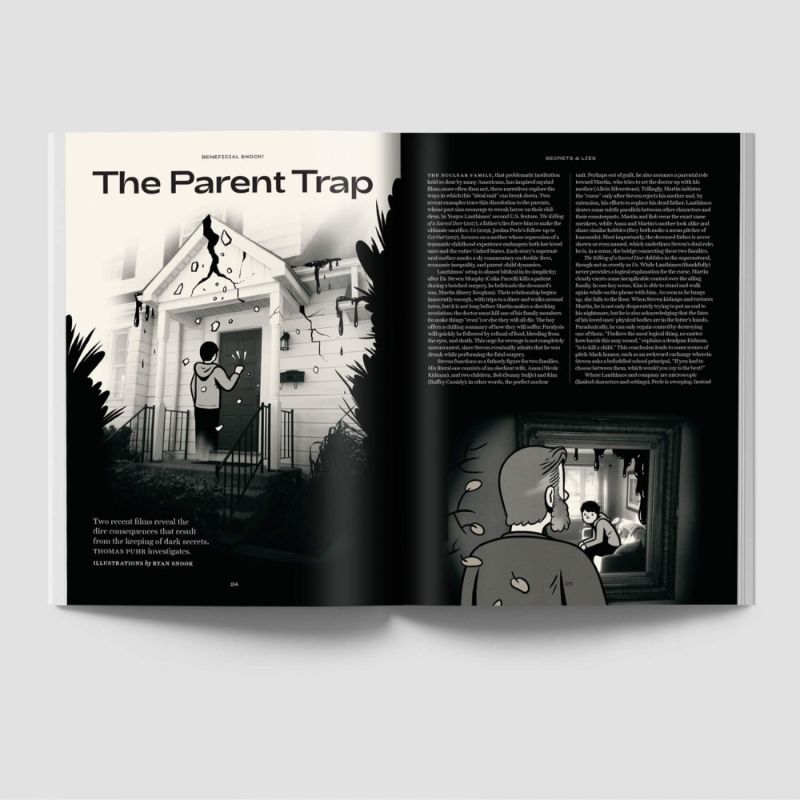 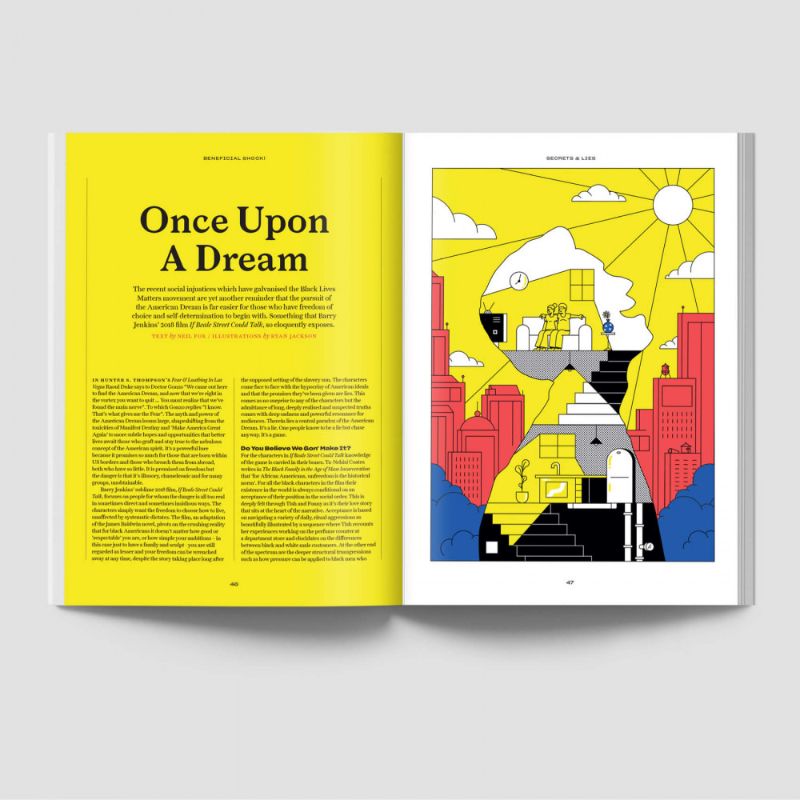 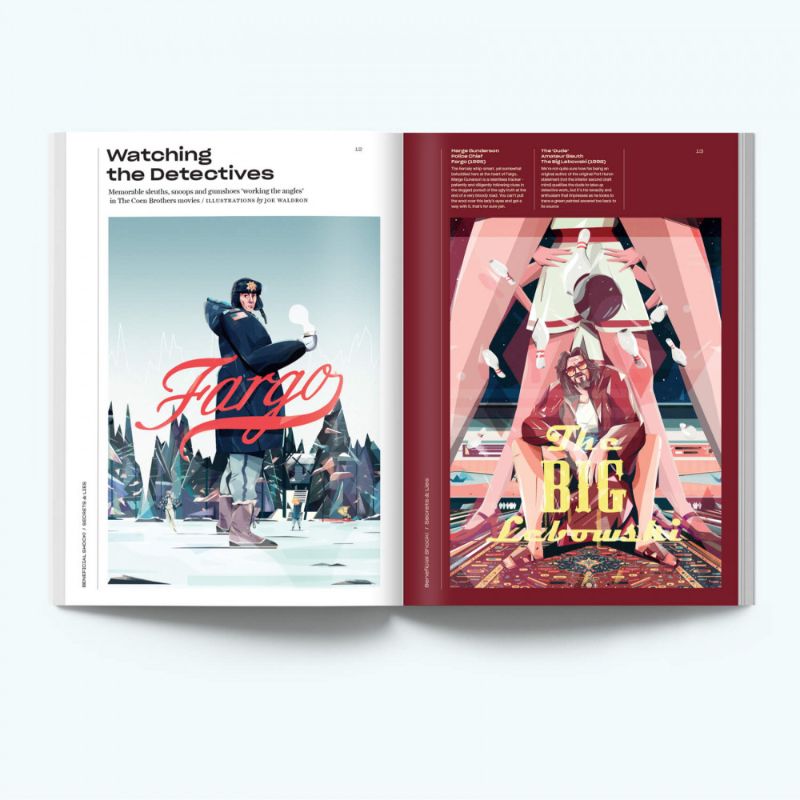 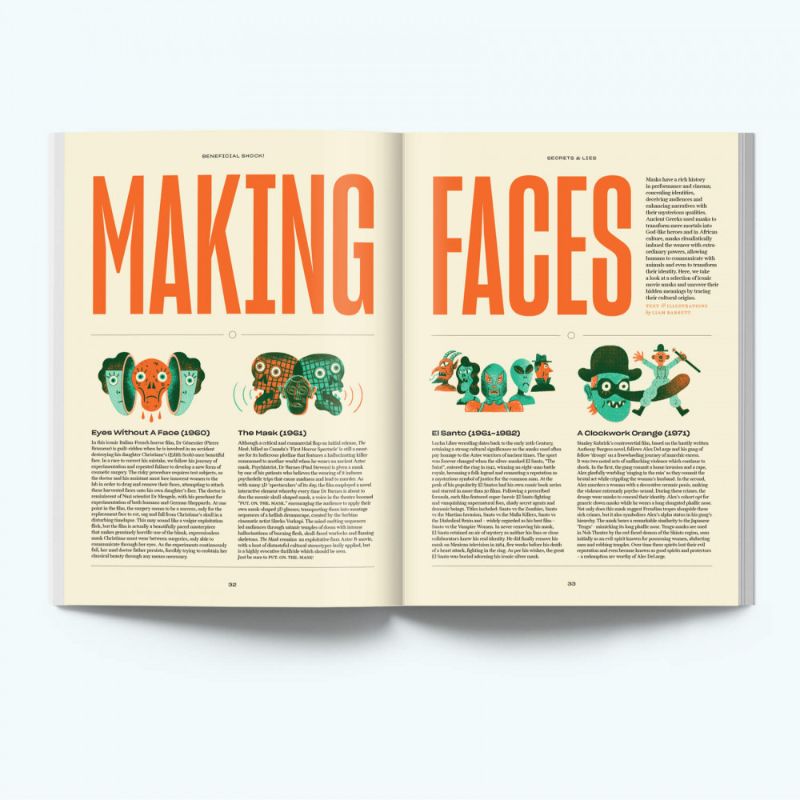 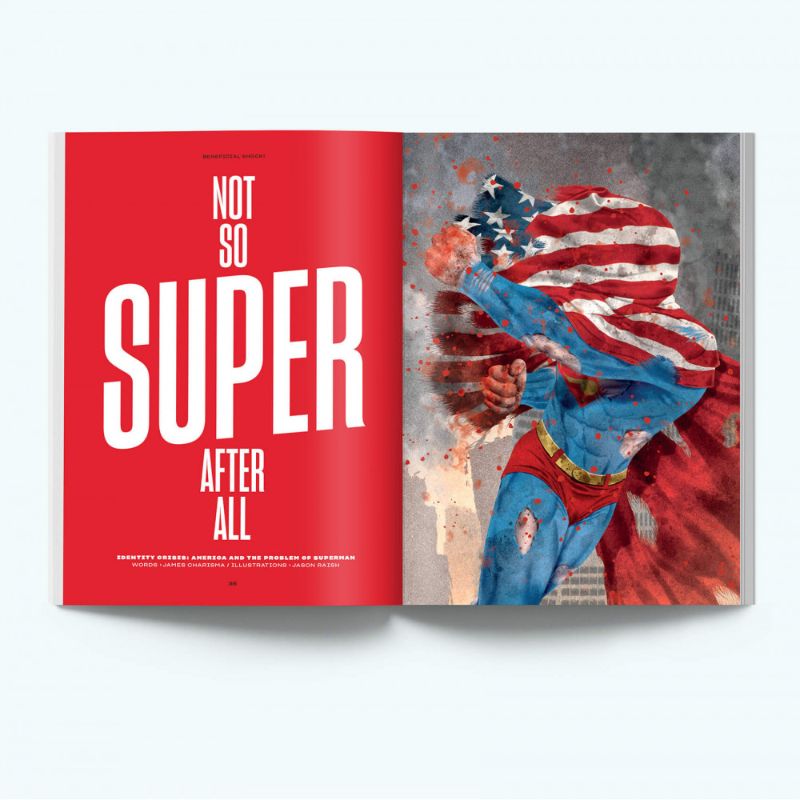 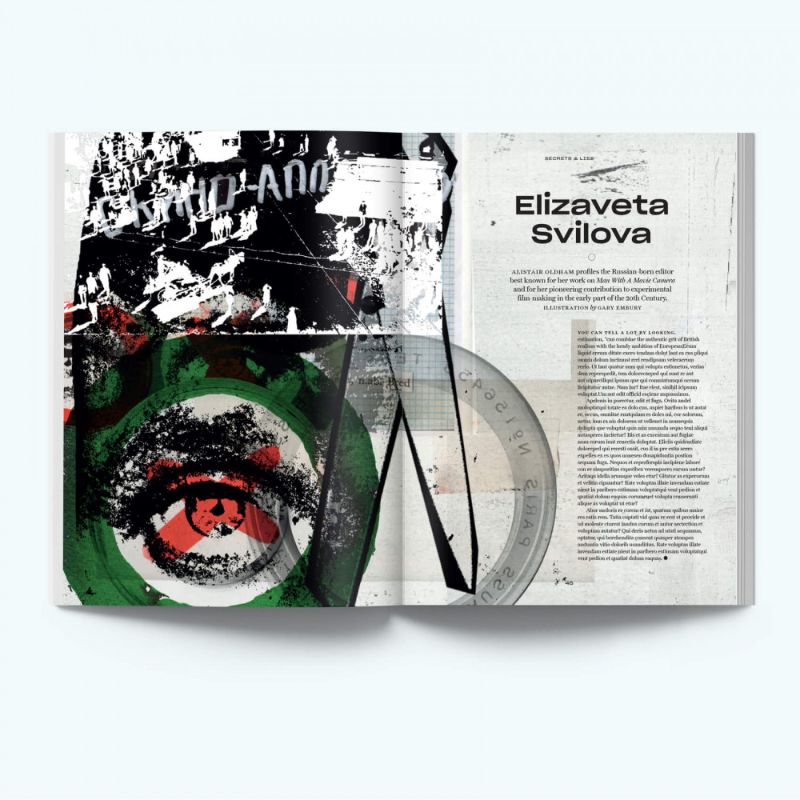 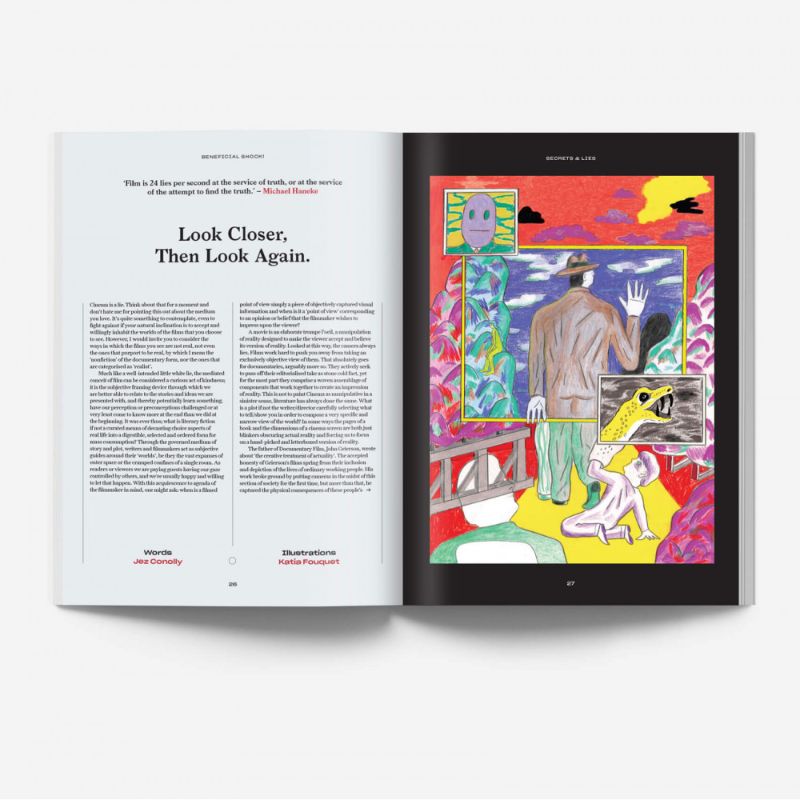 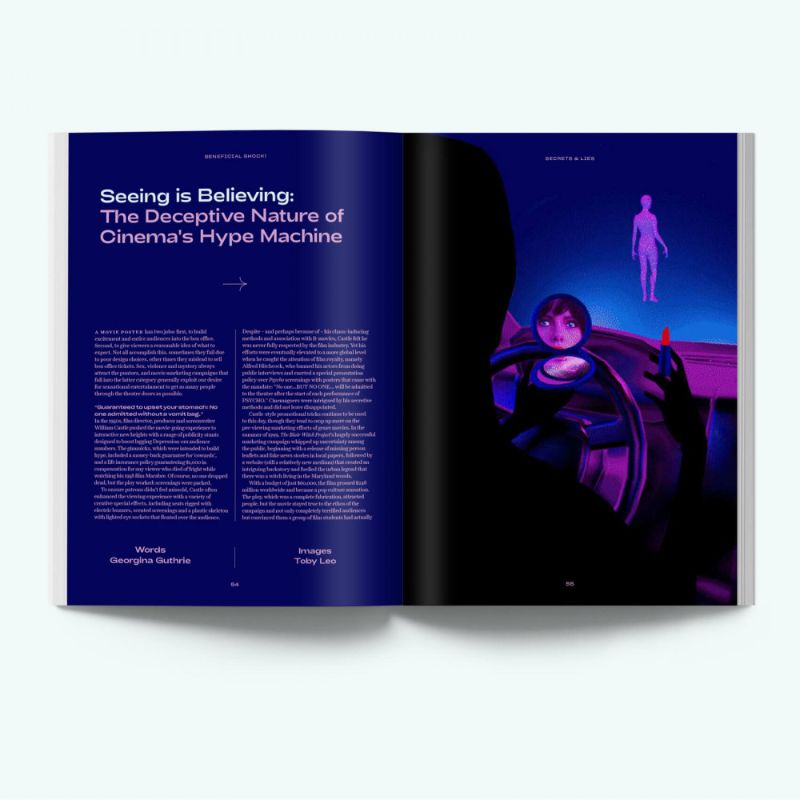 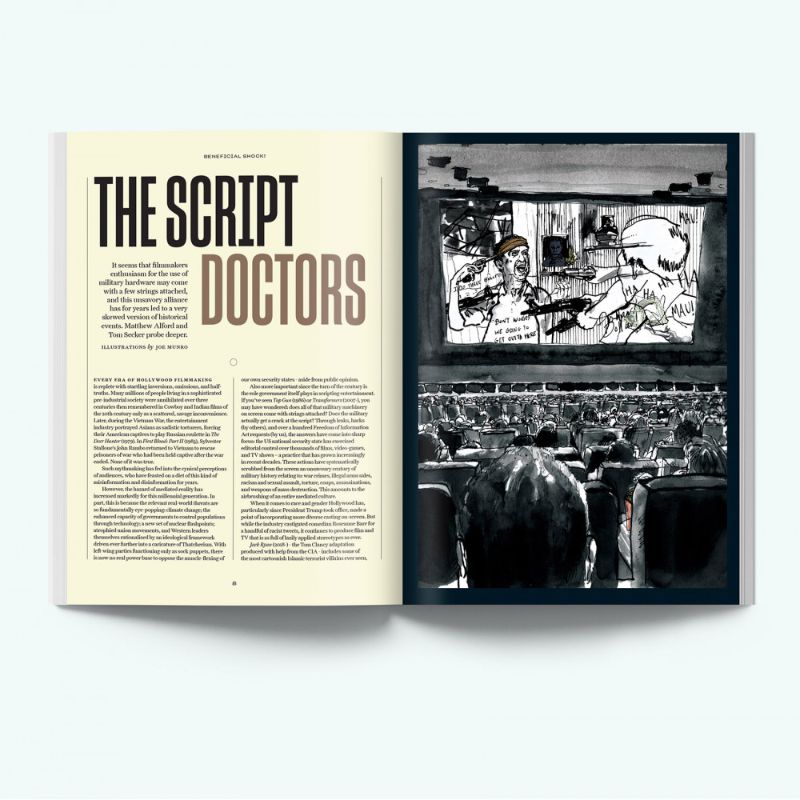 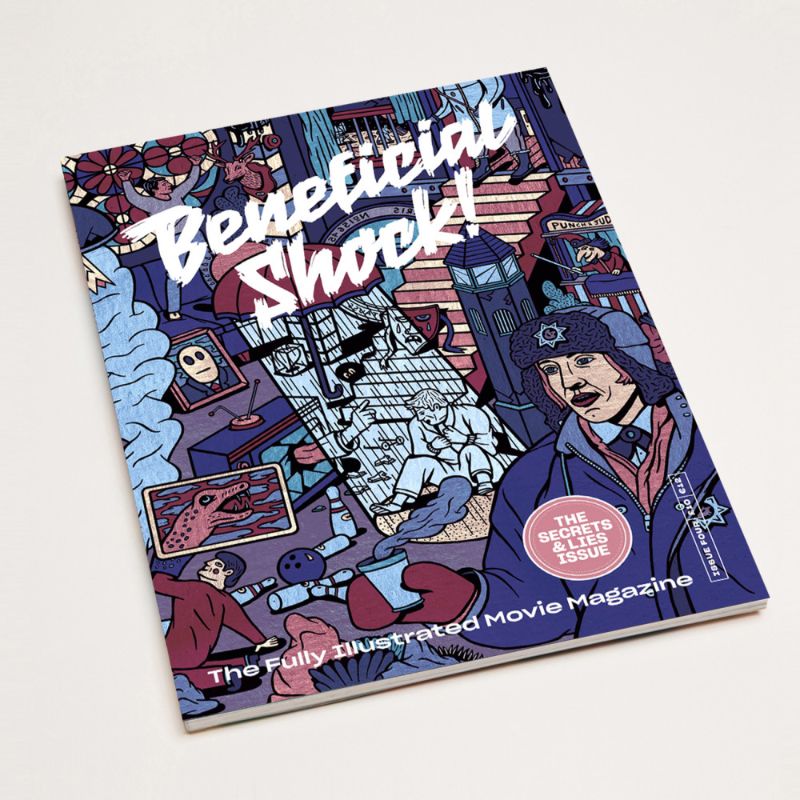 Beneficial Shock! is a new bi-annual magazine for film lovers and design enthusiasts, with accompanying screen based motion features that will champion progressive thinking from contemporary illustrators, graphic designers and photographers. Rather than your standard film magazine full of reviews, celebrity news and press images, Beneficial Shock! aims to use illustration, visual documentation and design in humorous and irreverent ways to expressively interpret film related content.

In short, film is just the beginning.

In each thematic issue we will explore a chosen topic, looking at its relationship to film in surprising and often unconventional ways.

Just as with the proliferation of conspiracy theories during times of massive global events such as these, secrets and lies fester in the dark, hidden parts of the human mind – and have the potential to change not just the course of an individual’s life, but that of the world as a whole.

It’s this shady area of moral ambiguity that we explore in issue 5 of your favourite illustrated movie magazine, as we shine a light into those dark corners where unscrupulous deals are done, dangerous truths are hidden and illusions are created to pacify the masses. We lift the lid on the covert alliance between Hollywood and the US military, expose the deceptive nature of cinema’s hype machine and look at the dire consequences that result when parents keep dark secrets from their offspring. We throw some fun stuff into the mix of course that includes a selection of memorable movie masks and a rogues gallery of Coen Brothers detectives, amongst many other illustrative delights for you all to enjoy. Just try to keep it under your hat, ok?