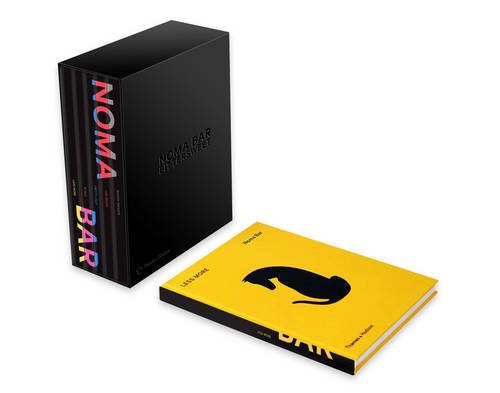 Here is a dazzling celebration of one of the most admired illustrators working today, with a specially produced print exclusive to this limited, slipcased edition.

Noma Bar’s innovative, playful style has made him one of the most sought-after illustrators working today, with a broad range of commissions from magazines and newspapers – including Empire, the New York Times, Wired, the Guardian and Time Out – and numerous private and advertising clients. His use of negative space and minimalist forms creates images with multiple readings that can delight and shock in equal measure. Each of Bar’s illustrations tells a story that is hidden in the details, with the message revealing itself as you look more closely.

Here, Noma Bar has handpicked his most iconic illustrations and favourite works, each one displaying the distinctive style that has established his reputation. The works are organized into thematic chapters such as ‘Pretty Ugly’ (portraits), ‘In Out’ (sex), ‘Life Death’ (conflict), and ‘Less More’ (daily life). Alongside the images, Bar reveals his working methods and the stories behind his often idiosyncratic inspiration for different illustrations, and reflects on how his life experiences have shaped him as an artist.

As a collection, the whole is much greater than the sum of these many, many-layered parts. This limited, slipcased edition is destined to become a must-have reference source for all professionals in the worlds of graphic design and illustration, while also being an enthralling treasury for any follower of visual and popular culture.