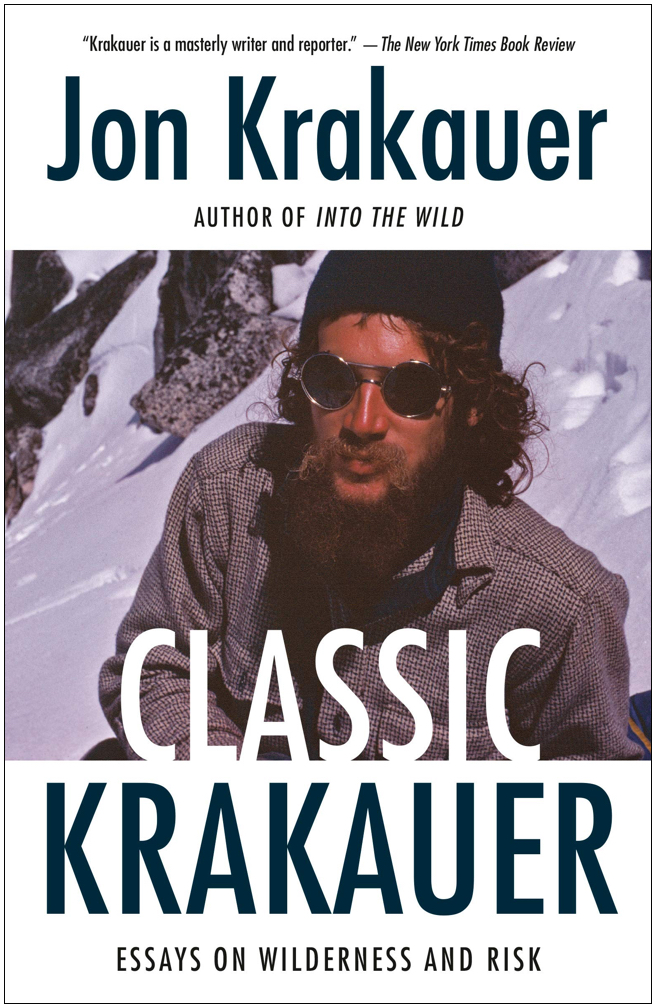 Classic Krakauer: Mark Foo’s Last Ride, After the Fall, and Other Essays

Spanning an extraordinary range of subjects and locations, these ten gripping essays show why Jon Krakauer is considered a standard-bearer of modern journalism. His pieces take us from a horrifying avalanche on Mount Everest to a volcano poised to obliterate a big chunk of Seattle; from a wilderness teen-therapy program run by apparent sadists to an otherworldly cave in New Mexico, studied by NASA to better understand Mars; from the notebook of one Fred Beckey, who catalogued the greatest unclimbed mountaineering routes on the planet, to the last days of legendary surfer Mark Foo.

Bringing together work originally published in such magazines as The New Yorker, Outside, and Smithsonian–all rigorously researched, vividly written, and marked by an unerring instinct for storytelling and scoop–Classic Krakauer powerfully demonstrates the author’s ambivalent love affair with unruly landscapes and his relentless search for truth.

In 1999 Jon Krakauer received an Academy Award in Literature from the American Academy of Arts and Letters. According to the award citation, “Krakauer combines the tenacity and courage of the finest tradition of investigative journalism with the stylish subtlety and profound insight of the born writer. His account of an ascent of Mount Everest has led to a general reevaluation of climbing and of the commercialization of what was once a romantic, solitary sport; while his account of the life and death of Christopher McCandless, who died of starvation after challenging the Alaskan wilderness, delves even more deeply and disturbingly into the fascination of nature and the devastating effects of its lure on a young and curious mind.”