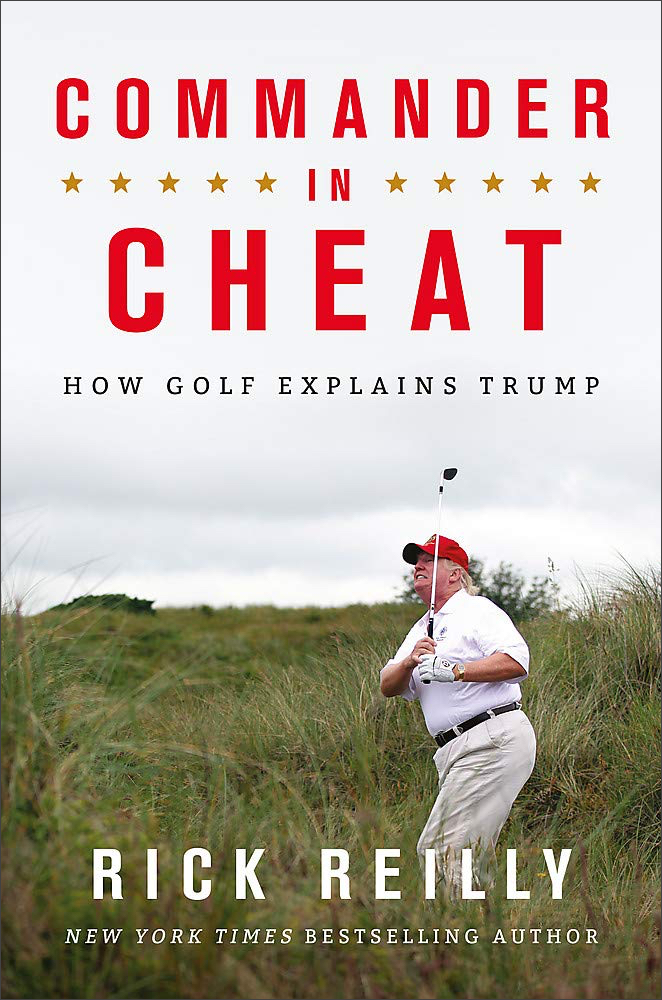 SHORTLISTED FOR THE 2019 WILLIAM HILL SPORTS BOOK OF THE YEAR. FROM THE JUDGES:
‘Rick Reilly lets Donald’s Trump relationship with his favourite sport speak for itself. Commander in Cheat is full of astonishing ‘you could not make it up’ detail delivered in full knowledge that nothing revealed would embarrass the President one jot. You will be howling with laughter and gasping in disbelief in equal measure so be careful when reading this fascinating book in public.’

‘Reilly pokes more holes in Trump’s claims than there are sand traps on all his courses combined. It is by turns amusing and alarming’ The New Yorker


Commander in Cheat: How Golf Explains Trump is a fascinating on-the-ground and behind-the-scenes survey of Donald Trump’s ethics deficit on and off the golf course.Renowned sports writer Rick Reilly transports readers onto the greens with President Trump, revealing the absurd ways in which he lies about his feats, and what they can tell us about the way he leads off the course in the most important job in the world.

‘Golf is like bicycle shorts. It reveals a lot about a man.’


Reilly has been with Trump on the fairways, the greens and in the rough, he has seen how the President plays – and it’s not pretty. Based on his personal experiences, and interviews with dozens of golf pros, amateurs, developers, partners, opponents, and even caddies who have first-hand involvement with Trump out on the course, Reilly takes a deep and often hilarious look at how Trump shamelessly cheats at golf, lies about it, sues over it, bullies with it, and profits from it.

‘Somebody should point out that the way Trump does golf is sort of the way he does a presidency, which is to operate as though the rules are for other people.’

From Trump’s ridiculous claim to have won eighteen club championships, to his devious cheating tricks, to his tainted reputation as a golf course tycoon, Commander in Cheat tells you everything you need to know about the man.

‘You could write a book about what Trump’s golf reveals about him. Here it is.’