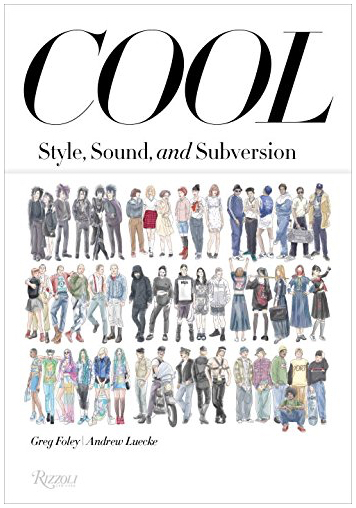 Cool is a compendium of global youth subcultures and street styles—from Flappers to Swing Kids, to Goths to today’s Normcore—that have shaped the fashion zeitgeist.

It’s no secret that the youth of the world buck conventional mainstream culture every chance they get, blazing countercultural trails in the process. Driven by their thirst for art and music, young people combine their inspirations with the innate desire to rebel, resulting in a defiant subculture; and mainstream society runs to catch up, to co-opt it and drag it to the mainstream. Flappers of the 1920s, rockabillies of the 1950s, hippies of the 1960s, cyberpunks of the 1990s: there are countless subculture styles that were born from resisting authority.

This book is equal parts historical chronicle and handbook of subcultures that have influenced style. The authors have compiled a comprehensive list of subcultures that have evolved over more than 100 years, taking a look at the fashion, the art, the music, and historical context of these style movements. Lavish with original illustrations, this book references a wealth of ephemera—including timelines, zeitgeist films, zines, secret music scenes, and art collectives—to give the reader a thoroughly vibrant picture of each movement and their sub-movements. It also includes playlists featuring thousands of key songs broken down by decade and celebrity contributors from the worlds of music, fashion, and