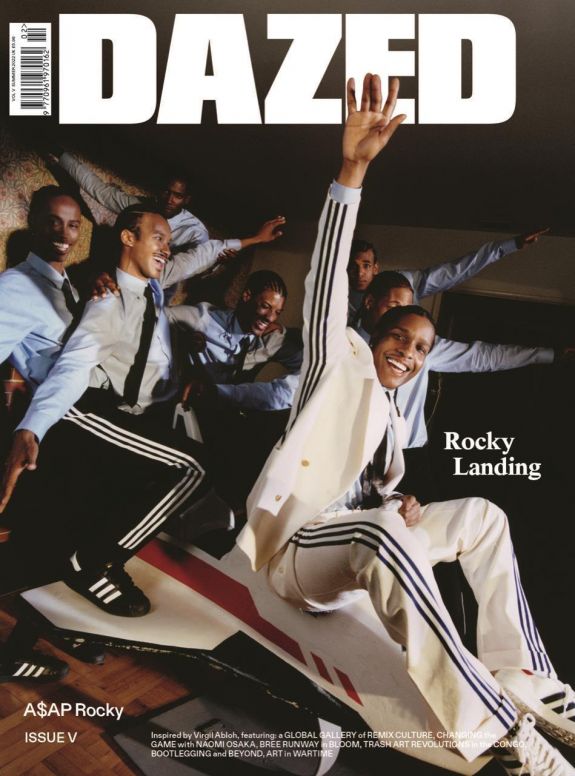 Dazed (formerly Dazed & Confused) has evolved from a London street scene magazine into an internationally-recognised title that continues to identify and create leading-edge cultural trends through its challenging and often controversial editorial, design and visual identity. With its world-exclusive interviews, groundbreaking fashion editorial, peerless photography and award-winning themed issues in music, art, fashion and film Dazed defines the cutting edge of style and fashion.

The fifth under editor-in-chief Ib Kamara – we are inspired by the legacy of Virgil Abloh, tracing the reverberation of his impact on collaborators and creative inheritors across the world.

Our second cover. at just 24 Naomi Osaka’s won four Grand Slams, lit the Olympic torch, and changed the way we talk about mental health in sport forever. Hitting back against her critics, in our #IssueV cover story, Naomi reflects on the quest for self-worth that transcends trophies.