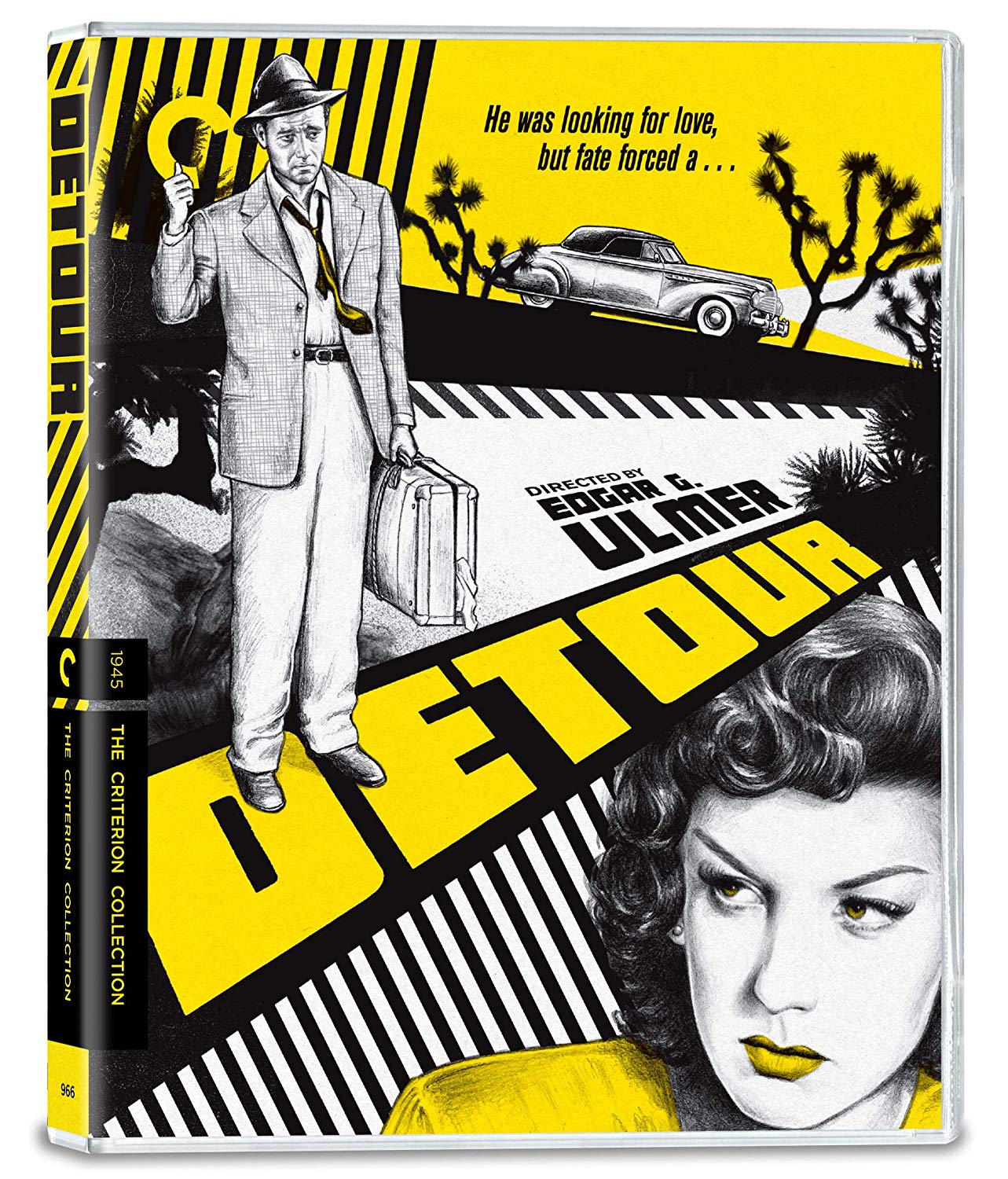 Edgar G. Ulmer’s legendary B movie, the quintessence of film noir, newly restored and on Blu-ray for the first time.

From Poverty Row came a movie that, perhaps more than any other, epitomizes the dark fatalism at the heart of film noir. As he hitchhikes his way from New York to Los Angeles, a down-on-his-luck nightclub pianist (Tom Neal) finds himself with a dead body on his hands and nowhere to run-a waking nightmare that goes from bad to worse when he picks up the most vicious femme fatale in cinema history, Ann Savage’s snarling, monstrously conniving drifter Vera.

Working with no-name stars on a bargain basement budget, B auteur Edgar G. Ulmer (People on Sunday) turned threadbare production values and seedy, low-rent atmosphere into indelible pulp poetry. Long unavailable in a format in which its hard-boiled beauty could be fully appreciated, Detour haunts anew in its first major restoration.