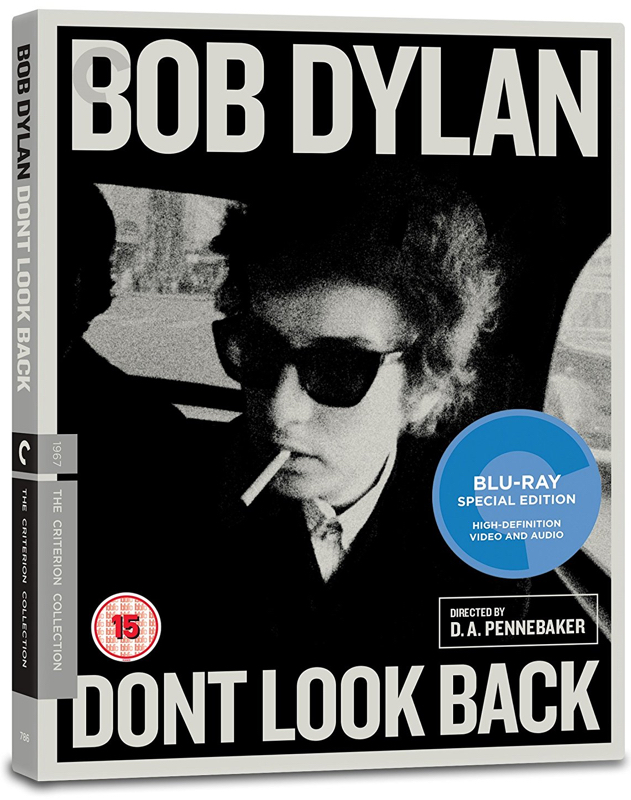 Bob Dylan is captured on-screen as he never would be again in this ground-breaking film from D. A. Pennebaker (Monterey Pop, Company). The legendary documentarian finds Dylan in London during his 1965 tour, which would be his last as an acoustic artist and marked a turning point in his career. In this wildly entertaining vision of one of the twentieth century’s greatest artists thrust into the spotlight, Dylan is surrounded by teen fans; gets into heated philosophical jousts with journalists; and kicks back with fellow musicians Joan Baez, Donovan, and Alan Price. Featuring some of Dylan’s most famous songs, including “Subterranean Homesick Blues,” “The Times They Are A-Changin’,” and “It’s All Over Now, Baby Blue,” Don’t Look Back is a radically conceived and shot portrait of an American icon that has influenced decades of vérité behind-the-scenes documentaries.

Special features:
– Audio commentary from 1999 featuring Pennebaker and tour manager Bob Neuwirth
– 65 Revisited, a 2006 documentary by Pennebaker
– Audio excerpt from a 2000 interview with Bob Dylan for the documentary No Direction Home, cut to previously unseen outtakes from Don’t Look Back
– New documentary about the evolution of Pennebaker’s filming style
– Daybreak Express (1953), Baby (1954), and Lambert & Co. (1964), three short films by Pennebaker
– New conversation between Pennebaker and Neuwirth about their work together
– Snapshots from the Tour, a new piece featuring never-before-seen outtakes from Don’t Look Back
– New interview with musician Patti Smith
– Conversation between music critic Greil Marcus and Pennebaker from 2010
– Alternate version of the film’s “Subterranean Homesick Blues” cue card sequence
– Five audio recordings of Dylan songs not used in the film
– Trailer
– PLUS: A booklet featuring an essay by critic and poet Robert Polito