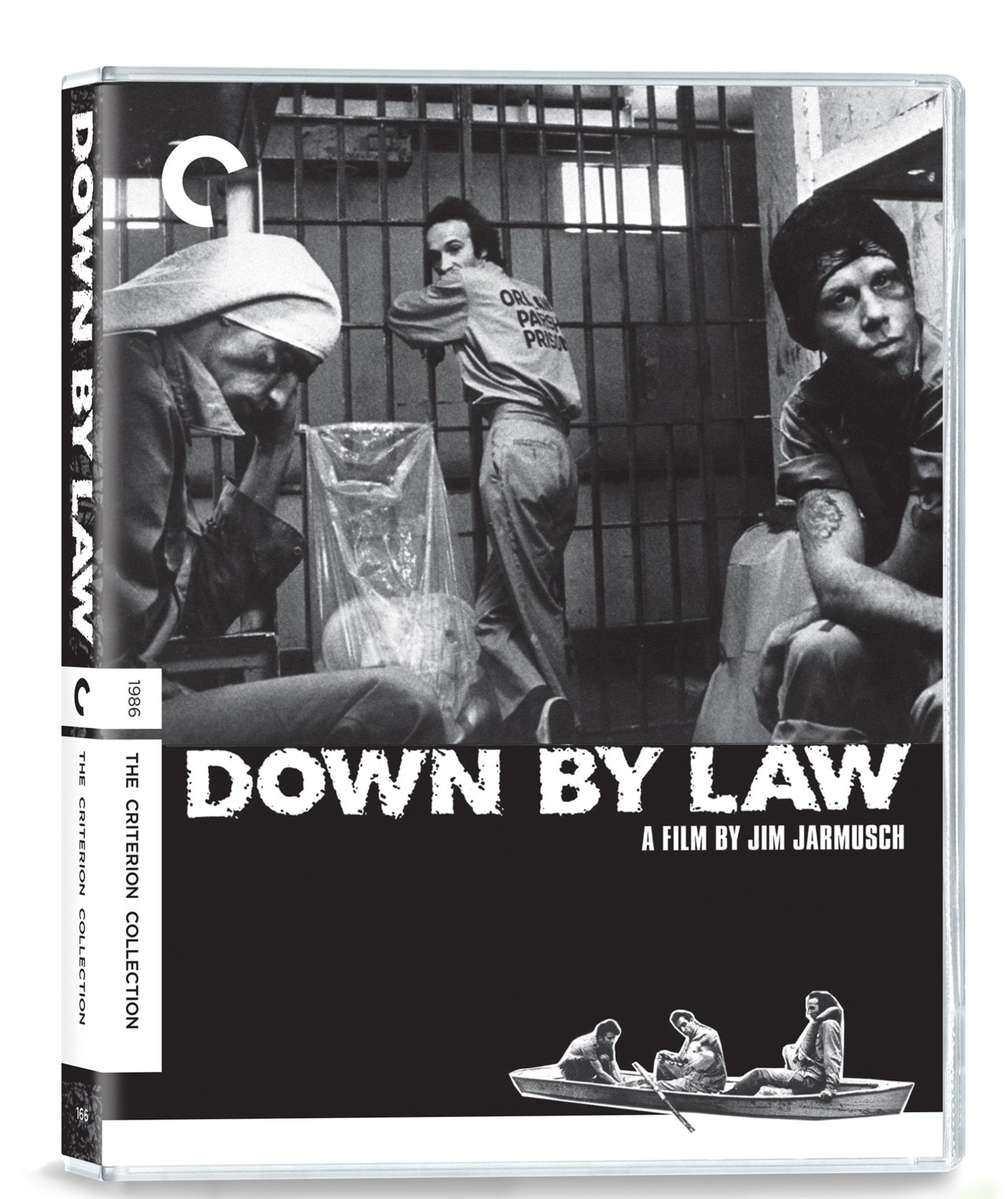 Down By Law (Blu-Ray)

Special features:
– High-definition digital restoration, with uncompressed monaural soundtrack
– Thoughts and reflections on the making of the film from director Jim Jarmusch in 2002
– Interview with director of photography Robby Müller from 2002
– Footage from the 1986 Cannes Film Festival, including a press conference featuring Jarmusch and actors John Lurie, Roberto Benigni, and Nicoletta Braschi, and an interview with Lurie, with commentary
– Sixteen outtakes
– Music video for Tom Waits’s cover of Cole Porter’s “It’s All Right with Me,” directed by Jarmusch
– Q&A with Jarmusch in which he responds to fans’ questions
– Recordings of phone conversations between Jarmusch and Waits, Benigni, and Lurie
– Production Polaroids and location still
– Isolated music track
– Optional French dub track, featuring Benigni
– Trailer
– PLUS: An essay by critic Luc Sante