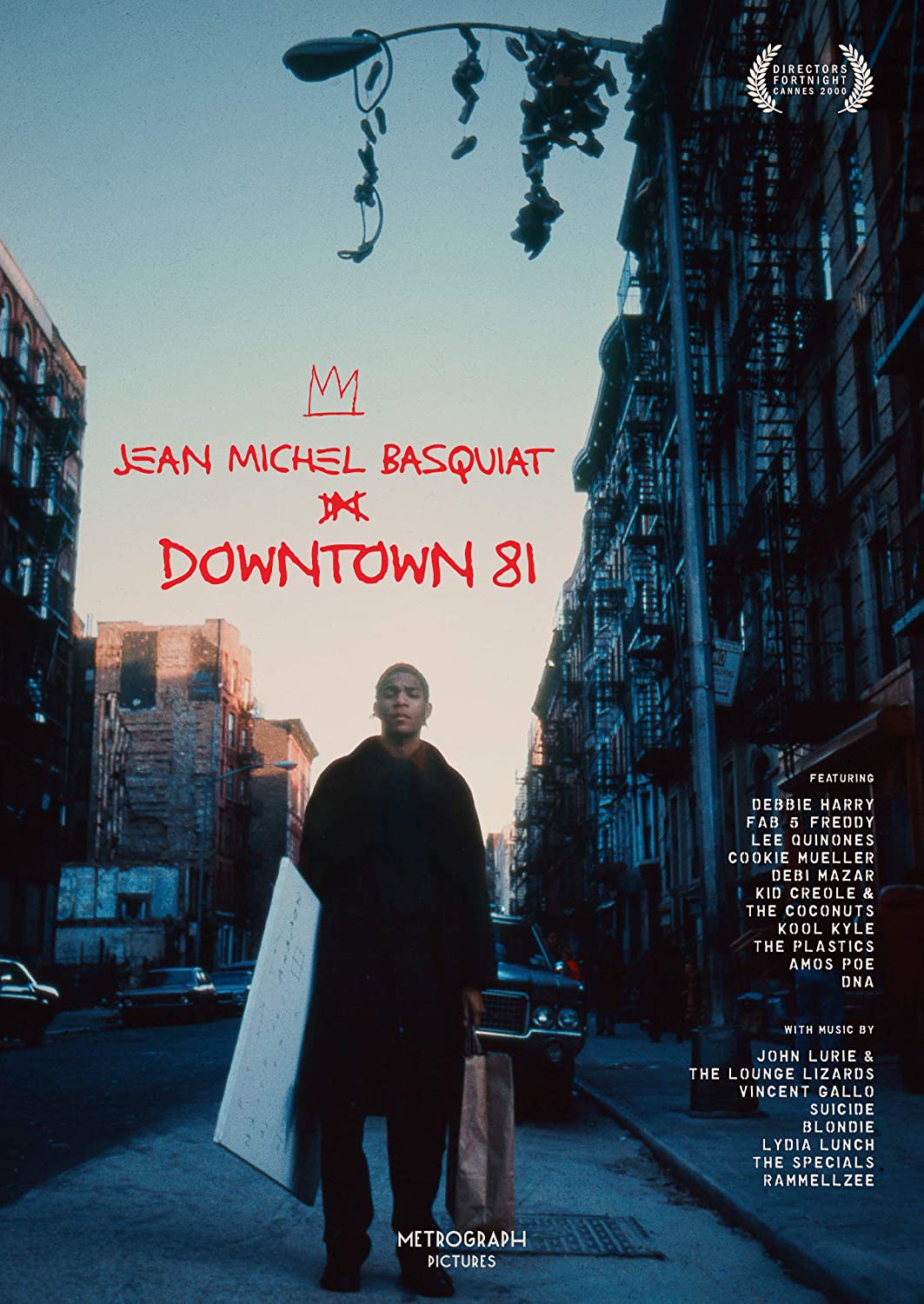 In 1981, writer and Warhol associate Glenn O’Brien, Swiss photographer Edo Bertoglio, and Jean-Michel Basquiat, a graffiti innovator and noise music artist who’d just begun to exhibit his paintings, hit the streets of lower Manhattan to make a movie about the bombed out bohemia that they knew, with a script by O’Brien, Bertoglio directing, and Basquiat, a naturally compelling presence, starring. Left incomplete due to money problems and assembled for release in 2000, Downtown 81, which follows Basquiat trying to move a painting while hustling for a place to sleep, became a window on a lost world of life on the margins and crazy creative ferment. Featuring John Lurie, Fab Five Freddy, and Debbie Harry, with musical performances by DNA, James White and the Blacks, and Kid Creole and the Coconuts—and Manhattan in all its mangy glory.