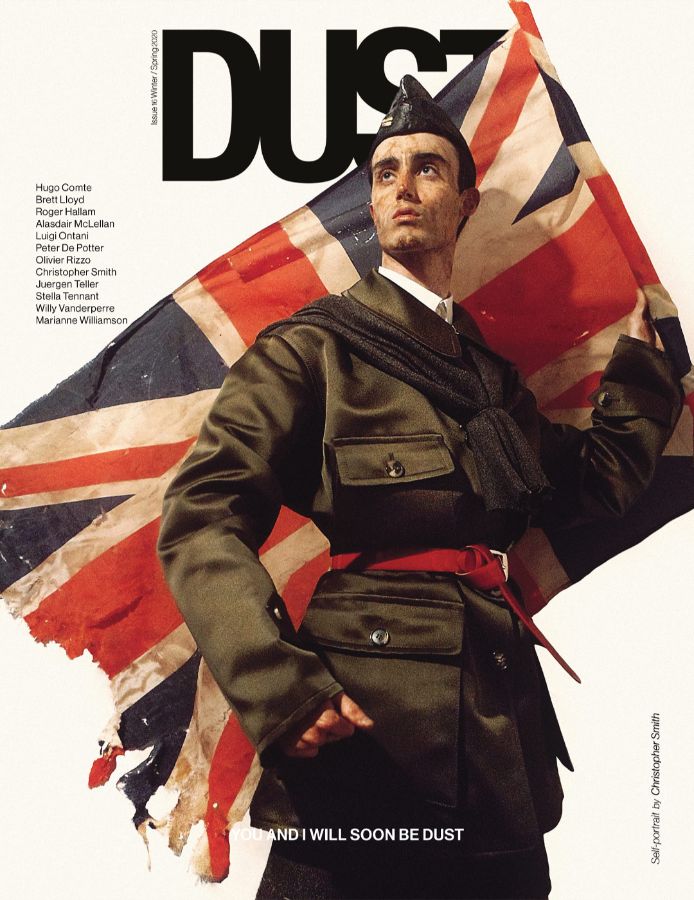 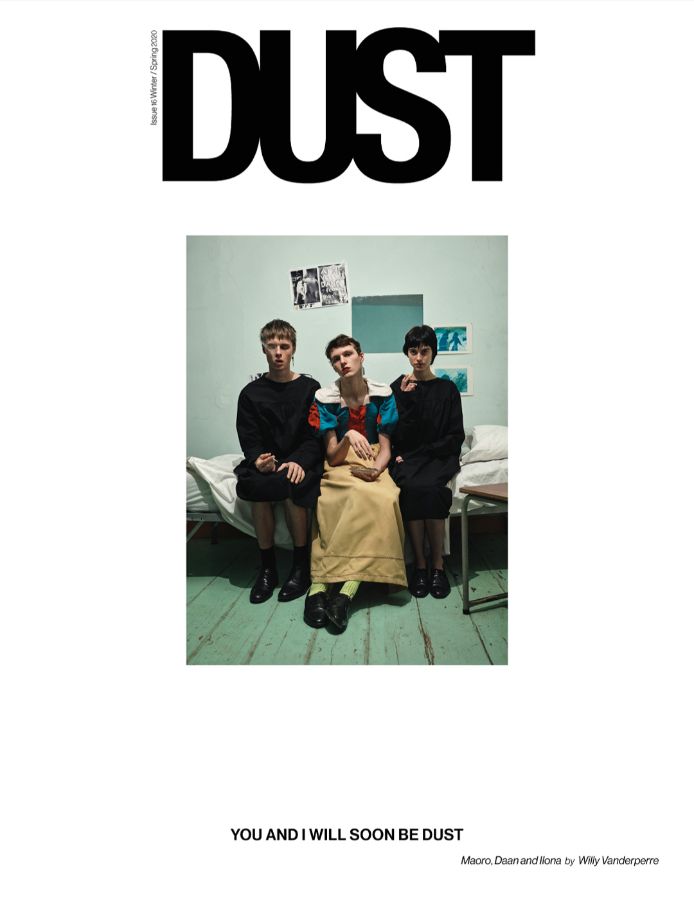 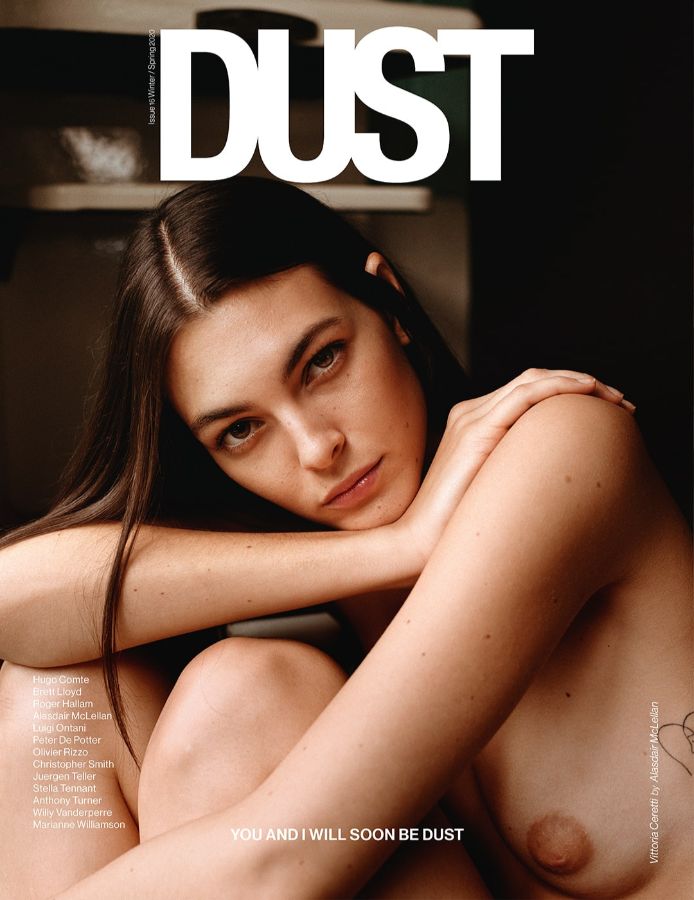 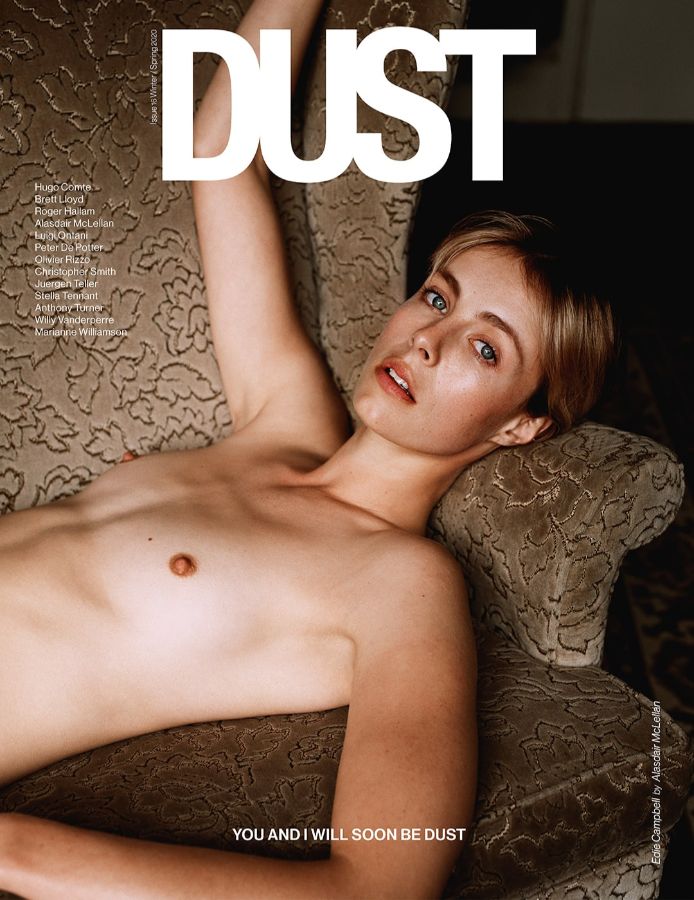 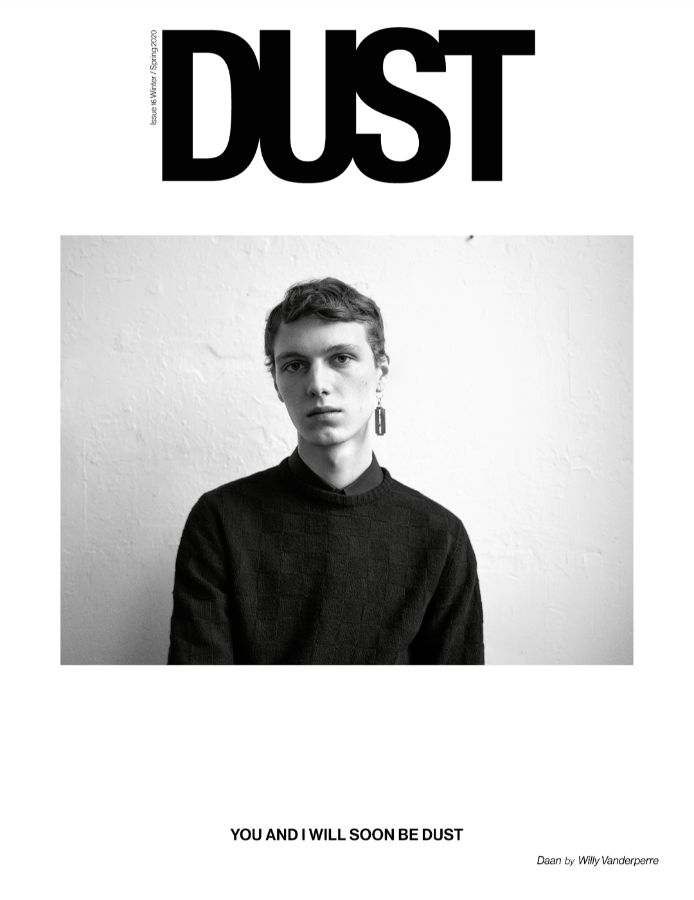 In the industrial cities, tiny little particles flutter in suspension, coming from industries, cars and even sometimes from hydroelectric power stations: it’s the DUST. Hidden, silent, omnipresent in our lives, it lands everywhere: the house, the roof, among the hair, between the fingers….

DUST is a new refreshing fashion & art magazine. With a biannual publishing frequency, Dust was born in early 2010 with the desire to provide a new and different point of view to the fashion magazine market.

We feel the need of filling the gaps that the rest of magazines leave, fighting in a certain way, against the increasingly stronger elitist spirit of the publishing world.

We bet and support artist’s collaborations, whether they are anonymous or upcoming ones, we’d like to search new talents, since we are interested on the real quality of their work, and not only on the name of the people who made it.

We want artists to feel completely free to develop and vent their own needs so they can create their works without any fear or vain censures. We will go deep into the artist’s world, interviewing and meeting them, in order to get a real knowledge of their creations and personality. We want fashion to become something much closer to an artistic point of view than to a commercial atmosphere, as we consider it as a path for creation and not the opposite.

That’s why we are not interested in the collection’s date, or the suitable time for promotion since we consider that art and fashion are always contemporary. DUST is a London based magazine, even if it’s made and produced in different cities around the world, such as New York, Madrid, Berlin, Milan and Paris by a specific team of creative minds that want to renew the current situation with this new thriving project.

You and I will soon be dust and the choices we make is all that will remain of us — starting with this incipit, DUST #16 focuses on the responsibility of choices as a matter of survival. To discuss the challenges this generation is facing, we spoke with MARIANNE WILLIAMSON, a Democratic candidate for the 2020 U.S. presidential election, about Love as political language and the urge of a moral and spiritual awakening for today’s citizens. We discuss non-violent mass rebellion as the only way to stop climate breakdown and social collapse with Extinction Rebellion’s co-founder ROGER HALLAM. With the famous cultural theorist YVES CITTON we examine the term ‘mediarchy’, the new regime of experience, media and power; and also the term ‘collapsonauts’, which refers to those who are learning to navigate the current climate of imminent collapse. We talk with journalists JELMER MOMMERS and ERIC HOLTHAUS about new narratives in reporting climate change and the urgency of taking action. Organised citizen lobbyism is what we discussed with ALBERTO ALEMANNO, founder of ‘The Good Lobby’ and, furthermore, KELLAN STANNER and KATE ZIDAR tell us about the ‘LES Ecology center’ in N.Y. and community-based models in urban sustainability. Migration, fashion and the merging of different cultures is what we discuss with CATERINA PECCHIOLI. With JUSTIN PIERCE and DHANI VALLES we talk about redefining the concept of ‘masculinity’ in today’s society. For the 30th anniversary of the fall of the Berlin Wall, we talk about youth protests of yesterday and today, together with the role of art in troubling times with RAINER GÖRSS, whose artistic career began during the GDR. One of the highlights of this issue is the feature on one of the most prominent Italian living artists, the Master LUIGI ONTANI, with whom we explored together his life, his art, and his memorable career. Last but not least, ANGELO FLACCAVENTO reinterprets and updates a text written in 1824 by the great Italian writer and thinker Giacomo Leopardi, ’The dialogue of fashion and death’. This and more on DUST #16 – You And I Will Soon Be Dust.