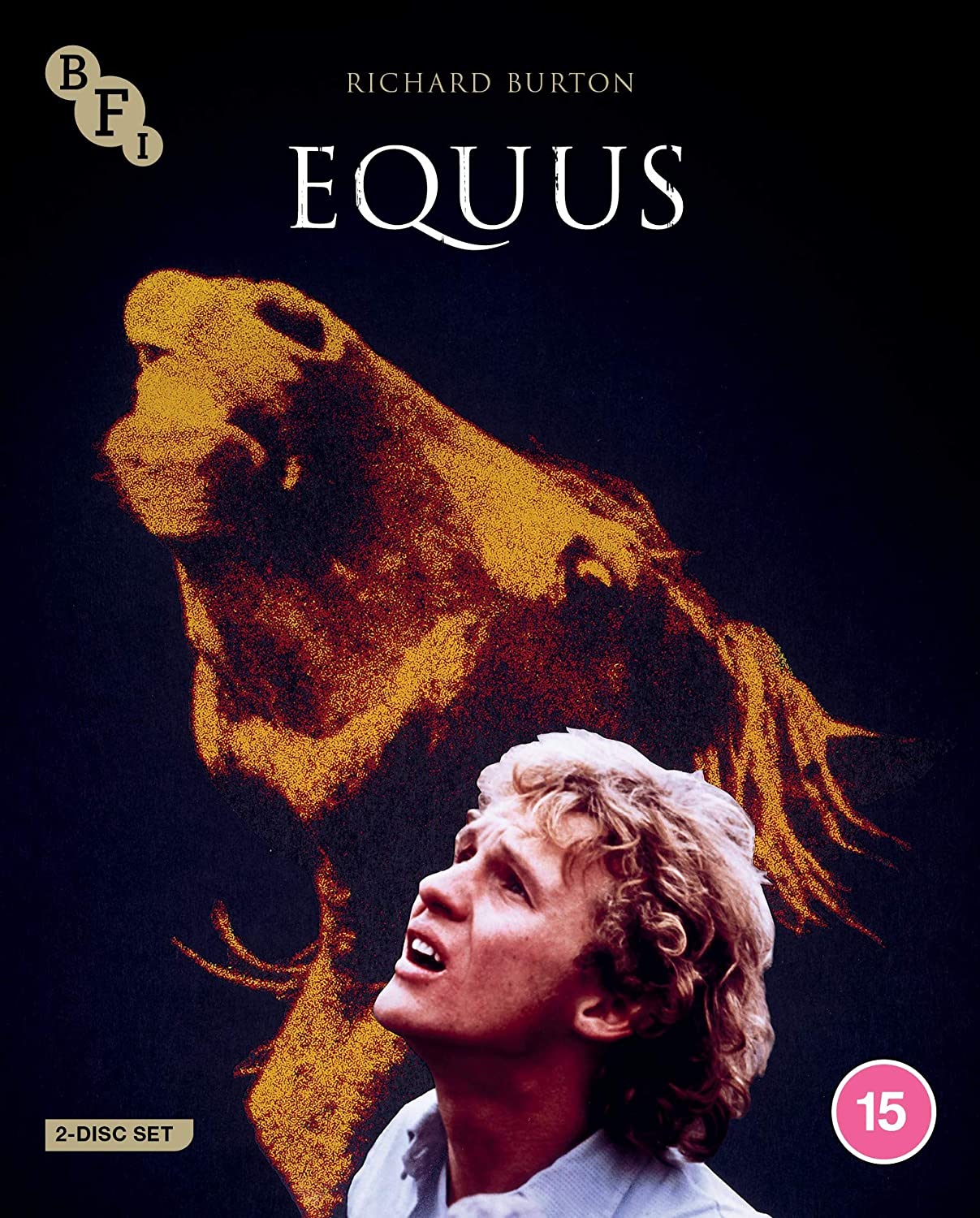 Alan Strang (Peter Firth) is a troubled teenager who suffers from an uncontrollable urge to blind horses. In court, facing prosecution for his actions, psychiatrist Dr Martin Dysart (Richard Burton) attempts to unravel the root causes of Alan’s pathologic affliction.

Adapted by Peter Shaffer from his own landmark, Tony-winning play, Equus is a gripping psychological thriller exploring how corrupted ideals can lead to grave consequences.

Special features:
• 2-DISC LIMITED EDITION (3,000 copies only)
• Audio commentary by Julie Kirgo and Nick Redman (2014)
• Isolated score
• Sidney Lumet Guardian Lecture (1981, 89 mins, audio only): Director Sidney Lumet talks to Derek Malcolm about US politics, the state of the film industry and how he approaches his craft in this interview recorded at the National Film Theatre
• Peter Firth in conversation with Leigh Singer (2020, 45 mins, audio): Actor Peter Firth talks to Leigh Singer about his work in both the National Theatre and Broadway productions of Peter Shaffer’s play Equus and how he came to be involved in Sidney Lumet’s film adaptation
• The Watchers (26 mins): Richard Foster’s BFI-produced short imbues the English landscape with extra-terrestrial menace as Julie’s fate is sealed in an extraordinary climax
• In From the Cold? A Portrait of Richard Burton (1988, 126 mins): Tony Palmer’s feature-length documentary profiling the iconic actor is filled with insightful interviews (including several archival ones with Burton himself) and some brief but enjoyable snippets from several of his films
• Religion and the People (1940, 14 mins): Short documentary by Andrew Buchanan illustrating a time when faith lay at the very heart of the British experience
• The Farmer’s Horse (1951, 17 mins): In a time of increasing mechanisation, this public information film makes the case for the sturdy and reliable farm horse
• Original theatrical trailer
• ***FIRST PRESSING ONLY*** Fully illustrated booklet with new writing on the film, director Sidney Lumet and writer Peter Shaffer and full film credits