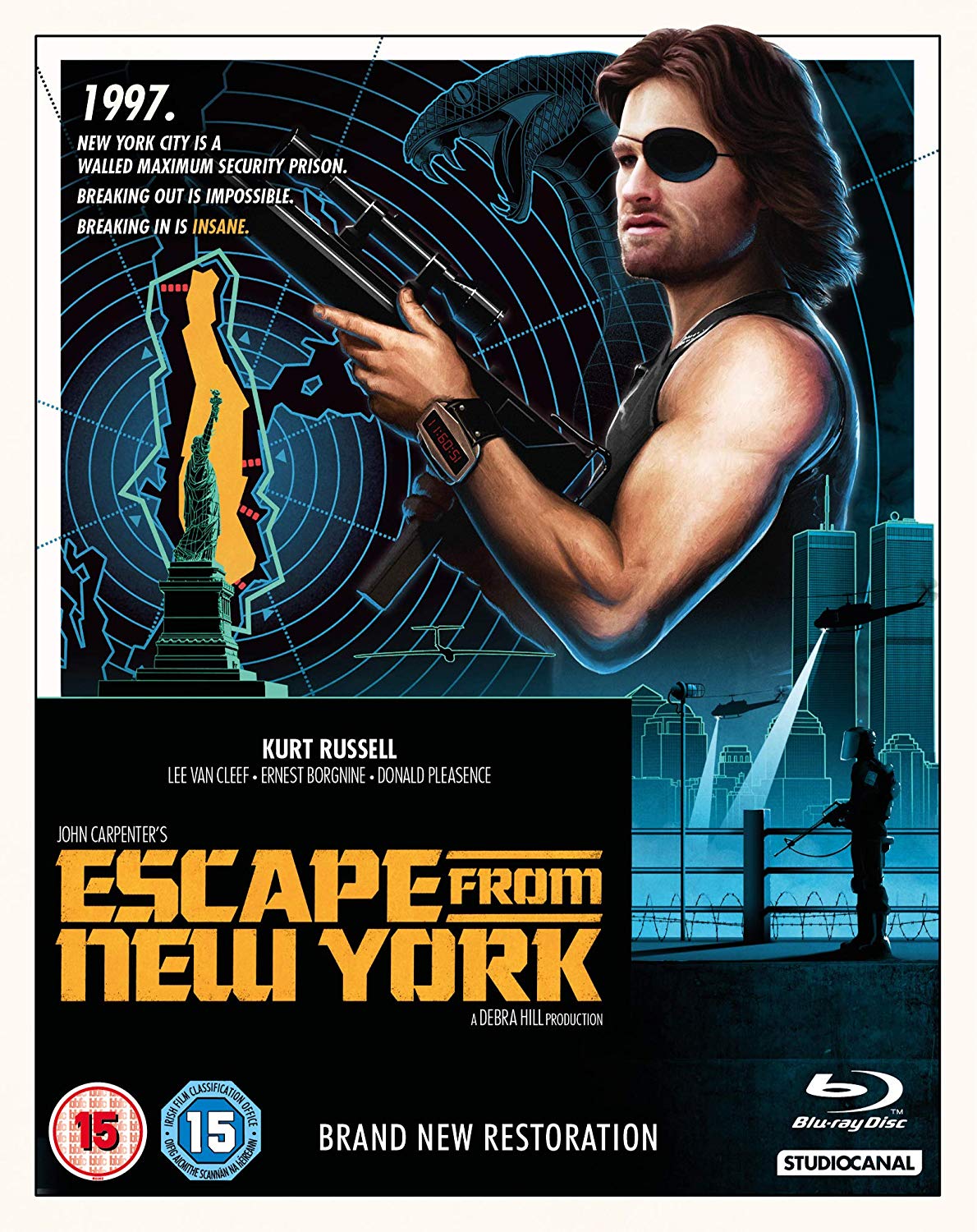 The year is 1997 and in a police state future the island of Manhattan has been turned into a maximum security prison. The rules are simple: once you’re in, you don’t come out. But when the President of the United States (Donald Pleasence) crash lands an escape pod into the centre of the city after fleeing a hijacked plane, a ruthless prison warden (Lee Van Cleef) bribes ex-soldier and criminal Snake Plisskin into entering the hazardous Manhattan and rescuing the distraught president from the twisted world of New York and from the demented clutches of its new ruler The Duke (Isaac Hayes) in John Carpenter’s cyber-punk, action, suspense spectacular.

• Photo gallery incl. Behind the Scenes