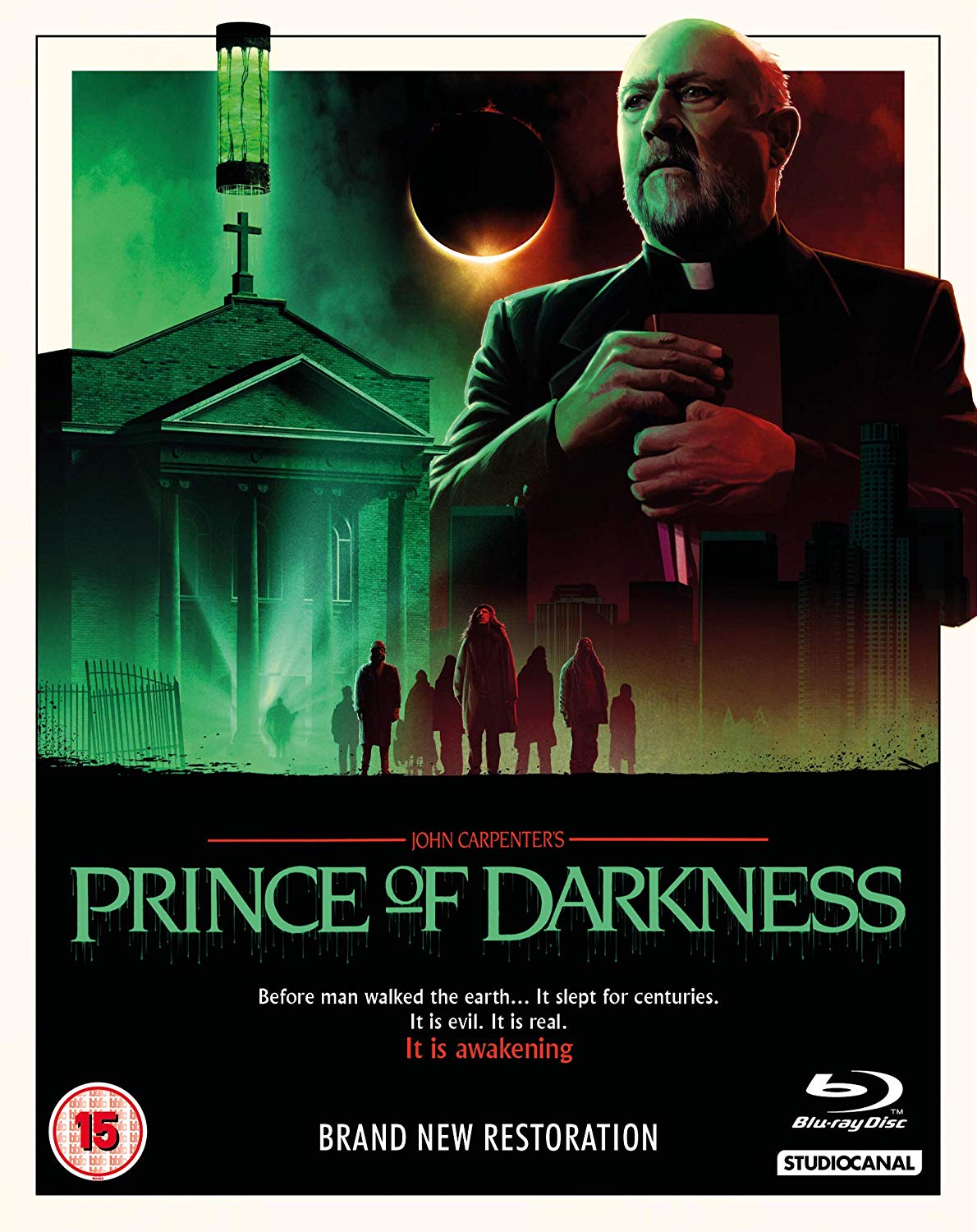 Beautifully restored on Blu-Ray this edition of Prince of Darkness includes an extra disc filled with extra features including a brand new documentary.

Deep in the basement of an abandoned church, once run by a sinister religious sect, lies a strange bottle of green liquid being investigated by a group of local theoretic physics students. But as the night draws in the students soon realise that the strange relic holds a dark and powerful force beyond their control. A force that could well be the essence of pure evil: the remains of Satan himself.

• Photo gallery incl. Behind the Scenes