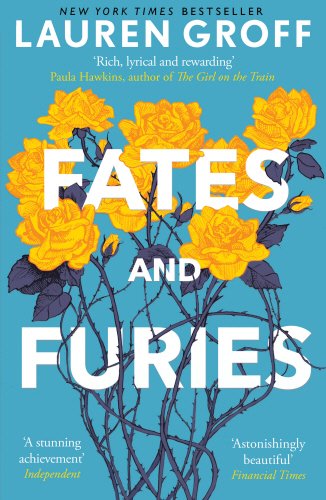 Every story has two sides.
Every relationship has two perspectives.
And sometimes, it turns out, the key to a great marriage is not its truths but its secrets.

At age twenty-two, Lotto and Mathilde are tall, glamorous, madly in love and destined for greatness. A decade later, their marriage is still the envy of their friends, but behind closed doors things are even more complicated and remarkable than they have seemed.

“Rare and impressive… Groff has created a novel of extraordinary and genuine complexity…The word “ambitious” is often used as code for “overly ambitious”, a signal that an author’s execution has fallen short. No such hidden message here. Lauren Groff is a writer of rare gifts, and Fates and Furies is an unabashedly ambitious novel that delivers – with comedy, tragedy, well-deployed erudition and unmistakable glimmers of brilliance throughout.” (New York Times)