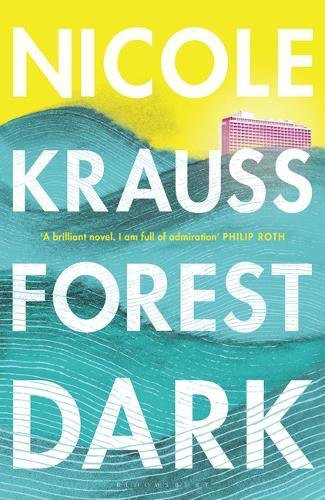 From the bestselling, twice Orange Prize-shortlisted, National Book Award-nominated author comes a vibrant tale of transformation: of a man in his later years and a woman novelist, each drawn to the Levant on a journey of self-discovery.

Jules Epstein has vanished from the world. He leaves no trace but a rundown flat patrolled by a solitary cockroach, and a monogrammed briefcase abandoned in the desert.

To Epstein’s mystified family, the disappearance of a man whose drive and avidity have been a force to be reckoned with for sixty-eight years marks the conclusion of a gradual fading. This transformation began in the wake of Epstein’s parents’ deaths, and continued with his divorce after more than thirty-five years of marriage, his retirement from a New York legal firm, and the rapid shedding of possessions he’d spent a lifetime accumulating. With the last of his wealth and a nebulous plan, he departs for the Tel Aviv Hilton.

Meanwhile, a novelist leaves her husband and children behind in Brooklyn and checks into the same hotel, hoping that the view of the pool she used to swim in on childhood holidays will unlock her writer’s block. But when a man claiming to be a retired professor of literature recruits her for a project involving Kafka, she is drawn into a mystery that will take her on a metaphysical journey and change her in ways she could never have imagined.

Bursting with life and humour, this is a profound, mesmerising, achingly beautiful novel of metamorphosis and self-realisation – of looking beyond all that is visible towards the infinite.