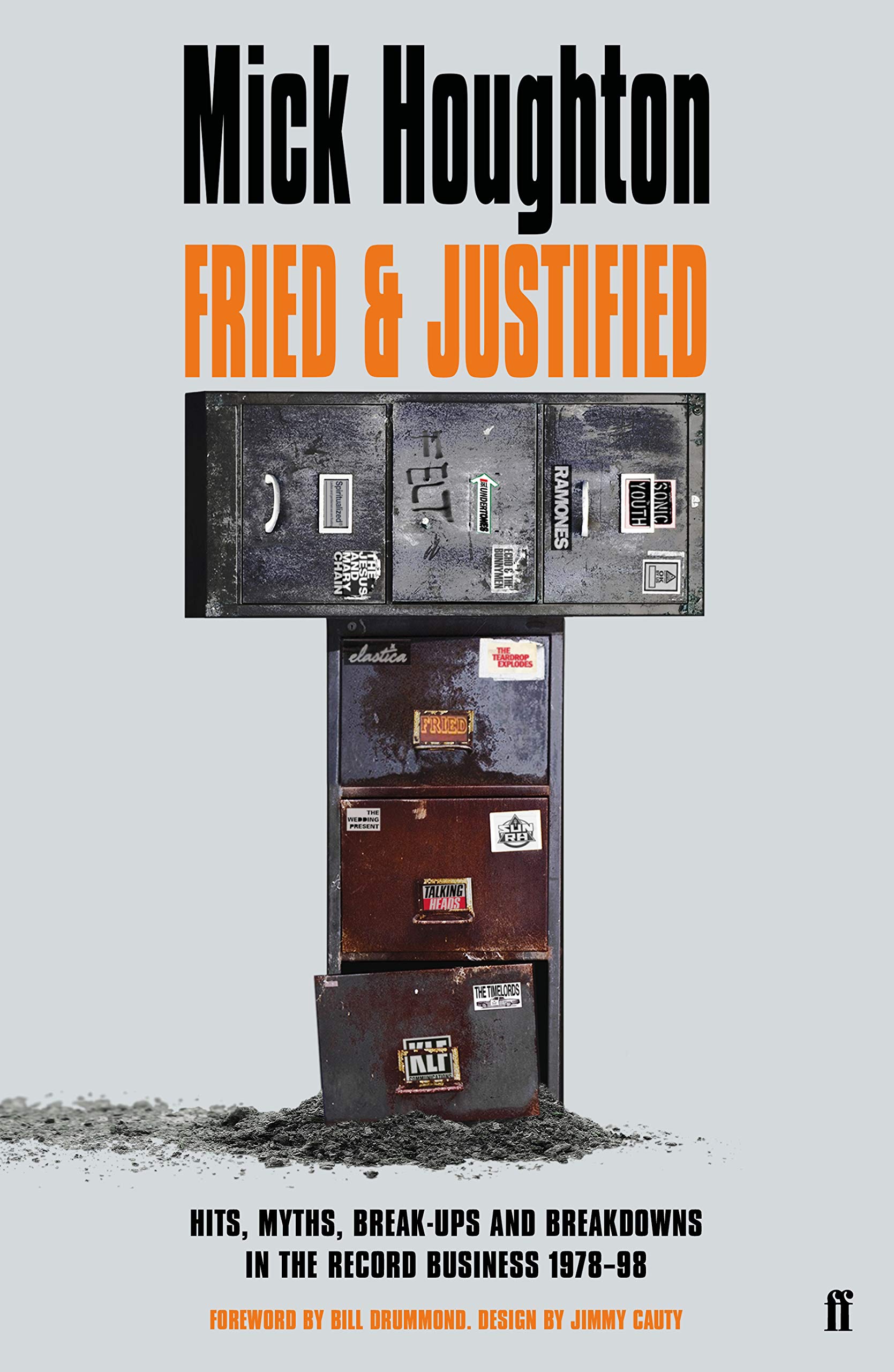 We arrived in a fleet of white stretch limos at a clearing in a wood near Woking. Here the K Foundation was exhibiting a million pounds in cash, while Bill Drummond and Jimmy Cauty circled the perimeter in two orange Saracen armoured vehicles, blasting out Abba’s ‘Money Money Money’ . . . The list of bands and artists Mick Houghton worked with in an illustrious career in the music business reads like a Who’s Who of some of the greatest, most influential and downright dysfunctional cult groups of the post-punk era and beyond – Ramones, Talking Heads, The Undertones, The Jesus and Mary Chain, Felt, Sonic Youth, The Wedding Present, Spiritualized and Elastica among them.

Often judiciously (or unintentionally) sidestepping the major trends in music – baggy, grunge and Britpop – his reputation for attracting outsiders led to him working with artists as disparate as Sun Ra, Andrew Oldham, Ken Kesey, Bert Jansch, Stereolab, Mercury Rev and Gorky’s Zygotic Mynci.But the three acts Mick is most closely identified with are Echo & the Bunnymen, Julian Cope (and the Teardrop Explodes) and the Justified Ancients of Mu Mu/KLF in all their guises.

Between them, these three played a significant role in shaping the musical landscape of the eighties and nineties, and – as confidant and co-conspirator – Mick was with their chorus along the way, carefully navigating the minefield of rivalries and contrasting fortunes. It is Mick’s indefatigable belief that it was always the music that came first, and it is his knack of attracting so-called difficult and troubled artists that makes Fried & Justified such an amusing, honest and insightful tale.