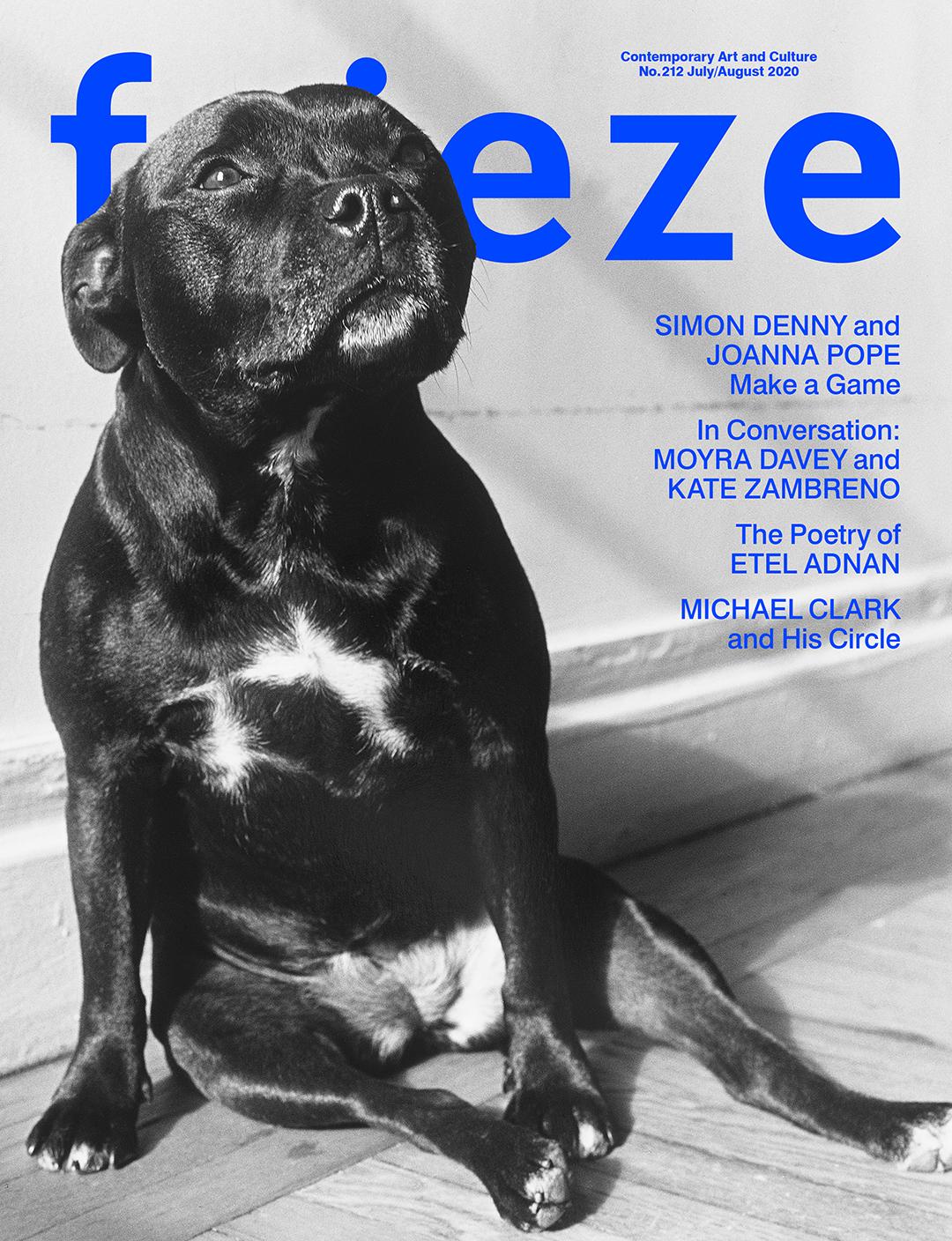 Insightful, intelligent and exquisitely designed, Frieze is the leading magazine in contemporary art and culture. Frieze profiles emerging artists and highlights new currents in art practice as well as offering a fresh perspective on more established artists. Including exhibition reviews, interviews, city reports and worldwide listings, the magazine is essential reading for anyone interested in visual culture.

The May/June issue of frieze is Andrew Durbin’s first as editor. As his tenure begins, the magazine has refreshed its design and formats for a new decade. Matthew McLean visits Jimmy Robert in his Berlin studio where they discuss the complicated politics of touch and visibility, Cindy Sherman answers our questionnaire and Paul Chan asks: is anything in metaphysics worth redeeming?

Also featuring: an essay by Francesca Wade on the anarchist, art critic and literary editor Félix Fénéon, who long before Twitter, was turning news stories in fin-de-siècle France into three-line novels; ; an interview by Barbara Casavecchia with Yuri Ancarani ahead of the premiere of his latest film Atlantis (2020); a roundtable where Claire-Louise Bennett, Brian Dillon, Goshka Macuga, Bill Sherman and Carmen Winant consider Aby Warburg’s Mnemosyne Atlas(1924–29) – an unfinished attempt to map the ‘afterlife of antiquity’; and Vanessa Onwuemezi on Lynette Yiadom-Boakye’s Prospect West of a Necromancer (2019).

Plus, a series of columns on comedy – from guidance on how to crash an art-world party to a review of Jerry Saltz’s How to Be an Artist (2020) – and 22 reviews from around the world, including Adam Linder & Shahryar Nashat at New York’s Museum of Modern Art and a three-part exhibition by Prem Sahib at Southard Reid, London.