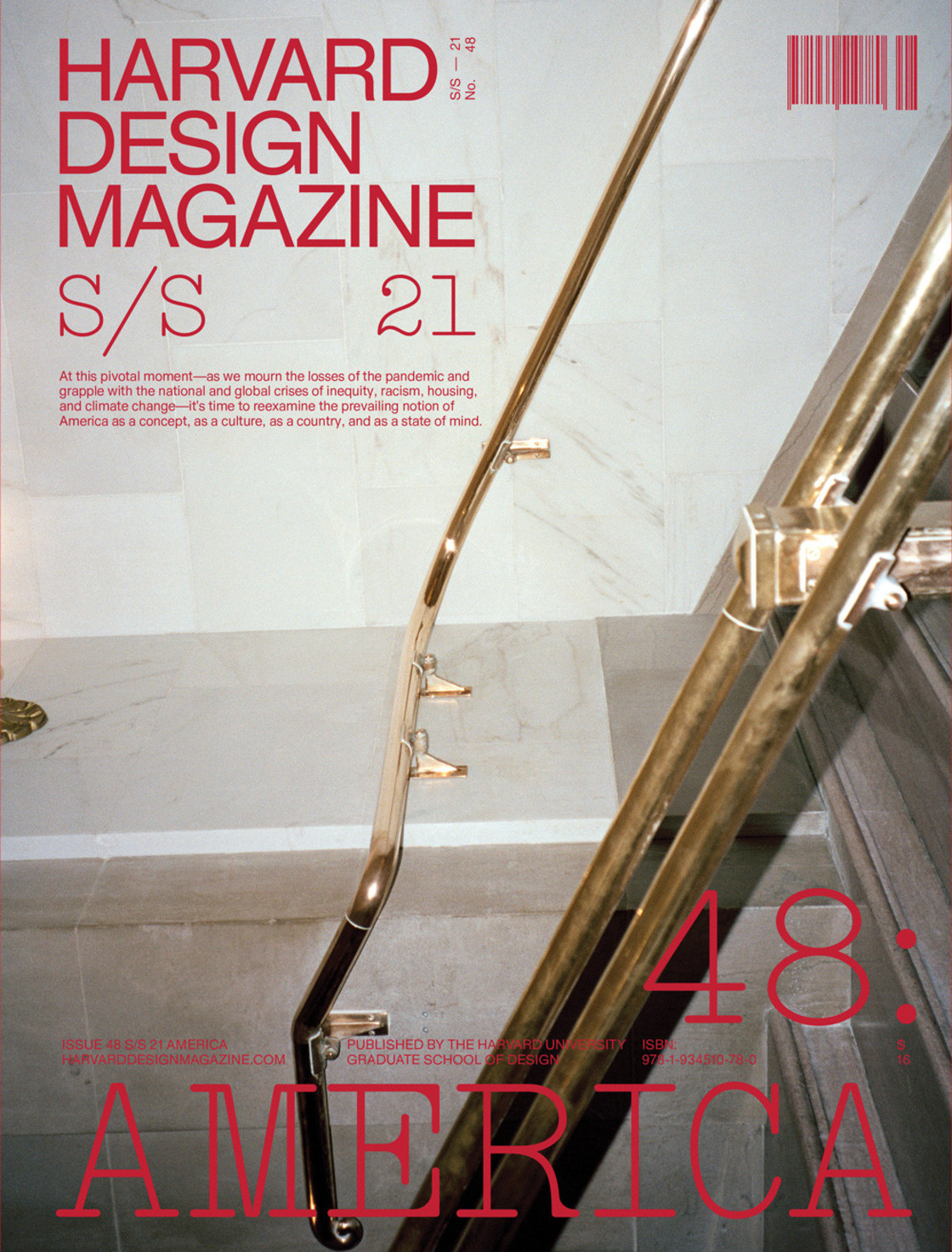 “A terrible mechanism [is] on the march, its gears multiplying.” So begins the 48th issue of Harvard Design Magazine, guest edited by Mark Lee, chair of the department of architecture at the Harvard Graduate School of Design, and Florencia Rodriguez, editorial director of –Ness Magazine. The issue takes as its theme the slippery and ambiguous figure of “America,” seen through the lens of the built and unbuilt environment. Americanization—once the “terrible mechanism” bent on pressing capitalist values on emerging economies everywhere—is now in retreat, eclipsed by the more urgent domestic concerns of pandemic and climate change, racial injustice and domestic radicalization. The very notion of what constitutes America is ripe for redefinition.

The America Issue of Harvard Design Magazine, featuring a new design and art direction by Alexis Mark, invites historians, architects, landscape architects, urban designers, theorists, curators, artists, and planners to reflect on the country’s past and present, and to imagine sustainable futures. Projects, taxonomies, dialogues, essays, and spatial interpretations explore possible Americas. They allow us to delve into issues relevant to small cities, towns, and rural areas—as well as major urban centers—and to study barriers and opportunities facing communities across the country.