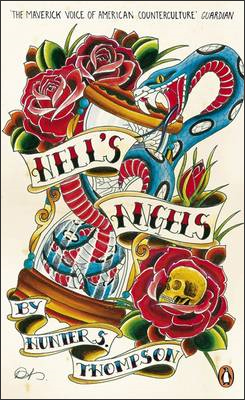 A phalanx of motorcycles came roaring over the hill from the west the noise was like a landslide, or a wing of bombers passing over. Even knowing the Angels I couldnt quite handle what I was seeing. It was like Genghis Khan, Morgans Raiders, the Wild One and the Rape of Nanking all at once.

In September, 1964 a cavalcade of motorbikes ripped through the city of Monterey, California. It was a trip destined to make Hells Angels household names across America, infamous for their violent, drunken rampages and feared for the destruction left in their wake.

Enter Hunter S. Thompson, the master of counter-culture journalism who alone had the ability and stature to ride with the Angels on their terms. In this brilliant and hair-raising expose, he journeys with the last outlaws of the American frontier.