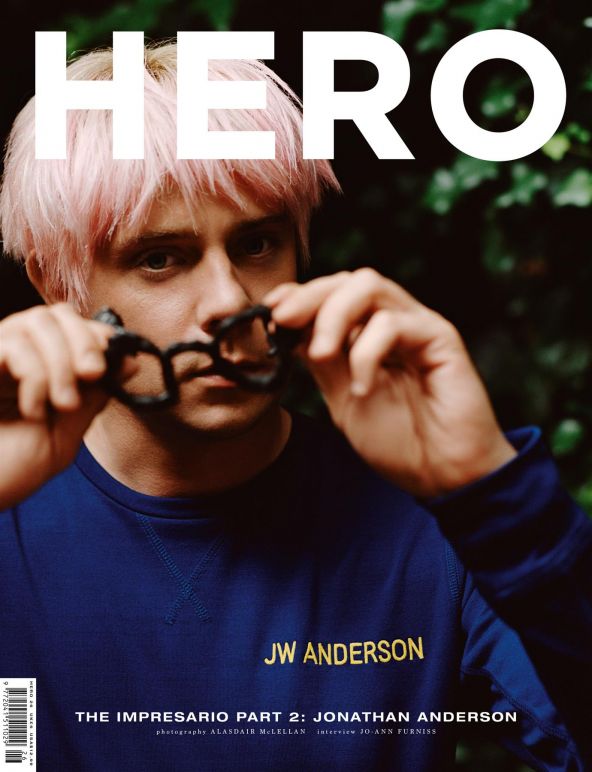 Hero is our antidote to the stuffy and over-thought cultural dryness that has gripped menswear publishing.

We strive to make a magazine and website that are not afraid to be visually led and arresting – have beautiful photography, amazing fashion and great, informal interviews with actors, designers and friends – and for that to be something to celebrate and revel in.

Our emphatic definition of the season is a joyously curated vision of what we love. No filler news pieces or fluff articles, just pure and bold statements. We are read by taste-making men in their twenties, thirties and forties who love fashion and culture, and want to be excited by it again.

Our approach to fashion is celebratory and zealous. Embracing the styling, foregrounding the clothes.

Shot for the cover by Alasdair McLellan in a feature realised by Jo-Ann Furniss across HEROINE and HERO, designer Jonathan Anderson reflects on the decade that defined him, and the next phase for JW Anderson.

In the run-up to Season 3 of Netflix’s Sex Education we speak to Asa Butterfieldabouthow the show unpicks traditional depictions of masculinity.

Eminent photographer Ian Macdonaldshares an extended, alternate edit of his seminalbook Eton, where he lived and worked between 2006–2007 as artist-in-residence.

Alfredo Muñoz, founder of architecture studio ABIBOO, speaks to HERO editor Alex James Taylor about his plans to build Mars’ first planned settlement – set for 2054  – as part of our recurring Notes on Time feature, and we unlock the interstellar mysteries of the ancient Antikythera Mechanism with expert Dr Tony Freeth.