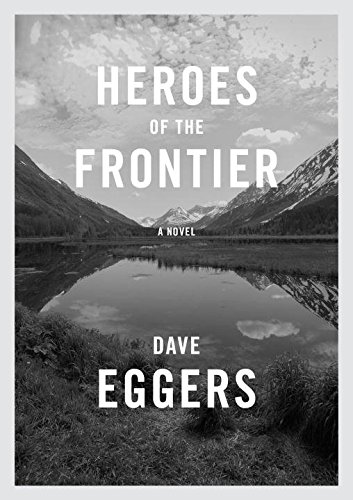 Heroes of the Frontier

A captivating, often hilarious novel of family, loss, wilderness, and the curse of a violent America, Dave Eggers Heroes of the Frontier is a powerful examination of our contemporary life and a rousing story ofadventure.

Josie and her children s father have split up, she s been sued by a former patient and lost her dental practice, and she s grieving the death of a young man senselessly killed. When her ex asks to take the children to meet his new fiancee s family, Josie makes a run for it, figuring Alaska is about as far as she can get without a passport. Josie and her kids, Paul and Ana, rent a rattling old RVnamed the Chateau, and at first their trip feels like a vacation: They see bears and bison, they eat hot dogs cooked on a bonfire, and they spend nights parked along icy cold rivers in dark forests. But as they drive, pushed north by the ubiquitous wildfires, Josie is chased by enemies both real and imagined, past mistakes pursuing her tiny family, even to the very edge of civilization.

A tremendous new novel from the best-selling author of  The Circle,  Heroes of the Frontier is the darkly comic story of a mother and her two young children on a journey through an Alaskan wilderness plagued by wildfires and a uniquely American madness.”