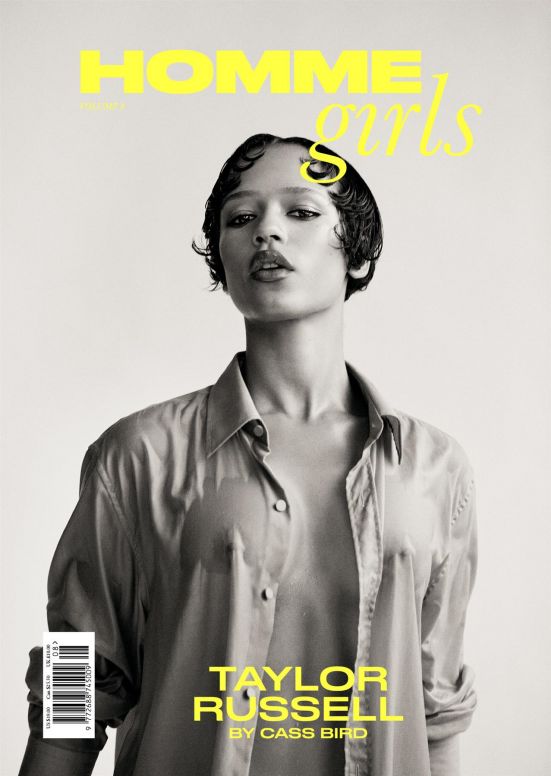 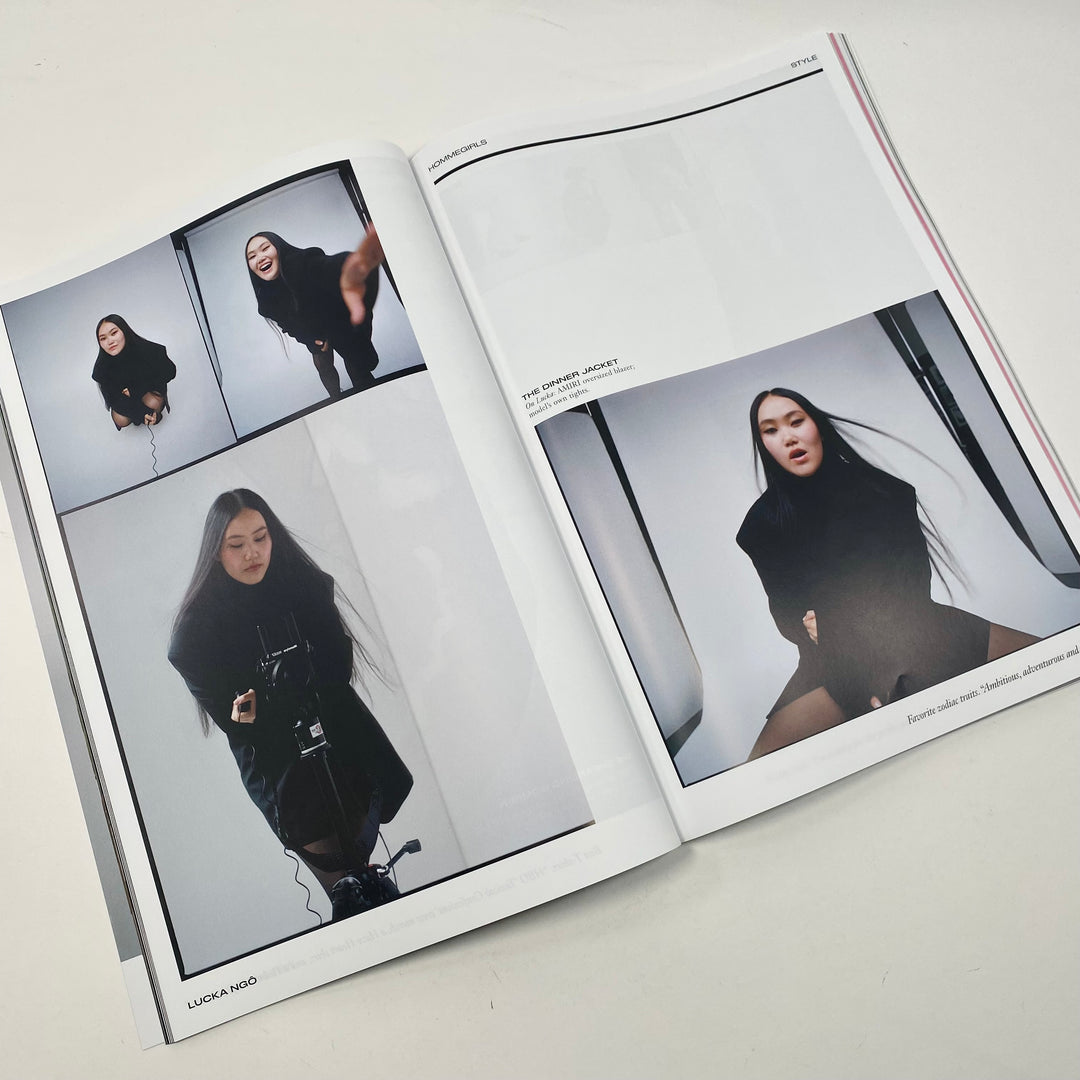 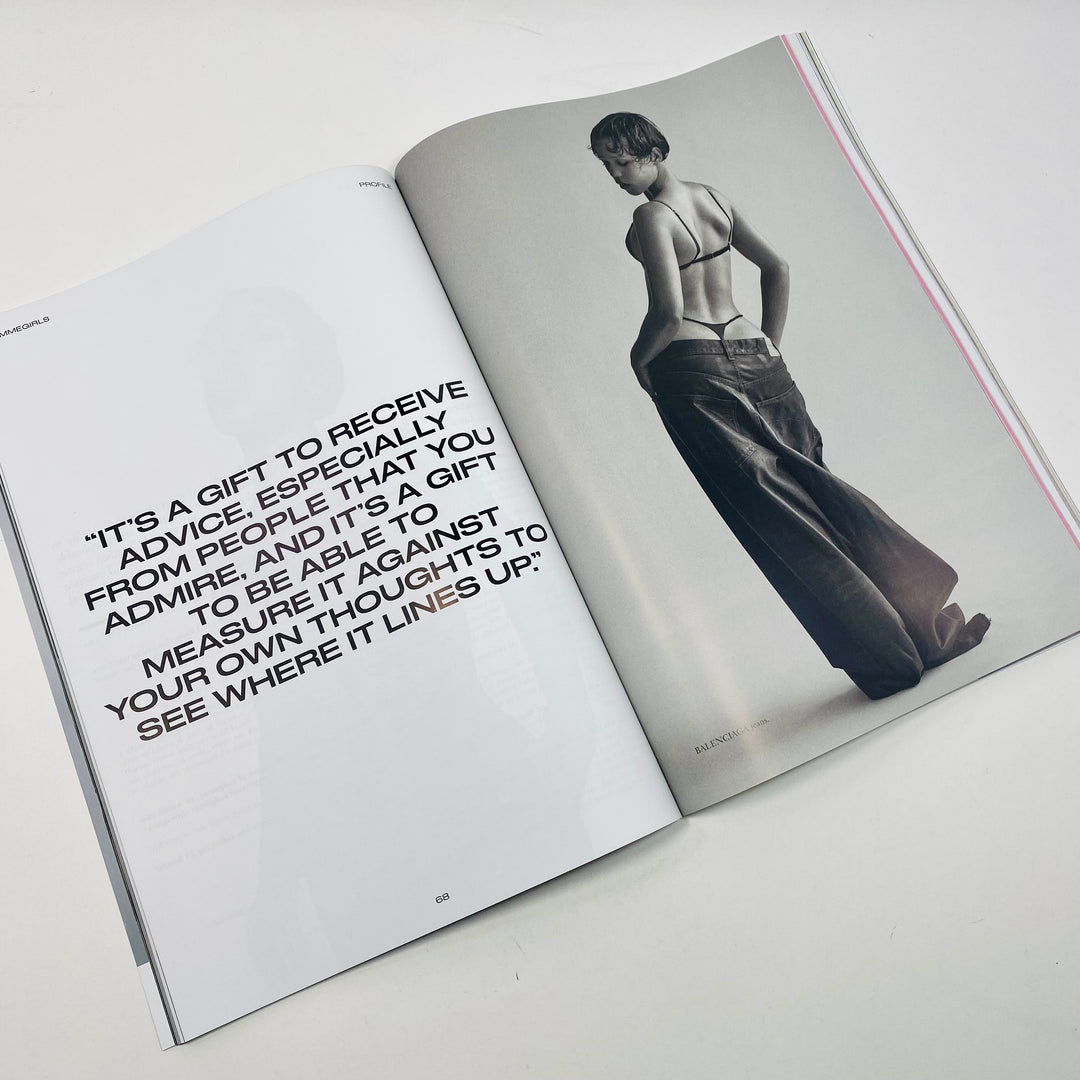 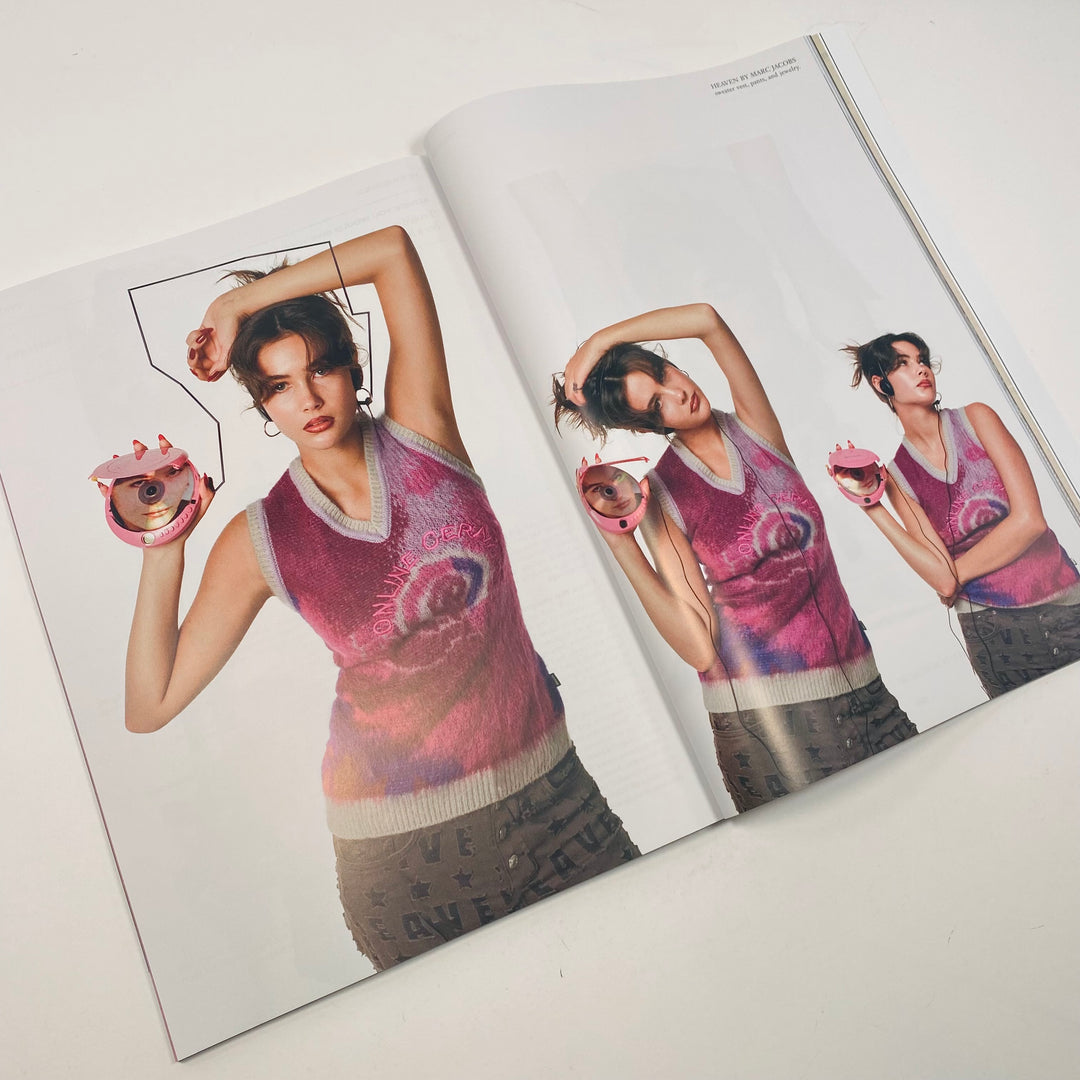 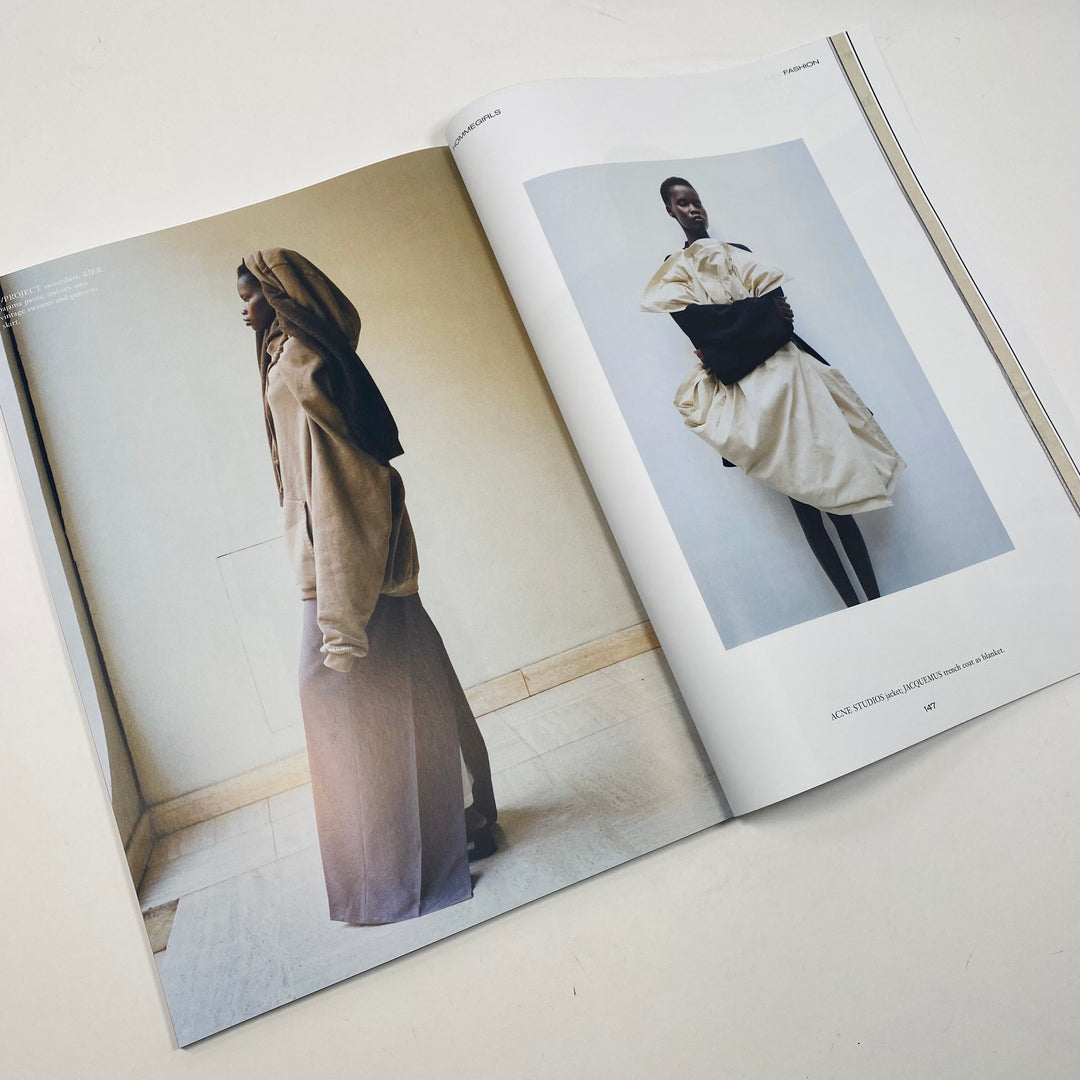 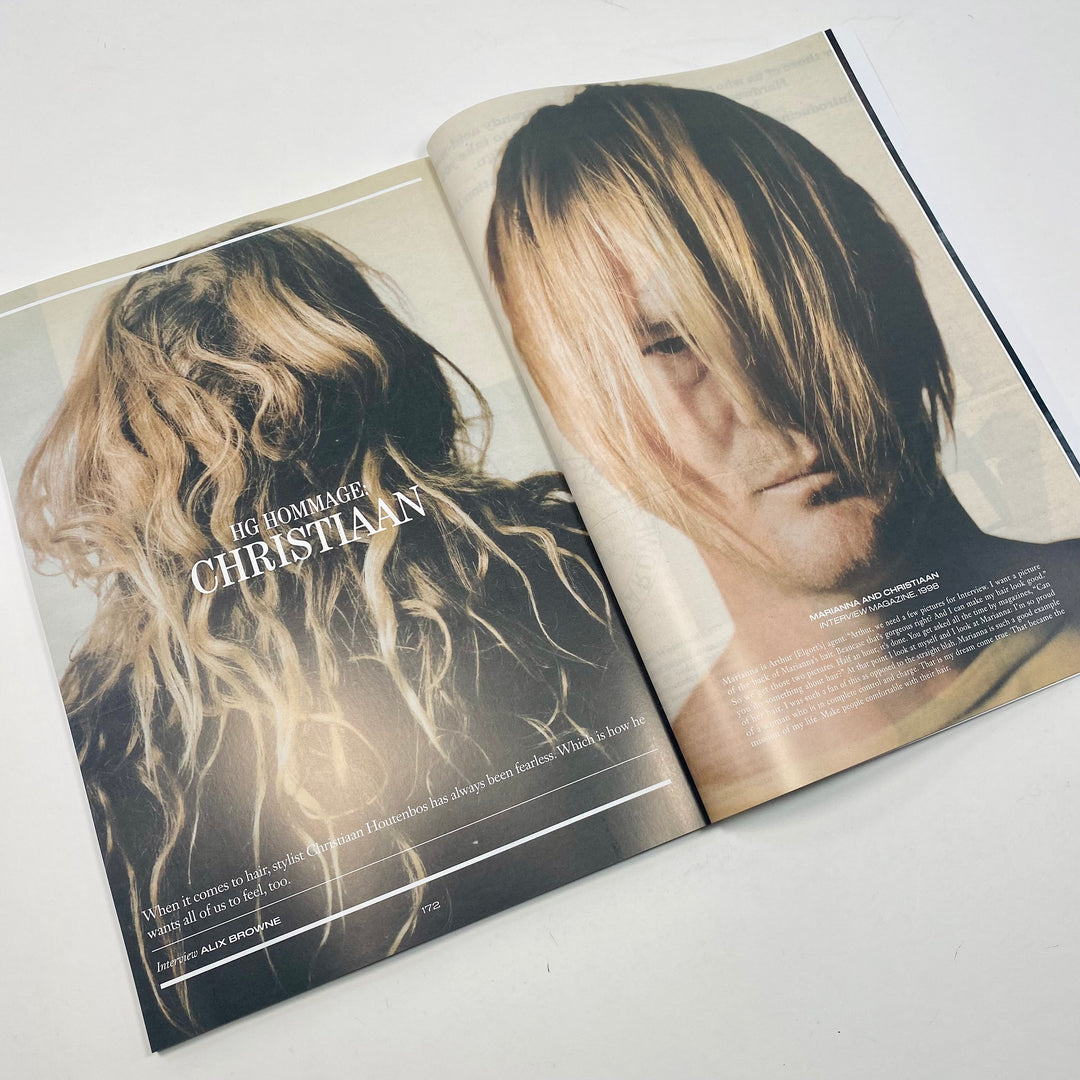 If HommeGirls has a muse, high on our list is the singer/poet/artist Patti Smith. Think of her on the cover of her 1975 album Horses, photographed by her then boyfriend Robert Mapplethorpe in a white shirt from the Salvation Army, her black jacket slung over one shoulder . la Frank Sinatra. (Apparently Mapplethorpe’s only styling request was that she wear a shirt that didn’t have any stains.) It’s an image that the feminist writer Camille Paglia onc

Fashion is having a MEGA moment.

Tailoring is BIG (see our story The Remix). Jeans are BIG (see the new Martine Rose x Tommy Hilfiger collab). Accessories are BIG (think jewelry worthy of a hardware store and bags commodious enough to carry not only your keys and your phone but also your best friend).

And, if we do say so ourselves, the HommeGirls we’ve invited into this issue are also pretty MEGA.

First up there’s cover star Taylor Russell, who received a 10 minute standing ovation at the Venice Film Festival for her role in Bones And All. You’ll definitely want to eavesdrop as the Canadian actress sits down to chat with her Bones co-star Timothée Chalamet.

Then there’s Grace Burns. The daughter of Christy Turlington and Ed Burns, Grace has no doubt had model agents circling around her since she could walk. And now that she’s 18—and finally gotten the green light from mom to model—it’s a BIG
moment for Grace and for fashion. But trust us when we report that the budding photographer/college student is at once up for everything and totally down to earth. We also caught up with Martine Rose whose new Tommy Hilfiger denim collab is
(let’s just say it again!) MEGA. Rose is a humanist: she is deeply interested in people and what she calls “ordinary realities”—and remains resolutely low-key despite all the industry attention shining her way. This summer she debuted her Nike Shox MR4 (a unisex hybrid sneaker/mule that is as weird and wonderful as it sounds); the rise of the big silhouette can be traced, in part, back to her work as a consultant for Balenciaga; and as we go to press rumors are swirling about her filling Virgil’s (enormous) shoes at Louis Vuitton. In the meantime, sign us up for those Tommy Hilfiger chaps!

And not least, in this issue we pay hommage to Christiaan, a hair stylist who has been turning heads for decades. Christiaan is the man behind some of the most iconic cuts in recent fashion history (see Grace Jones’ flat top, Debbie Harry’s shag, his signature buzz cut and the “digit” cuts he did for free in Central Park). But for a Dutch guy from a tiny village in Holland, who grew up in the age of the high-maintenance salon coif, his true mission, he tells us, was simply to help people feel confident.

And that we believe is truly MEGA.