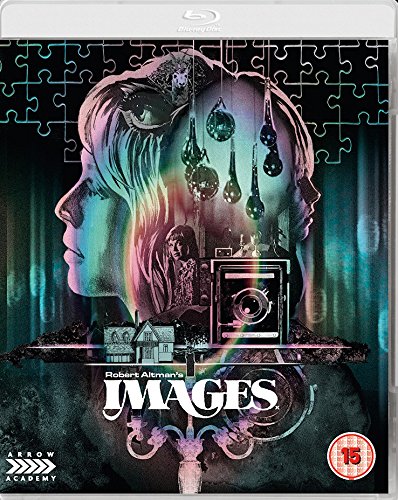 The early seventies were a period of remarkable activity for Robert Altman, producing masterpiece after masterpiece. At the time he came to make Images, MASH and McCabe & Mrs. Miller were behind him, with The Long Goodbye, California Split and Nashville still to come.

Originally conceived in the mid-sixties, Images concerns a pregnant children s author (Susannah York, who won the Best Actress award at the Cannes Film Festival) whose husband (Rene Auberjonois) may or may not be having an affair. While holidaying in Ireland, her mental state becomes increasingly unstable resulting in paranoia, hallucinations and visions of a doppelgänger.

Scored by an Oscar-nominated John Williams, with sounds by Stomu Yamash’ta (The Man Who Fell to Earth), Images also boasts the remarkable cinematography of Vilmos Zsigmond (Close Encounters of the Third Kind).