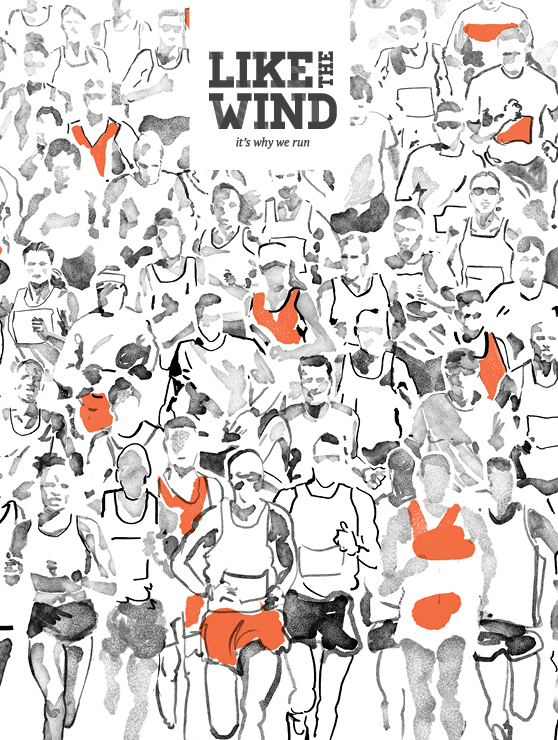 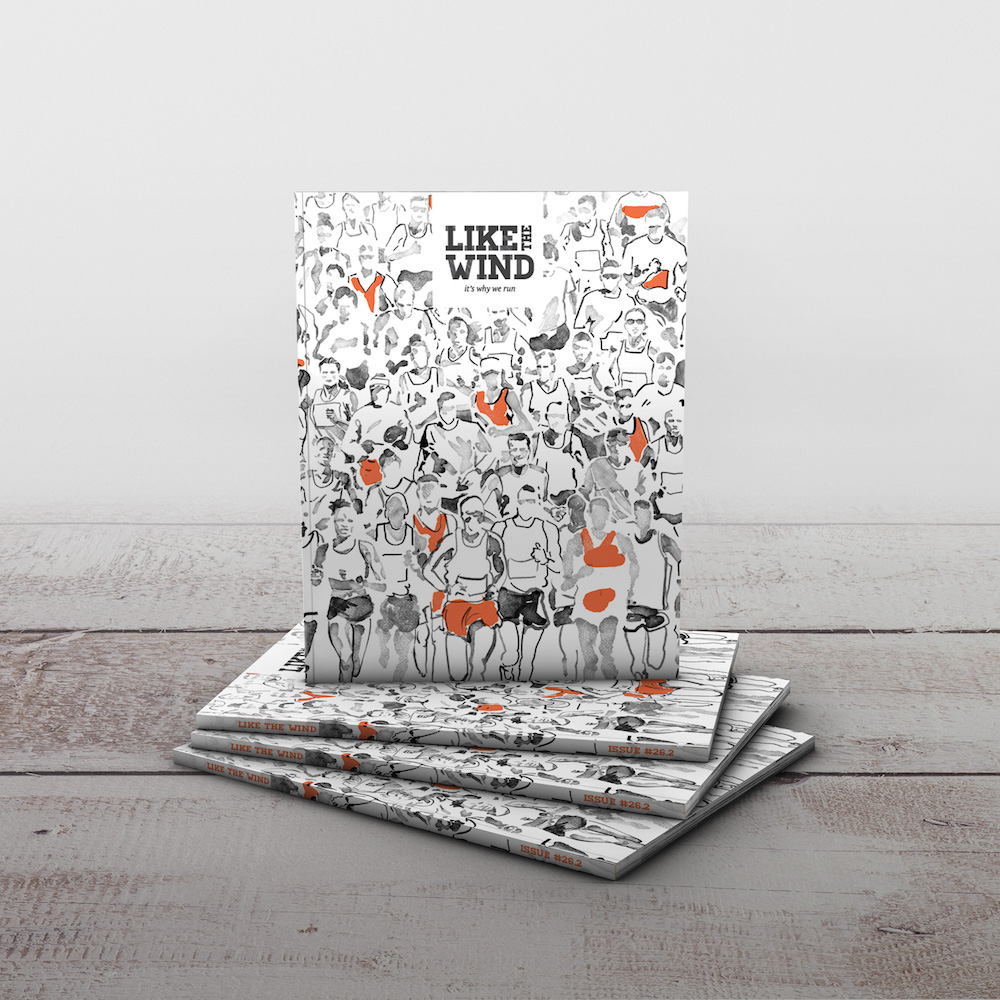 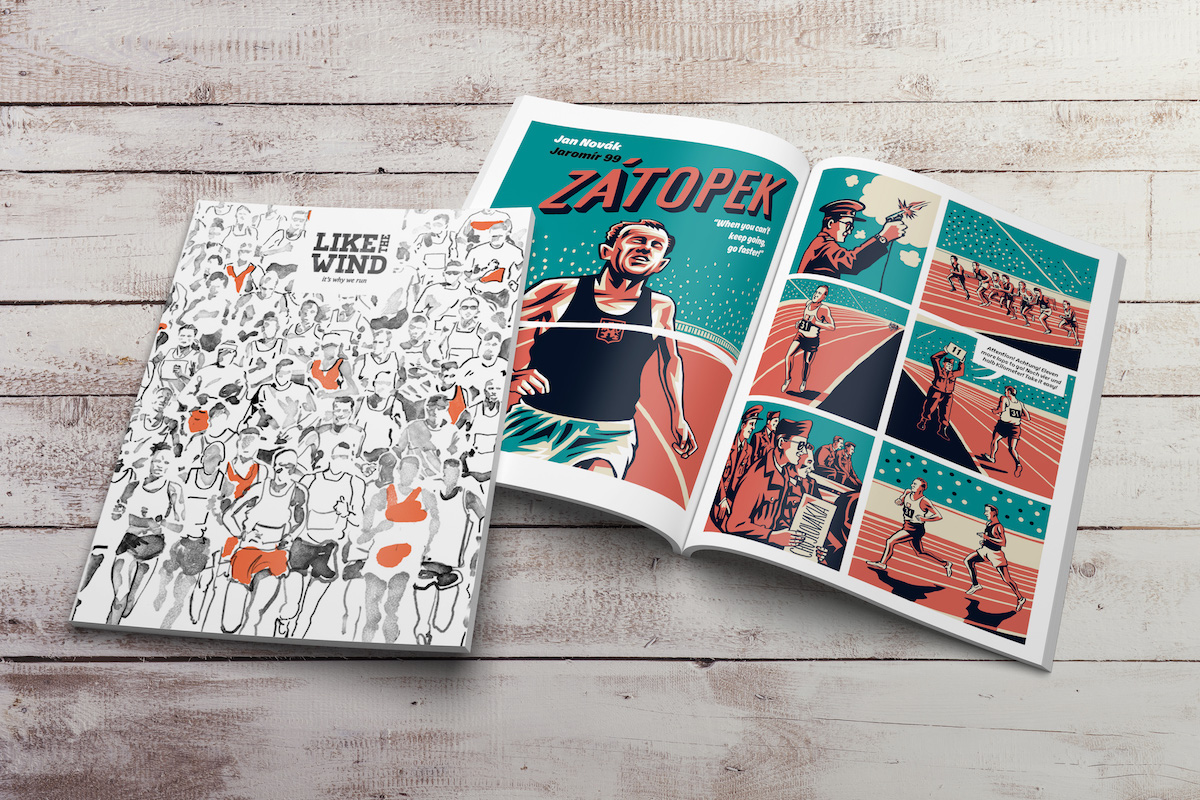 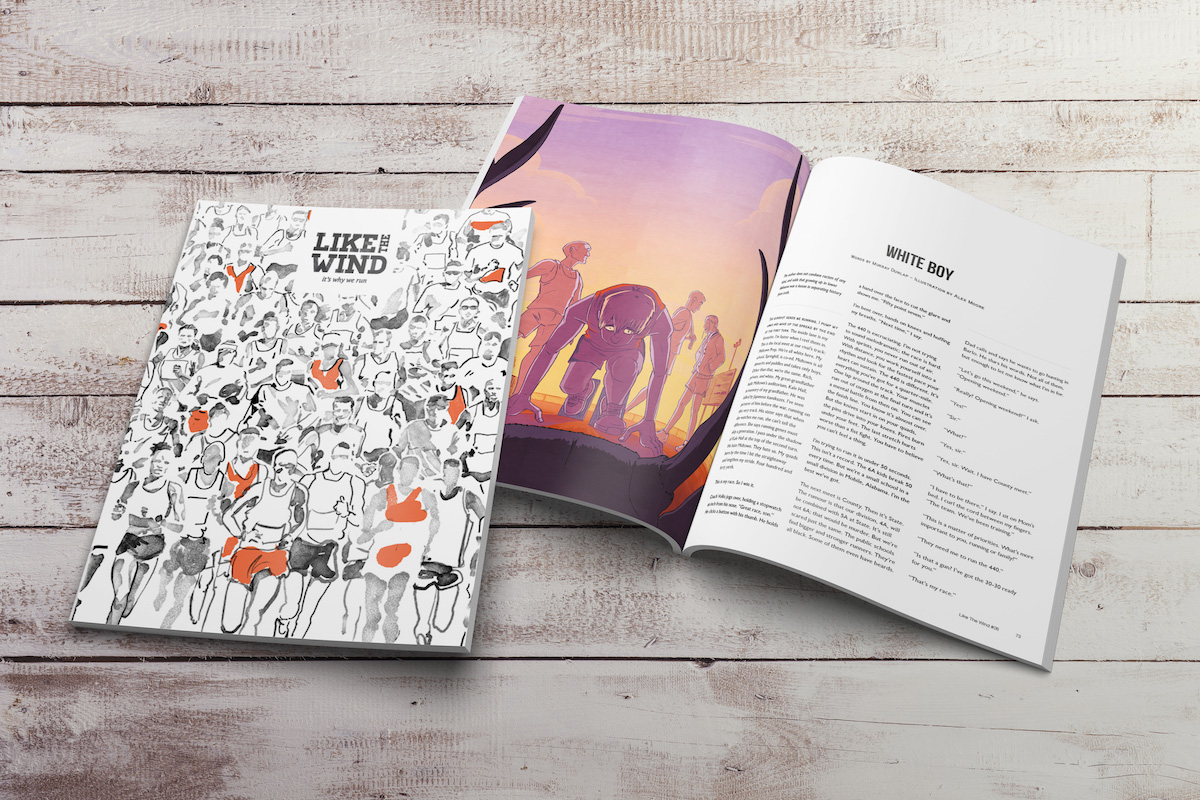 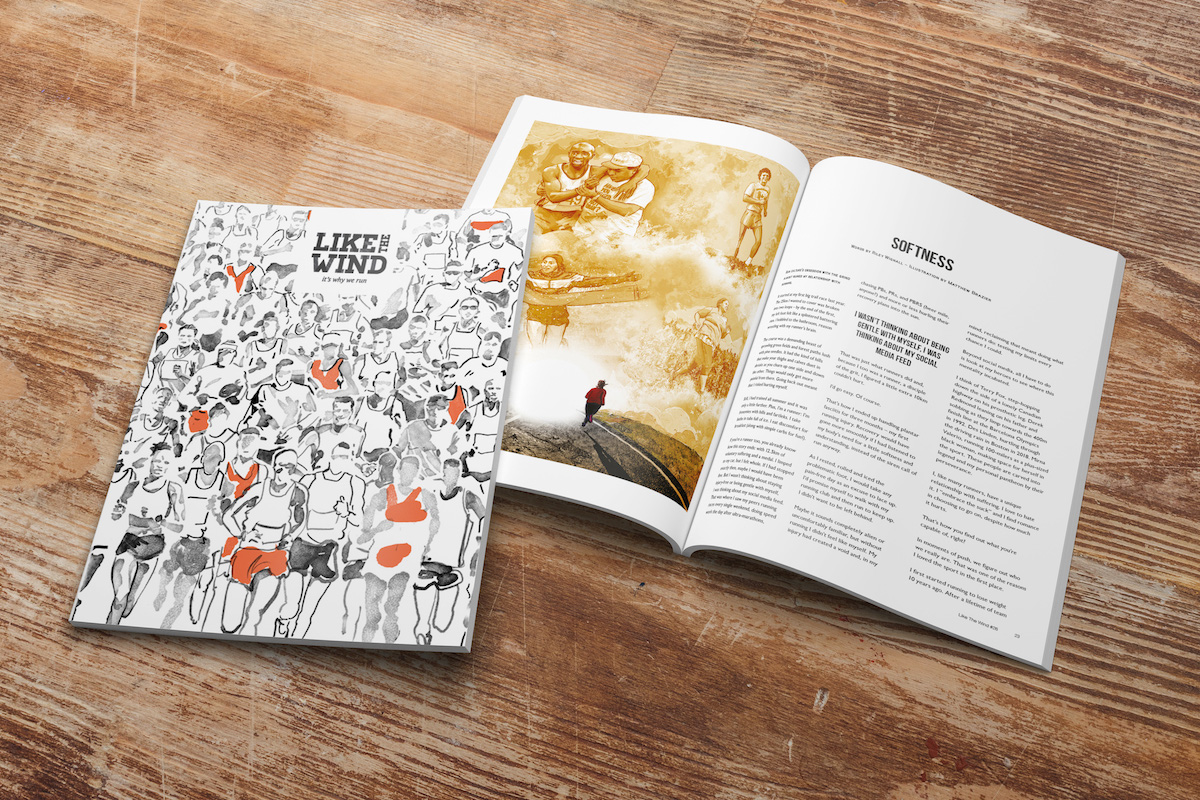 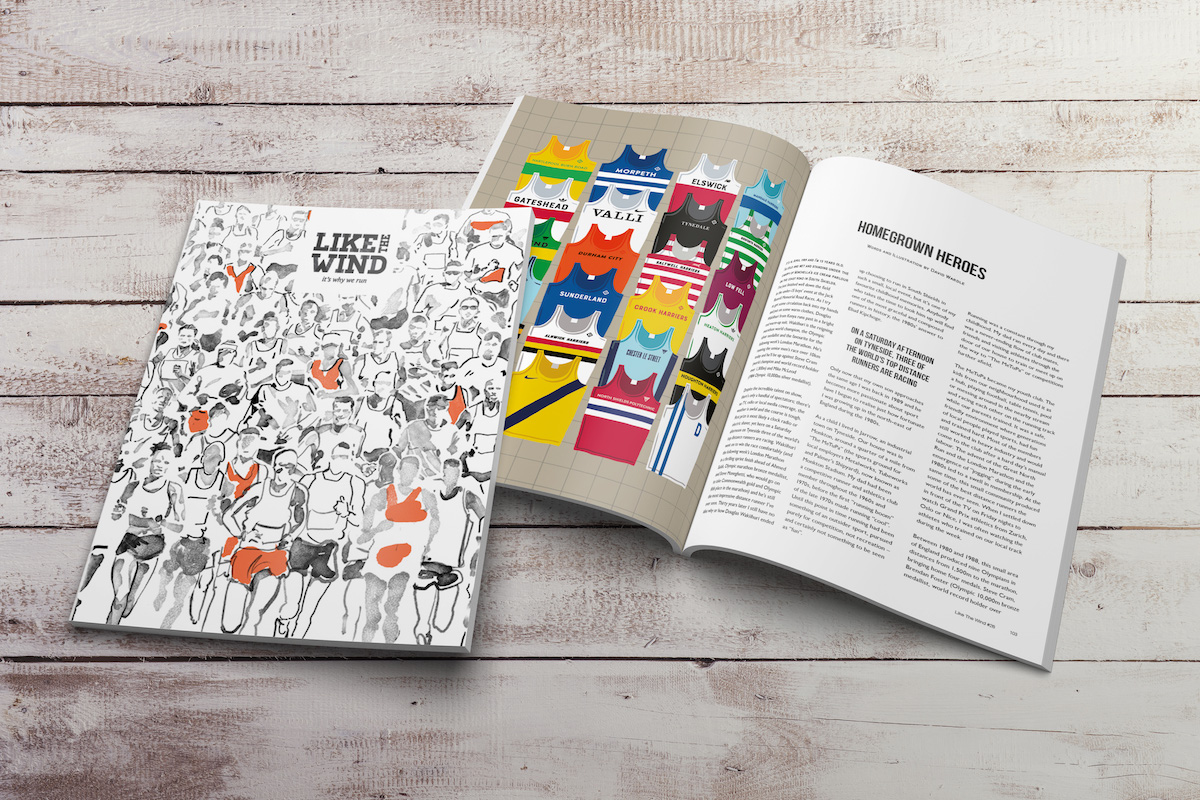 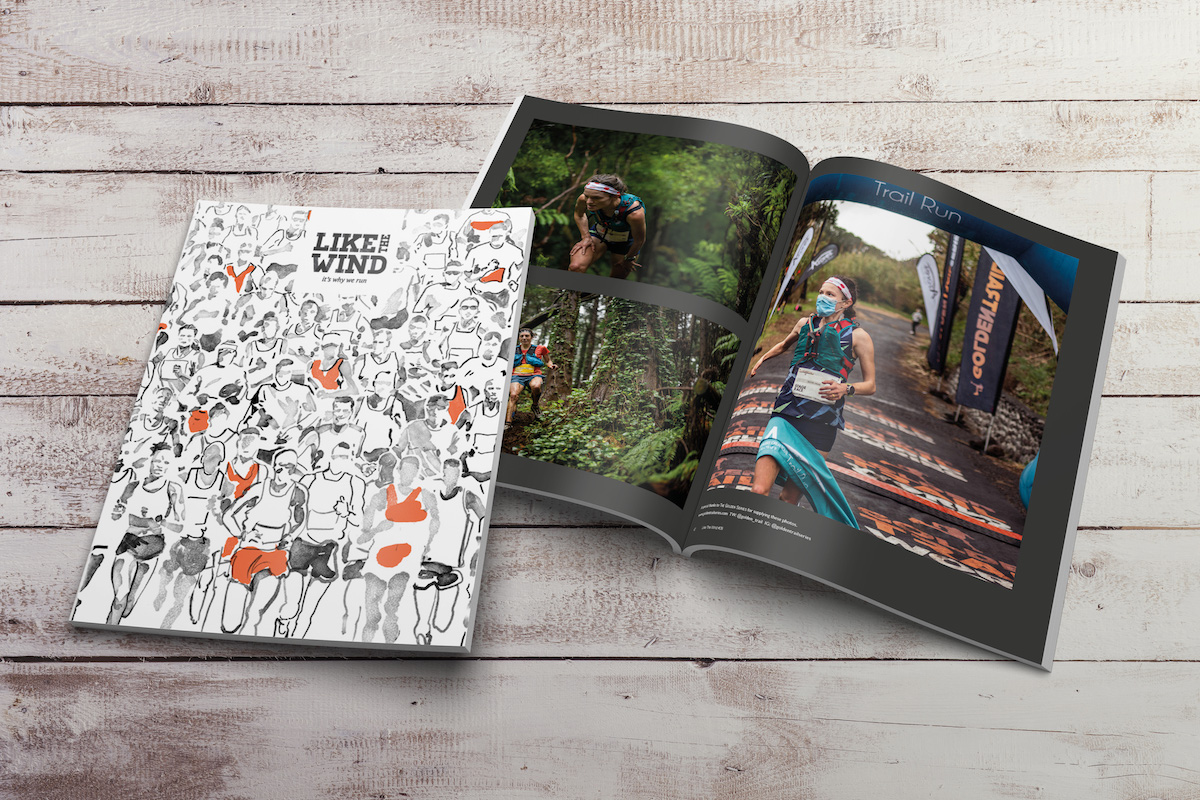 Each edition of Like the Wind magazine is a collection of running stories. There are personal anecdotes, inspirational tales, reportage, beautiful illustrations and stunning photography over 116 pages printed on beautiful, matte paper. The magazine launched in February 2014 and we publish an edition every quarter.

The world turned upside down during 2020. As runners we’ve learned to adapt. Our sport has become less about clocking up the kilometres and racking up the PBs – instead, we’re asking ourselves where running can take us, whether that’s mentally, geographically, environmentally or politically. We explore all these themes in issue 26 of Like the Wind.

New York filmmaker Coffey explains how he started the Running to Protest movement as a response to the murders of Ahmaud Arbery, Breonna Taylor and George Floyd. We’re proud to feature some amazing shots of Running to Protest’s summer march in NYC, highlighting the determination and emotion of everyone involved.

Our contributors once again take us around the world. Along the trails of California and Nevada, Joslynn Burkett tells us about making a friend for life in the gruelling ultra scene. In Chile, Andrea Lopez Barraza recounts the history of the Chilean trail-running scene. On the stunning Welsh island of Ynys Mon, Nick Wishart shares the peace and light of a solo ultra. The Golden Trail World Series visits the Azores for a one-off multi-stage event, and we also speak to a quartet of athletes attempting FKTs up Mount Kenya.

Meanwhile, on the streets of East London, DJ Gilles Peterson shares one of his favourite runs with us, as well as revealing how lockdown turned him into a key worker and inspired him to write a book about his approach to broadcasting during 2020.

While running is good for our bodies and souls, what’s its impact on the planet? Like the Wind editor Simon Freeman quizzes the world’s leading shoe manufacturers on exactly how they’re making running footwear more sustainable.

Now, you may have spotted that Like the Wind has reached its 26th issue – and 26.2 is of course a significant number for marathon runners. In honour of this milestone distance, we’ve added something extra to the issue: Point Two, an additional mini-magazine, just for subscribers, celebrating the marathon, sharing stories of triumph, tragedy, stubbornness and success.

Running represents so much more than getting from A to B – where it takes you physically isn’t even half the story. We’re once again blown away by the stories our contributors tell us and we’re thrilled to bring them to you in issue 26.2 of the magazine