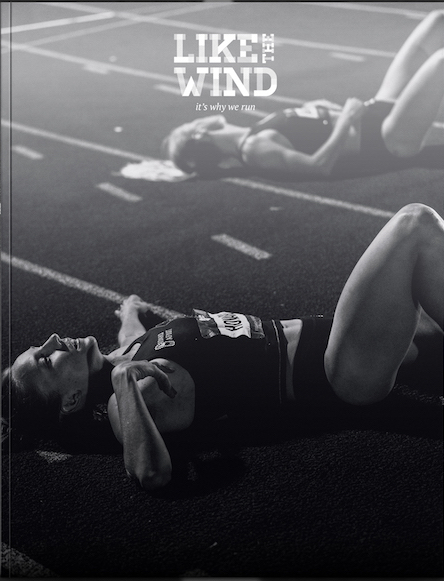 Each edition of Like the Wind magazine is a collection of running stories. There are personal anecdotes, inspirational tales, reportage, beautiful illustrations and stunning photography over 116 pages printed on beautiful, matte paper. The magazine launched in February 2014 and we publish an edition every quarter.

Running is all about freedom: to spend time outdoors, to explore our own headspace and to explore nature. But not every runner is allowed to experience freedom. A shockingly large number of women around the world have been followed, catcalled and harassed during their run. In the latest issue of Like the Wind, writer Lela Moore talks to women on both sides of the Atlantic about their experiences of safety while running, and what we as a society and a running community can do about it. We also share a chapter from Matshelane Mamabolo’s book Yoyisa, which tells the harrowing story of Ntombesintu Mfunzi’s violent rape, and how she turned to running almost immediately after her ordeal.

But our pages also celebrate one female endurance athlete’s freedom to explore a part of the world that means a lot to her. Brian Nevis’s film “The Pemi” follows Stefanie Bishop’s FKT attempt on the “Pemi” Loop in the White Mountains in the north-eastern USA. We share some of Brian’s stunning photography, highlighting Stefanie’s love of this unique landscape.

We’re once again thrilled to showcase running stories from around the globe, from Adam Pope following a London river from its source to Vanessa Sumpmann’s witty recollection of her journey to the Berlin mini-marathon. Meanwhile, Chris Zehetleitner compares the cultures surrounding his two passions: running and punk/hardcore, bringing together voices from across Europe and North America.

Of course, Covid-19 is still affecting running, and our contributors reflect this. Alecsa Stewart pays homage to the hill that became her daily trial during the lockdown in her French village, and Brock Butler describes how he and his mates formed a running group that got their lives on track during the pandemic.

Our stunning cover image comes from Trials of Miles, an exciting new US racing series designed to appeal to competitors and spectators alike. Brenden Clarke’s fantastic pictures capture the determination of the athletes on the track. And that’s only a fraction of the wonderful images and stories we’ve collected.