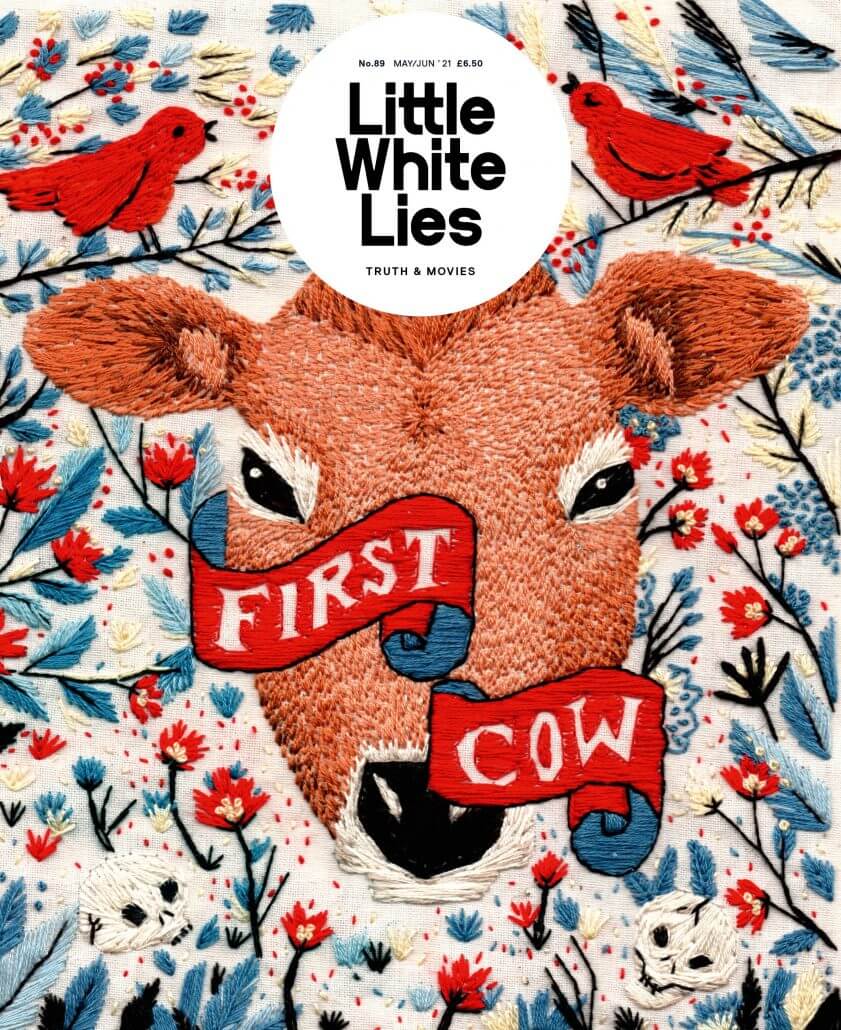 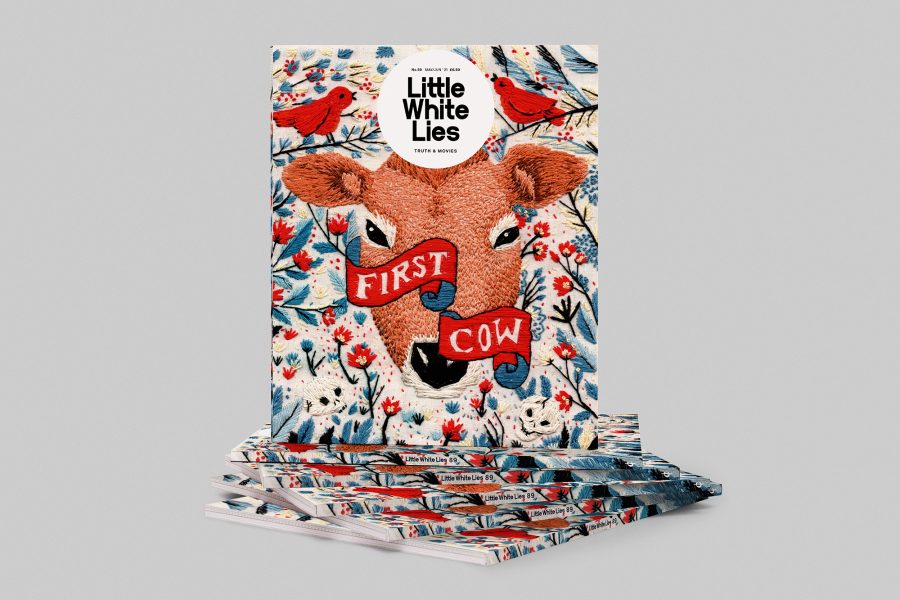 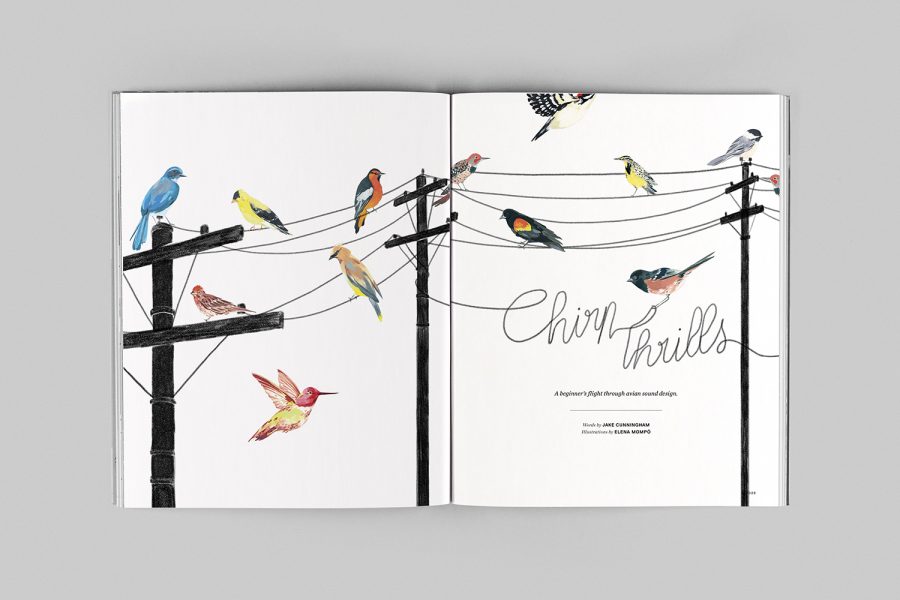 In celebration of Kelly Reichardt, one of America’s greatest working filmmakers, and her extraordinary new film.

The embroidered cover is by Steph Watts, inspired by the hand-wrought quality of Reichardt’s films, but also intended as a gorgeous piece of craft that might exist within the world of First Cow itself. From conception to completion, the piece took just under a month to create, and we sincerely hope that Steph was wearing a thimble to prevent any stitching-based injury.

Horizon’s West
Kelly Reichardt in conversation with Christina Newland, as the pair discuss modern conceptions of the western and the enduring value of old-fashioned craft.

Dear Jon
Caitlin Quinlan speaks to Reichardt’s longtime screenwriting collaborator who has provided the narrative seed for the majority of her movies – including First Cow.

Will Power
Adam Woodward meets the vaunted songsmith to discuss his early roles in Old Joy and Wendy and Lucy, and some of his other brief incursions into the world of film – including a Kanye West music promo.

Chirp Thrills
Kelly Reichardt goes to great pains to make sure the birdsong in her movies is geographically and temporally authentic. Jake Cunningham goes on a journey to look at the cinematic uses of birdsong.

The Sky Is Not the Limit
A new book picks apart James Benning’s 2004 film Ten Skies – which is ten shots of skyscapes. Matt Turner meets its author, Dr Erika Balsom, to discuss the crossover between the natural world and experimental film.

The New Hollywood Bake Off
Seven cherished LWLies collaborators create delicious and aesthetically-striking baked comestibles in homage to the films of the New Hollywood era.

Prano Bailey-Bond
The director of the brilliant Censor discusses her formative influences, recreating the 1980s and her mortal fear of Simon Bates with Hannah Strong.

Amir El-Masry
Elena Lazic talks to the British-Egyptian star of Ben Sharrock’s refugee comedy Limbo who reveals his amazing entry into the world of acting.

Joanna Scanlan
The star of the moving new British drama After Love discusses with David Jenkins why she loves straight drama more than comedy.

Cathy Brady
The director of Wildfire speaks to Ella Kemp about the tragedy of losing her leading lady to illness just after filming wrapped.

Ousmane Sembène
As his fantastic 1968 film Mandabi is re-released and restored, Leila Latif pens an introduction to this Senegalese filmmaker whose work is still fairly hard to come by.