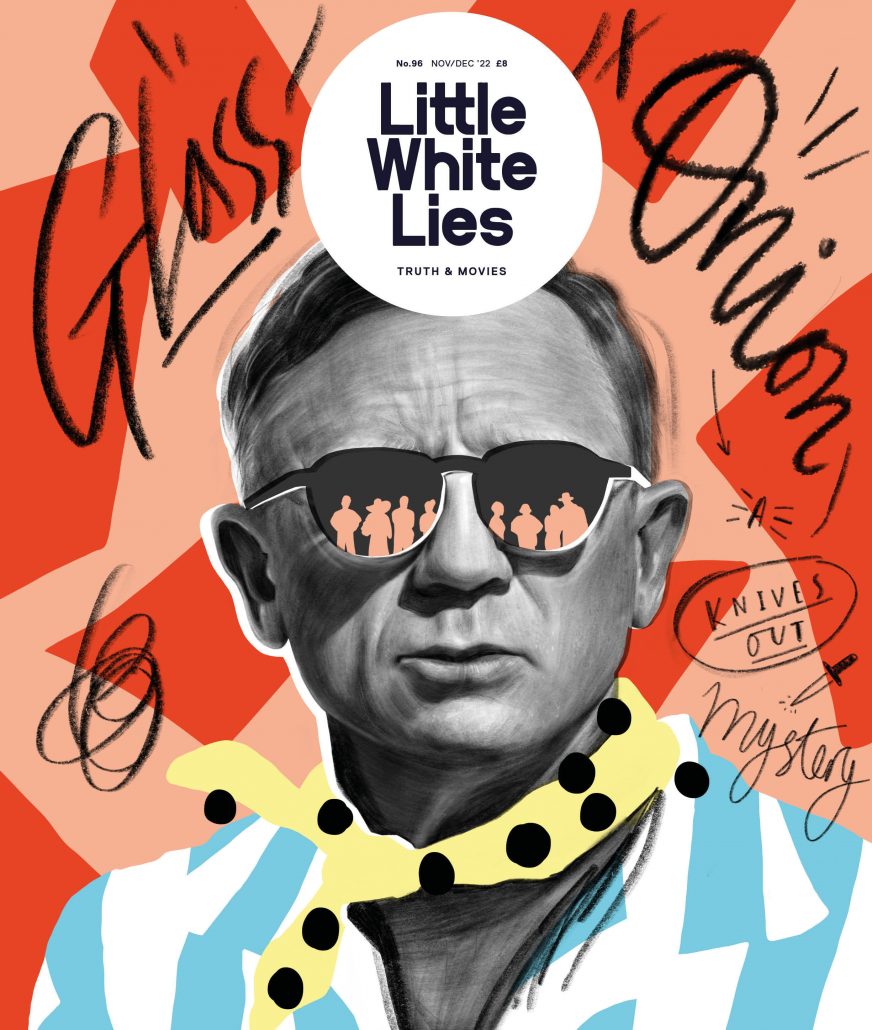 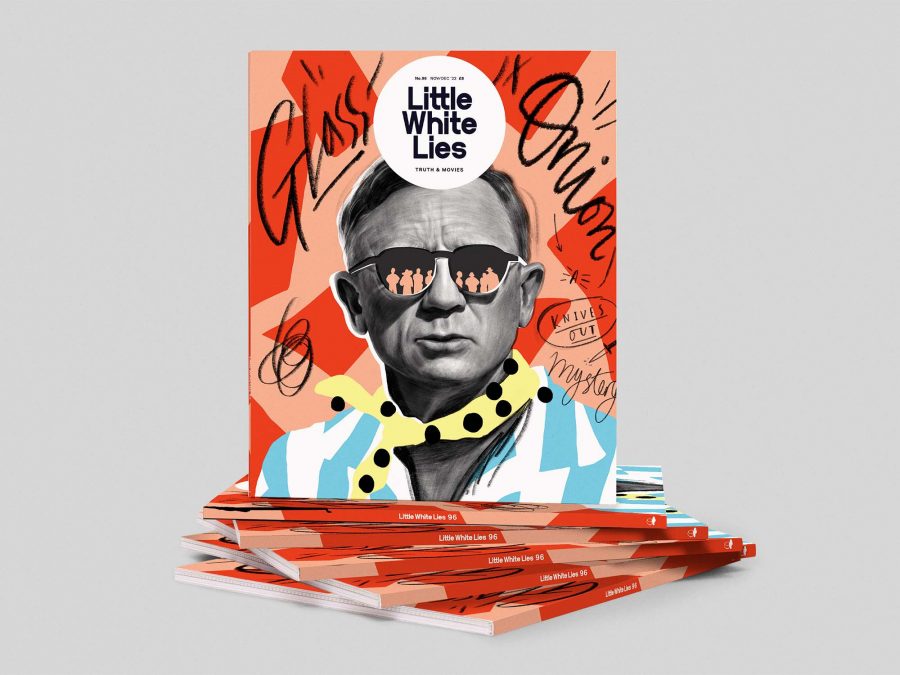 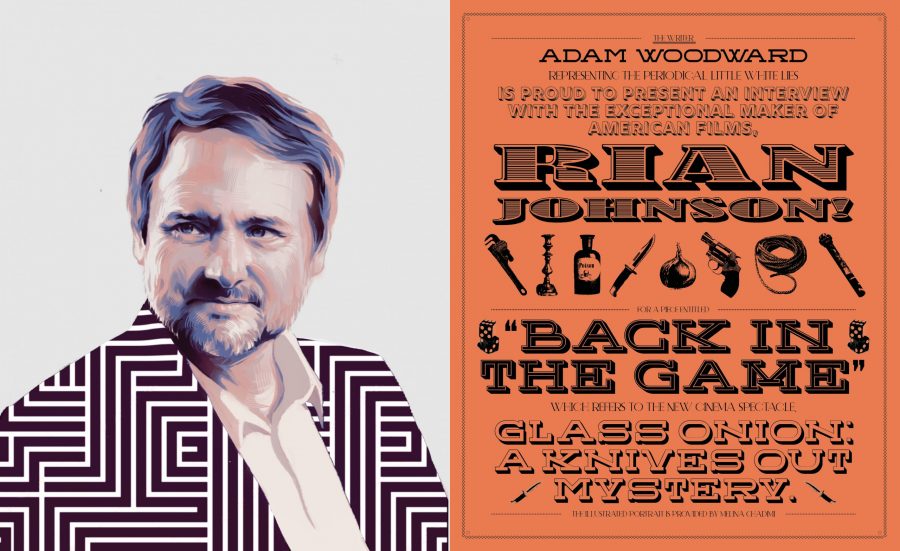 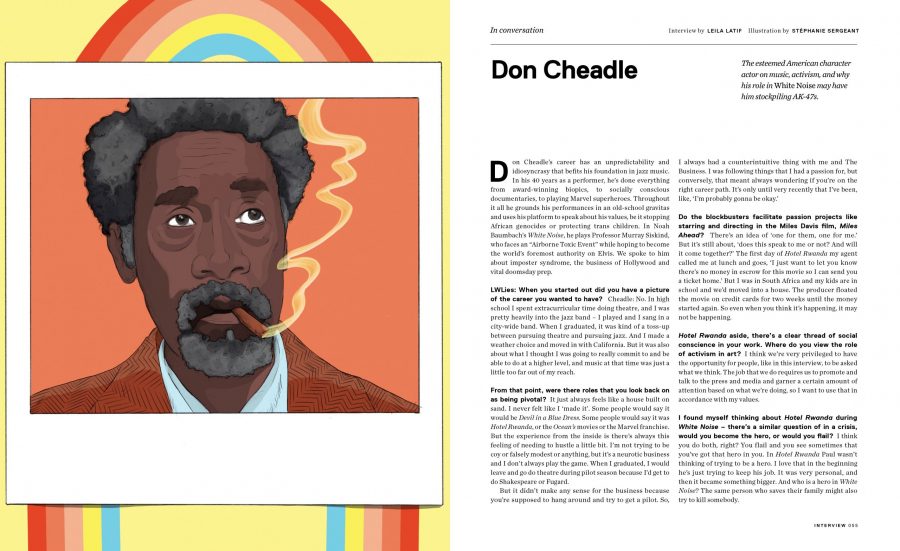 It’s hard to actually confirm this, but it seems as if Elon Musk’s latest madcap foray into social media ownership is in fact a massive piece of stealth marketing for the new film by Rian Johnson – Glass Onion: A Knives Out Mystery. This fabulous new brain-teaser, which heralds the return of Southern sleuth and sartorial sensation, Benoit Blanc (Daniel Craig), employs the structure of the timeworn whodunit to explore the very contemporary question of the political influence of the super rich.

Are they just plundering their reams of cash into day-dreamy schemes and self-affirming follies? Does power and money stoke the desire to have more power and money? Or is there any trace of positivity to their domineering schemes? The film, which drops into cinemas on 23 November, and onto Netflix on 23 December, poses these questions as we galavant through a murder mystery on a sun-bleached island in the Mediterranean, in the company of Ed Norton, Janelle Monáe, Kate Hudson, Leslie Odom Jr, Dave Bautista and more.

There’s even Johnson’s ol pal and totem, Noah Segan, popping up in the background a few times – an actor who has appeared in all of the director’s films. We here at LWLies feel a particular affinity for Rian Johnson, as his feature debut, Brick, was released in the same year as issue one of the magazine. So it feels a little like we’ve grown up together, albeit in different classes. Yet due to the stuff and nonsense of release dates and print schedules, the stars have never aligned to allow us to put one of Johnson’s films on the cover. So it gives us particularly great pleasure to welcome you to Little White Lies 96, the Glass Onion: A Knives Out Mystery issue, which is both a celebration of the film, and also a shrine to Johnson’s immaculate craft as both director and writer.

We’ve long been a fan of Essex-based illustrator Jordan Andrew Carter, whose work combines intricate portraits with colourful, poppy embellishments. To capture both the fine craftsmanship and sense of whimsy in Glass Onion, Jordan produced an eye-popping cover with Benoit Blanc himself, dressed to the nines and eyeing up his new set of subjects. Elsewhere in the issue we have new illustrations from Stéphanie Sergeant, Melina Ghadimi, Nick Taylor and Thomas Rouzière.

David Jenkins has the ride of a lifetime on Rian Johnson’s politically trenchant whodunit marvel.

Back in the Game

Adam Woodword has a long and winding chat with writer/director Rian Johnson on his inspirations behind the continuing saga of Benoit Blanc.

The world needed an iconic super sleuth, and Daniel Craig delivered in Benoit Blanc. Hannah Strong meets him to talk fits, parties and his pivot to comedy.

Four below-the-line artists delve into the secrets of working with Rian Johnson and the craft behind Glass Onion.

A team of cine-sleuths look back at the first flirtations with moviemaking of a host of directorial legends.

A Page Ripped From the LWLies Gazette

In Search of Simenon

Jeff Billington embarked on a Georges Simenon odyssey and lived to tell the tail.

To Kill for Love is Such a Thrill

Kyle Turner on the intersections between musical-theatre godhead Stephen Sondheim, and the time-honoured murder mystery.

Michael Leader explores how the Beatles have influenced movies beyond their music.

Leila Latif meets the Hollywood legend to comb over his career as actor and activist, and his strange and brilliant new role in Noah Baumbach’s White Noise.

The Queens-born director of Armageddon Time waxes philosophical on time and memory with Hannah Strong.

The beloved Bones and All director on how he jumped at the chance to work with his old muse Timothée Chalamet again.

The Aftersun director chats to Rafa Sales Ross about personal cinema and the melancholy aspects of nostalgia.

The double Palme d’Or-winner on Triangle of Sadness and his provocative take on the #MeToo movement.

The star of Corsage speaks to Marina Ashioti about playing an Austrian queen and working alongside many cute dogs.