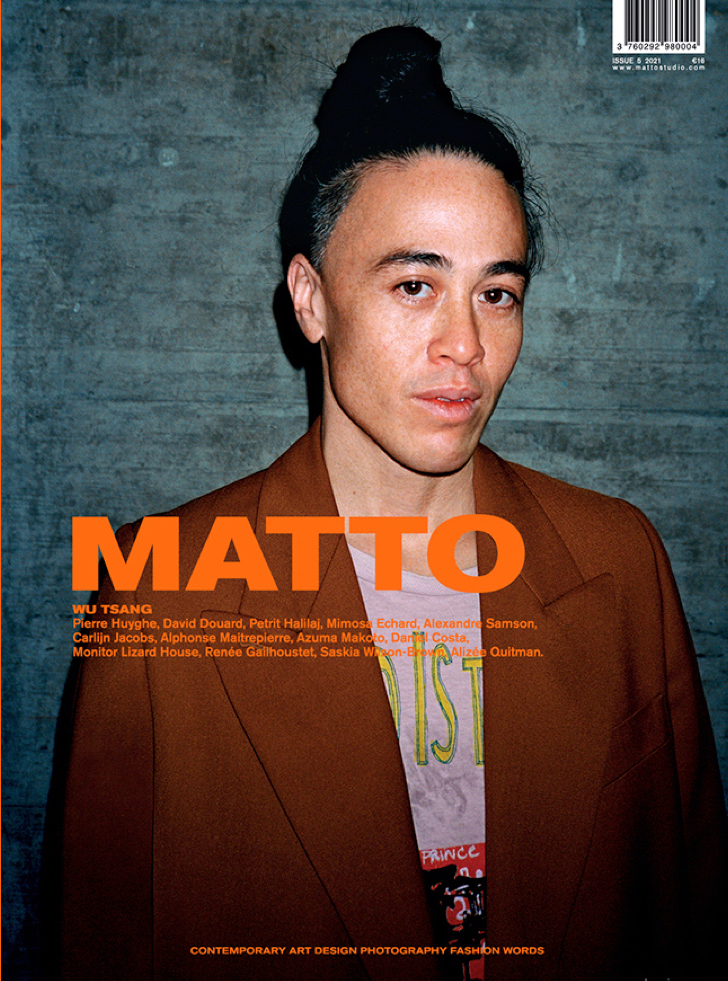 MATTO is a multidisciplinary studio.  Twice a year we publish an independent magazine about ‘art-design-literature-photography-fashion-sex’.

Issue 5 is about imagination. What should we believe in? What is in-between the reality and fiction?David Douard, a studio visit with artist exploring the possibilities of communication, contamination, transmission. Azuma Makoto, a conversation with Japanese experimental florist who publishes encyclopaedia of flowers that were breaded and existed only for couple years, until people stopped buying them. Alphonse Maitrepierre, a studio visit with a young fashion designer who is creating a world apart for himself. Petrit Halilaj, a conversation with Kosovar artist about a country whose passport does not allow one to travel to 95% of the countries in the world. Wu Tsang, visit at the theatre with video maker speaking of the forms of non-verbal communication and cultural appropriation. Saskia Wilson-Brown, an interview with founder of the Institute for Art and Olfaction, speaking of smell, imagination and the commercial perfumery. Tartine and Chocolate. Seeweed absolute. The scent of fear at midnight.

24 pages titled Le Jardin des Delices by Carlijn Jacobs. Column writings on imagination over dinners with friends and dinners alone. Pierre Hyughe, an interview with an artist saying that exhibition is not a hysterical object that says look at me! Mimosa Echard, a studio visit in a garden with painter using material such as fish roe, latex and ginseng. Alexandre Samson, a visit in the archives of the fashion museum in Paris, where under the ground thousands of pieces are dormant, protected by pheromone traps. A portfolio of selection of nondescript pieces from the archive, it’s hard to imagine how they could be worn. Gailhoustet, a conversation between one painter and two architects about a social housing outside Paris that was revolutionary in the imagination of how others would feel inside. Daniel Costa, a conversation between friends about making threads and rugs in Nepal, the connection to the nature, how it becomes a whole odyssey. Monitor Lizard House in Bangkok, a feature on reflection on online eduction, called School HD 4K.