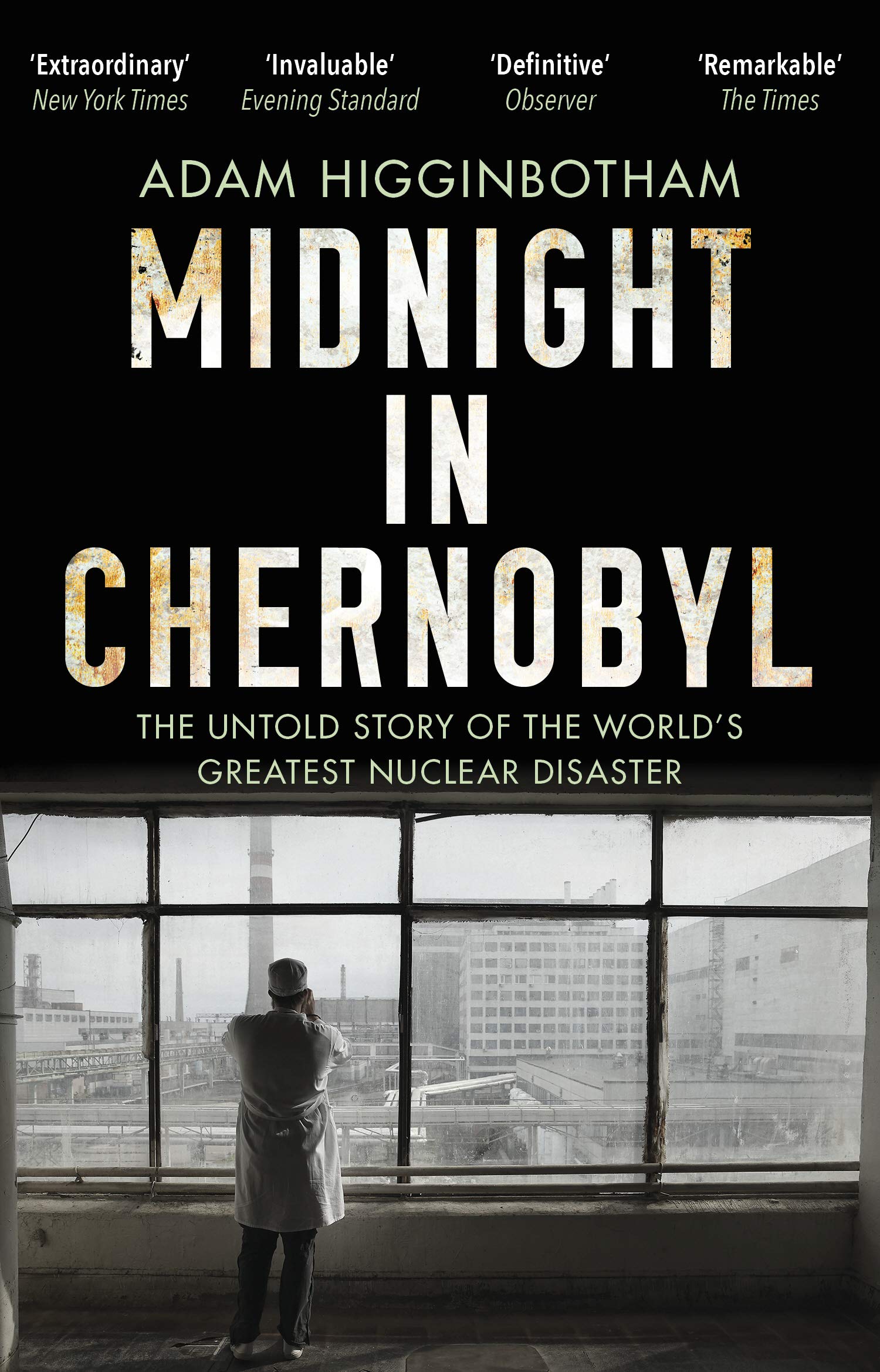 Midnight in Chernobyl: The Untold Story of the World’s Greatest Nuclear Disaster

‘Tells the story of the disaster and its gruesome aftermath with thriller-like flair. Midnight in Chernobyl is wonderful and chilling … written with skill and passion.’ Luke Harding, The Observer

The story of Chernobyl is more complex, more human, and more terrifying than the Soviet myth. Adam Higginbotham has written a harrowing and compelling narrative which brings the 1986 disaster to life through the eyes of the men and women who witnessed it firsthand. Drawing on hundreds of hours of interviews conducted over the course of more than ten years, as well as letters, unpublished memoirs, and documents from recently-declassified archives, this book makes for a masterful non-fiction thriller.

Chernobyl has become lodged in the collective nightmares of the world: shorthand for the spectral horrors of radiation poisoning, for a dangerous technology slipping its leash, for ecological fragility, and for what can happen when a dishonest and careless state endangers not only its own citizens, but all of humanity. It is a story that has long remained in dispute, clouded from the beginning in secrecy, propaganda, and misinformation.

Midnight In Chernobyl is an indelible portrait of history’s worst nuclear disaster, of human resilience and ingenuity and the lessons learned when mankind seeks to bend the natural world to his will – lessons which, in the face of climate change and other threats – remain not just vital but necessary.

Now, Higginbotham brings us closer to the truth behind this colossal tragedy.