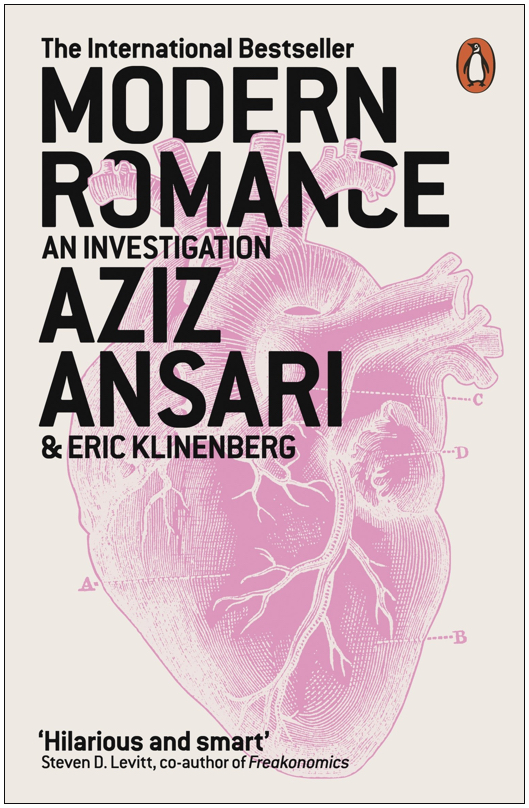 A hilarious, eye-opening tour of the new romantic landscape, from one of America’s sharpest comic voices and one of its leading sociologists.

In the old days, most people would find a decent person who lived in their village or neighbourhood, and after deciding they weren’t a murderer, get married and have kids – all by the age of 22.

Now we spend years of our lives searching for our perfect soul mate and, thanks to dating apps, mobile phones and social media, we have more romantic options than ever before in human history. Yet we also have to confront strange new dilemmas, such as what to think when someone is too busy to reply to a text but has time to post a photo of their breakfast on Instagram. And if we have so many more options, why aren’t people any less frustrated?

For years, American comedian Aziz Ansari has been aiming his comic insight at dating and relationships, and in Modern Romance, he teams up with award-winning sociologist Eric Klinenberg to investigate love in the age of technology. They enlisted some of the world’s leading social scientists, conducted hundreds of interviews, analyzed the behavioural data, and researched dating cultures from Tokyo to Buenos Aires to New York City. The result is an unforgettable picture of modern love, combining Ansari’s irreverent humour with cutting-edge social science.