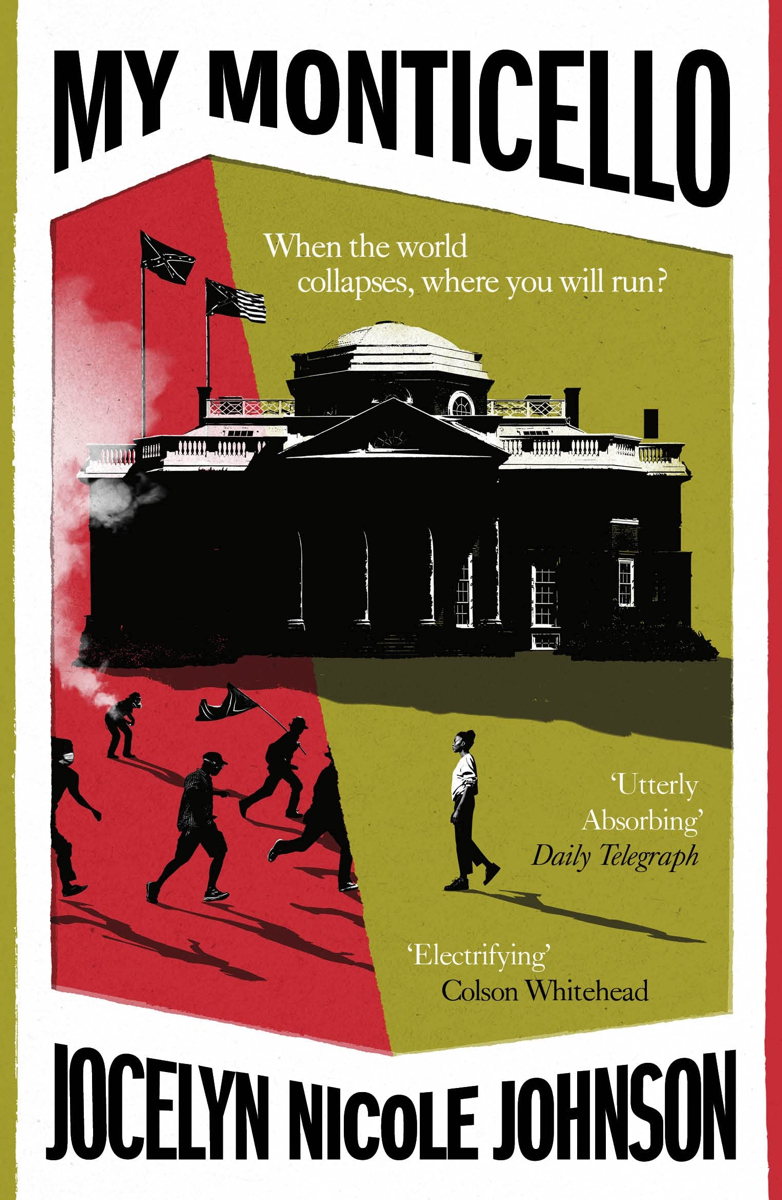 When the world collapses, where will you run?

After rolling blackouts and epic storms engulf America, the neighbourhood of First Street, Charlottesville comes under attack by violent white supremacists. A small group of families, friends and strangers flee for their lives, taking refuge in Monticello, Thomas Jefferson’s historic plantation home in the hills above the town.

Over nineteen heart-stopping days the group, led by Da’Naisha Love – a young Black descendant of Jefferson and Sally Hemings – find ways to survive as the world burns beneath them. But with the terror below coming closer, they must decide how far they’re willing to go to protect what’s theirs . . .

Jocelyn Nicole Johnson’s writing has appeared in Guernica and the Guardian and has been anthologized in Best American Short Stories 2018, guest edited by Roxane Gay. My Monticello is her debut. She lives in Charlottesville, Virginia.