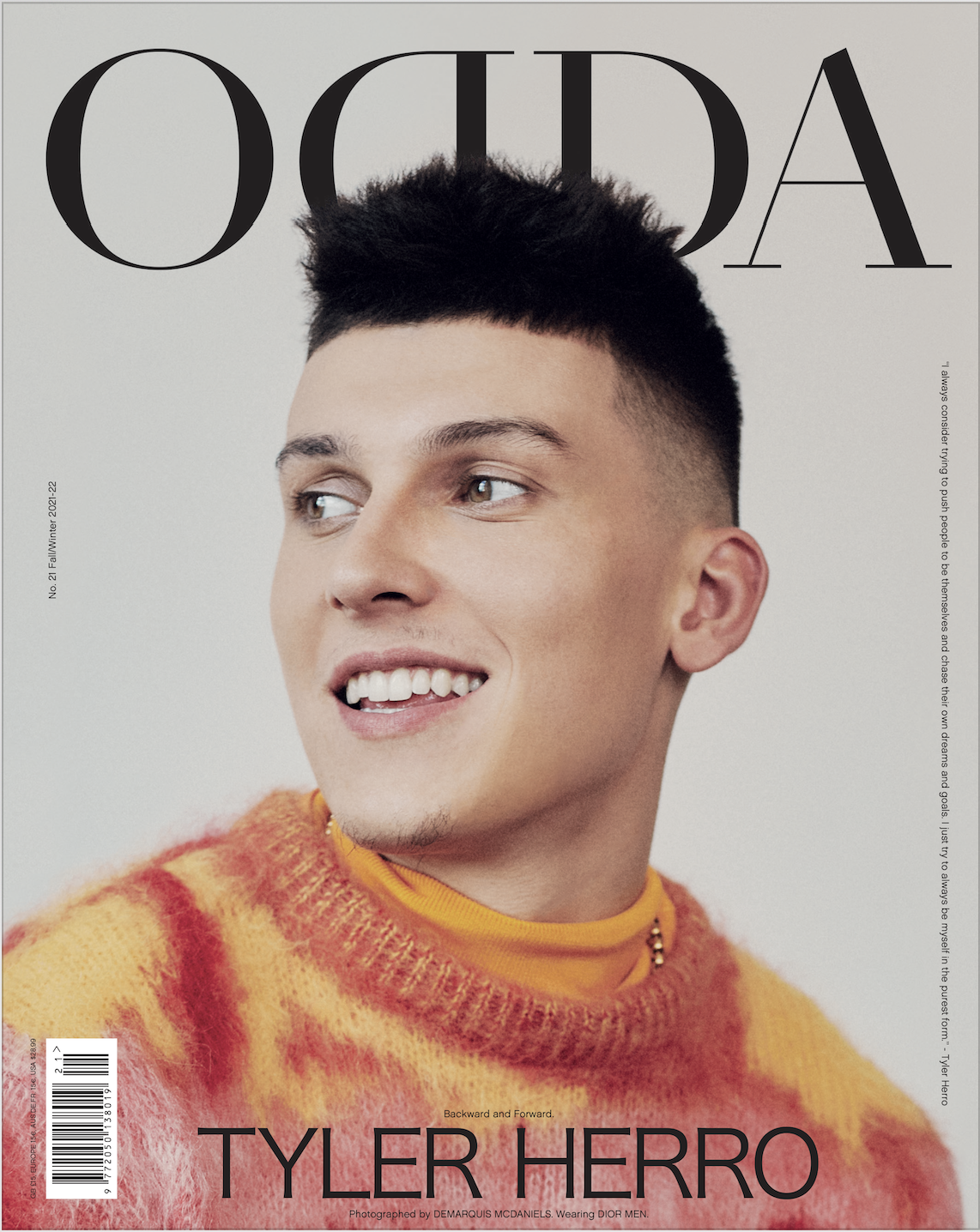 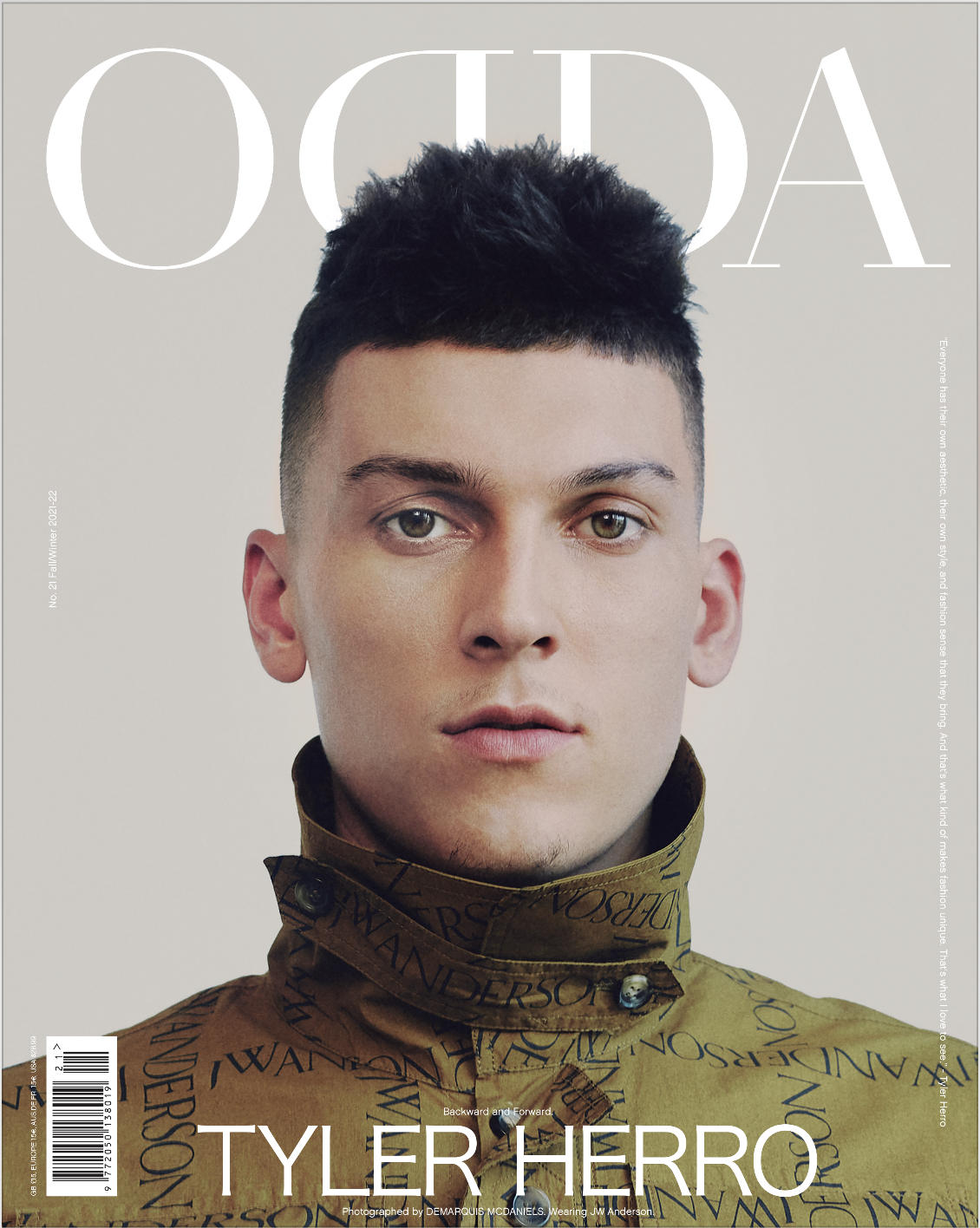 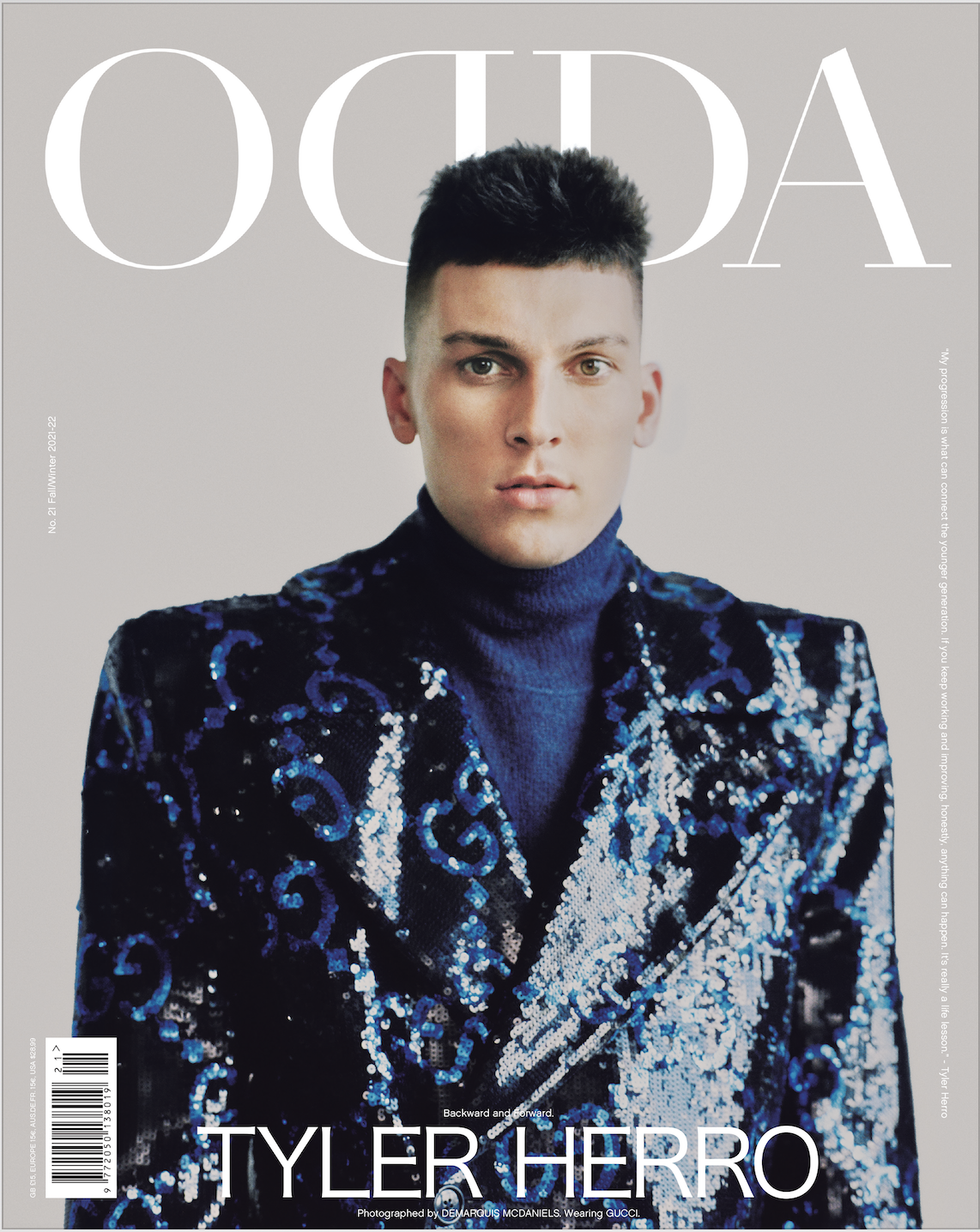 We are pleased to announce, as we approach the ten year anniversary of our publication, ODDA 21 is officially ready to order. Miami Heat point guard, Tyler Herro, makes an iconic splash as the first male cover for a single cover launch.

Herro, who has been making a massive impact both on and off the court, embodies the confidence and perseverance of a rising NBA All-star. We talk about his career, the intersectionality between fashion and the world of basketball, and his admiration for Virgil Abloh, Gucci, and Rick Owens.

Additionally, we sat down with Dr. Amanda Parkes, the mastermind behind the fully sustainable brand PANGAIA, Marcellus Neel, one of the leading figures at Amazon Fashion, and Mapi Moran of Goldenvoice, the creative marketing powerhouse that oversees festivals like Coachella.

Alexa Chung invites us into her studio to talk about her brand, ALEXACHUNG, and her journey from a global style icon to entrepreneur. We also speak with Conley Averett of Judy Turner, contemporary artist Tom Sachs, Sophie Hersan of Vestiaire Collective, the iconic photographer Michael Zagaris, and have the chance to dive into the conversation between the fashion critic, Alexander Fury, and reality T.V. royalty, Kyle Richards.

In the words of our Editor in Chief David Martin, “Be yourself, stay safe, respect others, and xoxo Gossip Girl.”