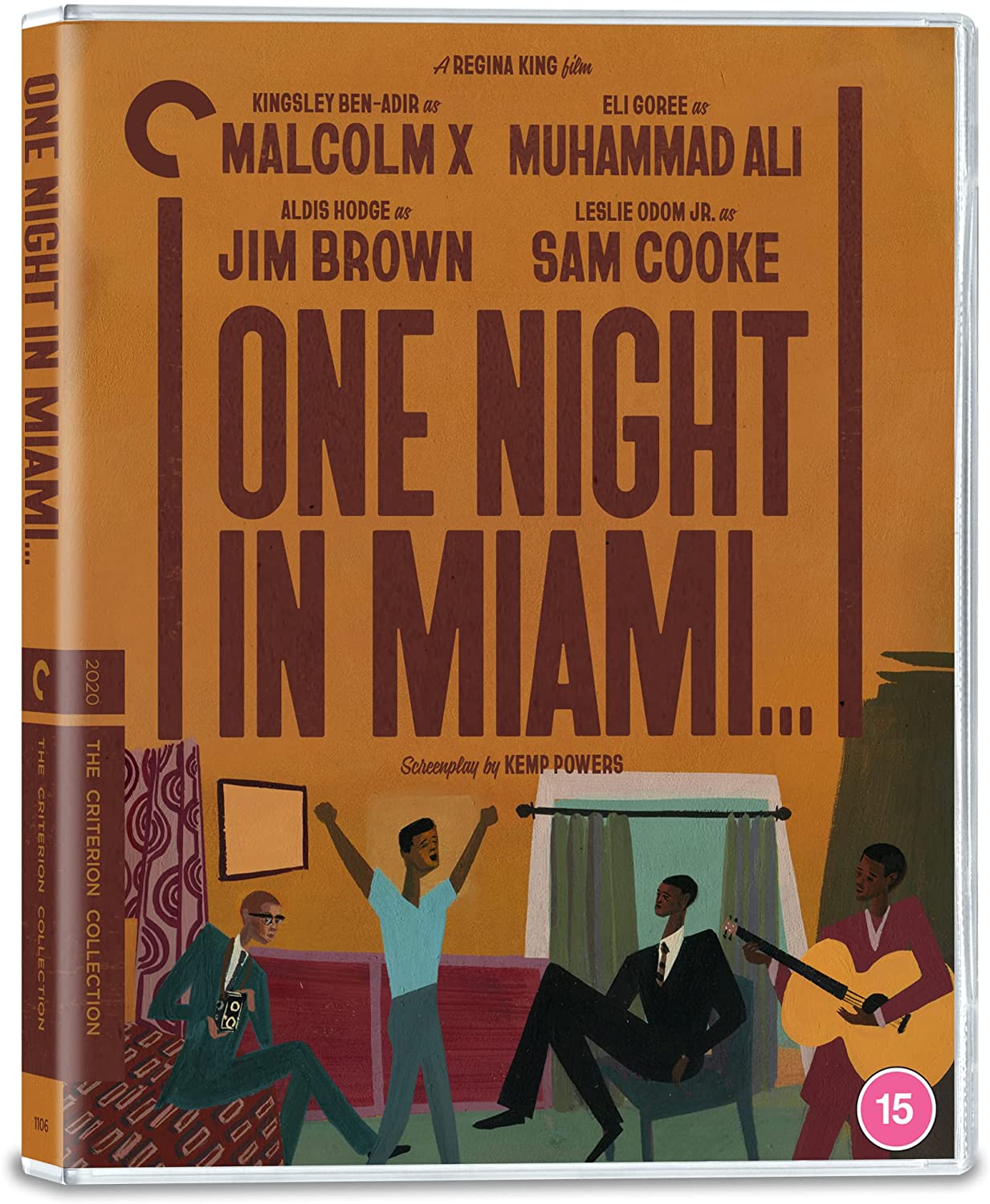 One Night In Miami… (Blu-Ray)

Adapted by Kemp Powers from his acclaimed play, the feature directorial debut of Academy Award–winning actor Regina King puts viewers in a room with four icons at the forefront of Black American culture as they carouse, clash, bare their souls, and grapple with their places within the sweeping change of the civil rights movement. February 25, 1964, has gone down in history as the day that the brash young boxer Muhammad Ali (then known as Cassius Clay) defeated Sonny Liston, but what happened after the fight was perhaps even more incredible: Ali, civil rights leader Malcolm X, NFL great Jim Brown, and “King of Soul” Sam Cooke all came together at a Miami motel. Electric with big ideas and activist spirit, One Night in Miami . . . plunges us into the midst of an intimate, ongoing conversation—and a defining moment in American history.