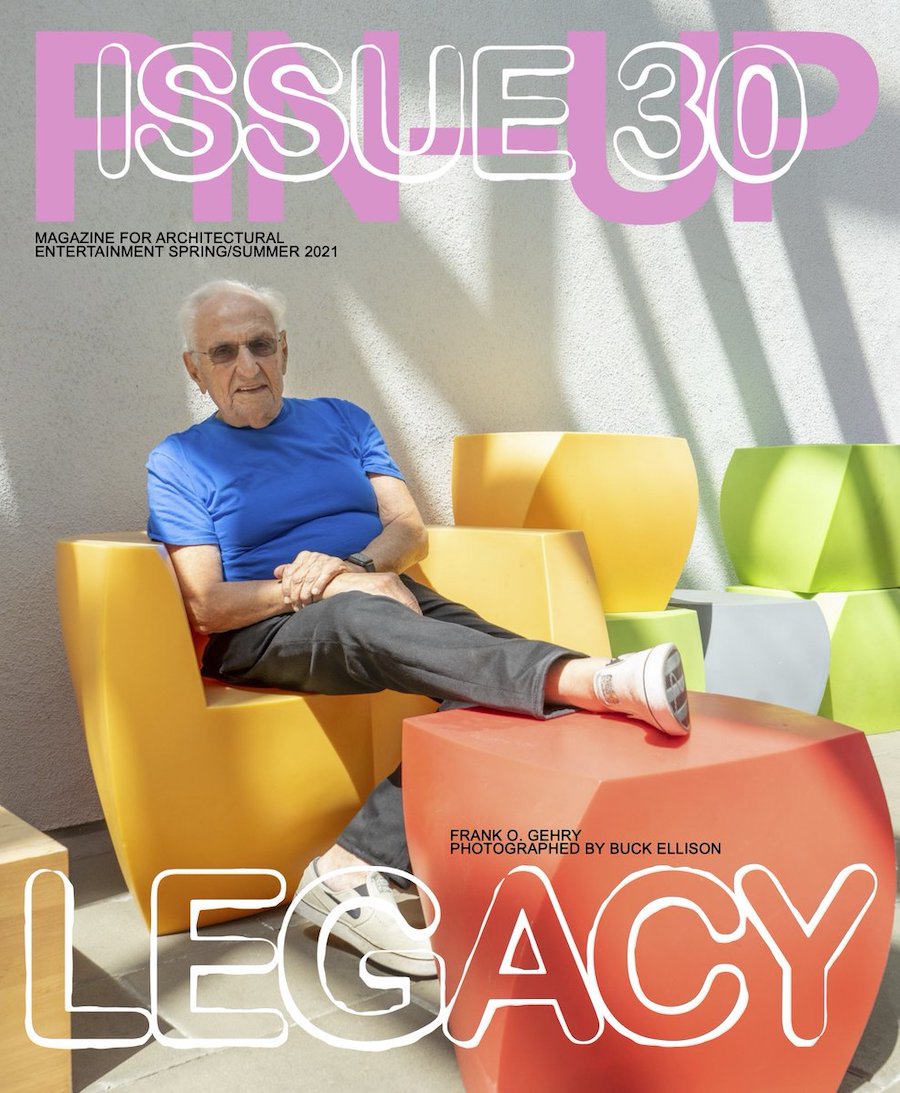 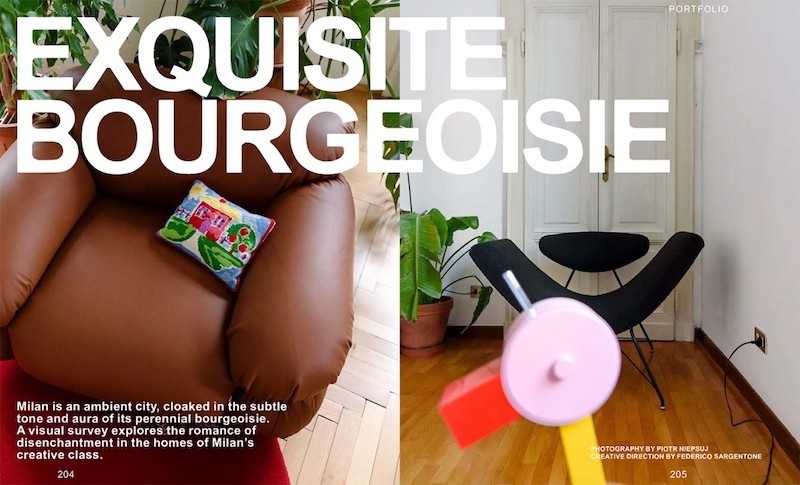 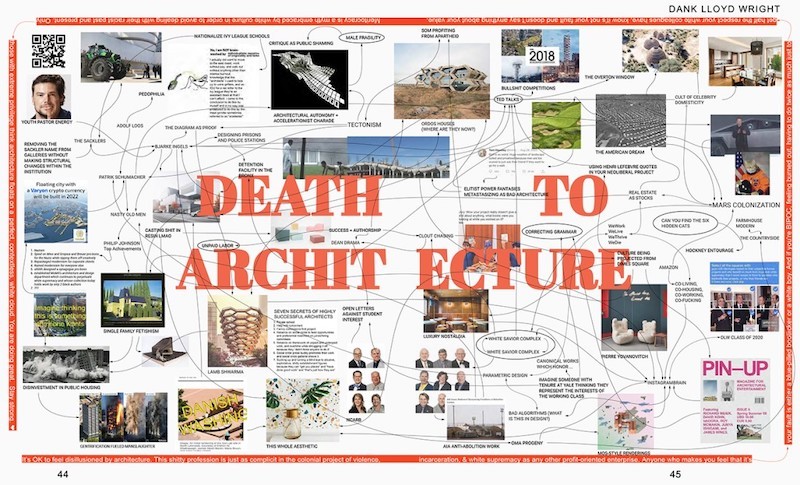 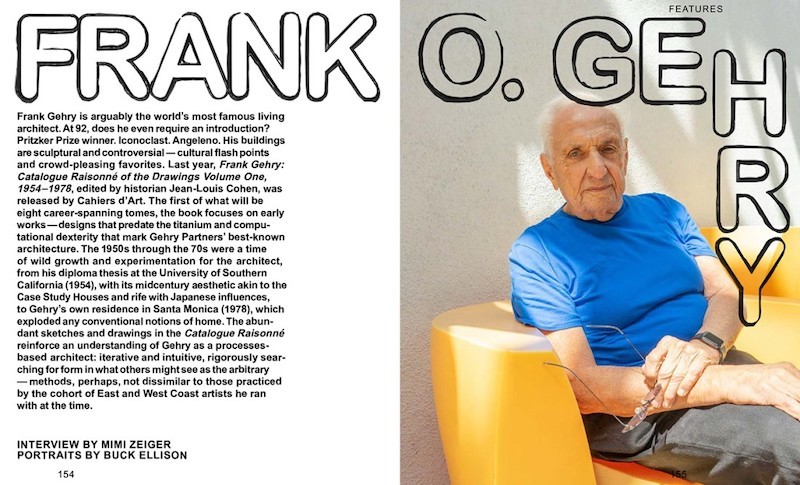 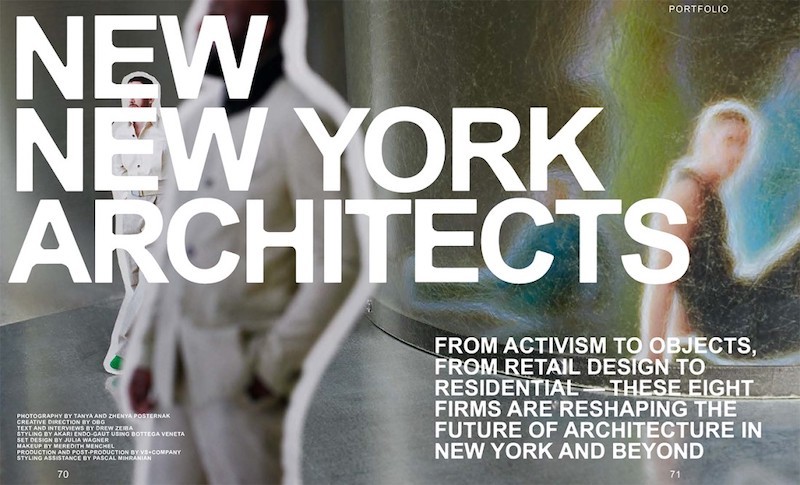 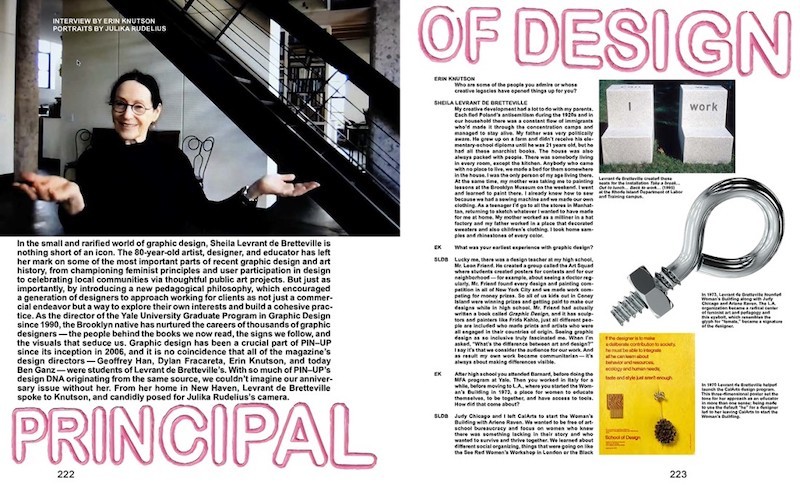 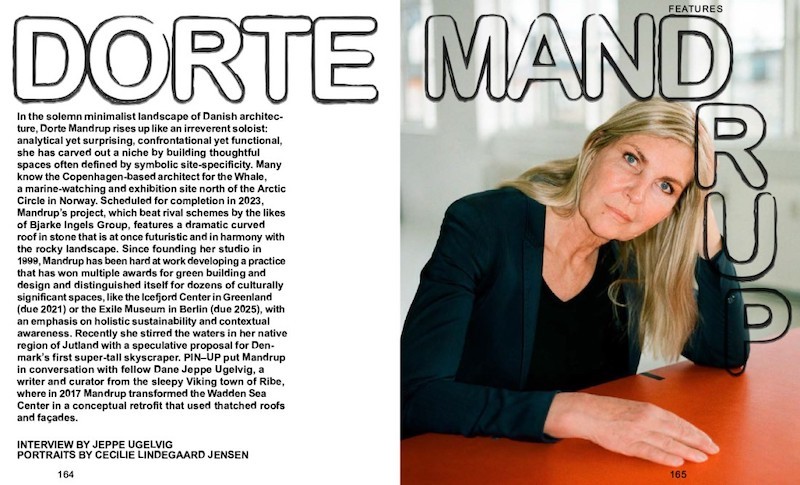 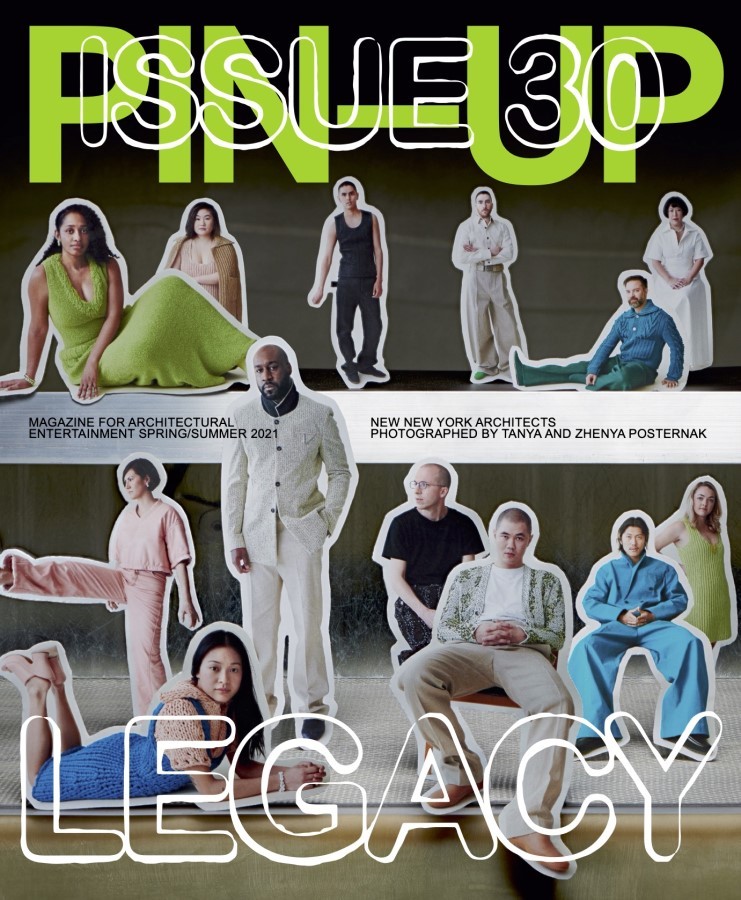 PIN–UP is a magazine that captures an architectural spirit, rather than focusing on technical details of design, by featuring interviews with architects, designers, and artists, and presenting work as an informal work in progress – a fun assembly of ideas, stories and conversations, all paired with cutting-edge photography and artwork.

Happy birthday PIN–UP. For our 15-year anniversary issue the theme is legacy. And who better to grace the cover than the legendary Frank O. Gehry, photographed by Buck Ellison. The second cover, photographed by Tanya and Zhenya Posternak, is dedicated to eight emerging firms who are building future legacies with bold moves: A+A+A, Agency—Agency, ALAO, ANY Studio, Beyond the Built Environment, Minjae Kim, Sean Canty Studio, and Marsollier Villacorta LLC.

15 YEARS OF PORTRAITS
A special gatefold with every person PIN–UP has ever photographed.

Also in the issue: An interview with artist Aria Dean; Natasha Stagg’s take on Balenciaga’s new-yet-old couture HQ; Taylore Scarabelli on Instagram and how it is changing home decor; Huy Lemmey on the legacy of Philip Johnson and other bad gays; Drew Zeiba on archiving and obsolescence; Ted Barrow on a storied Beaux-Arts bank building in San Francisco; a book review on the relationship between race and Modern architecture; Mario Ballesteros on a 1940s ceramic hoax capturing Mexican identity anxiety; an anonymous Swiss inventor on his two-person sex machine; and so much more. And memes by Dank Lloyd Wright.

PLUS: A mini special on Milan!