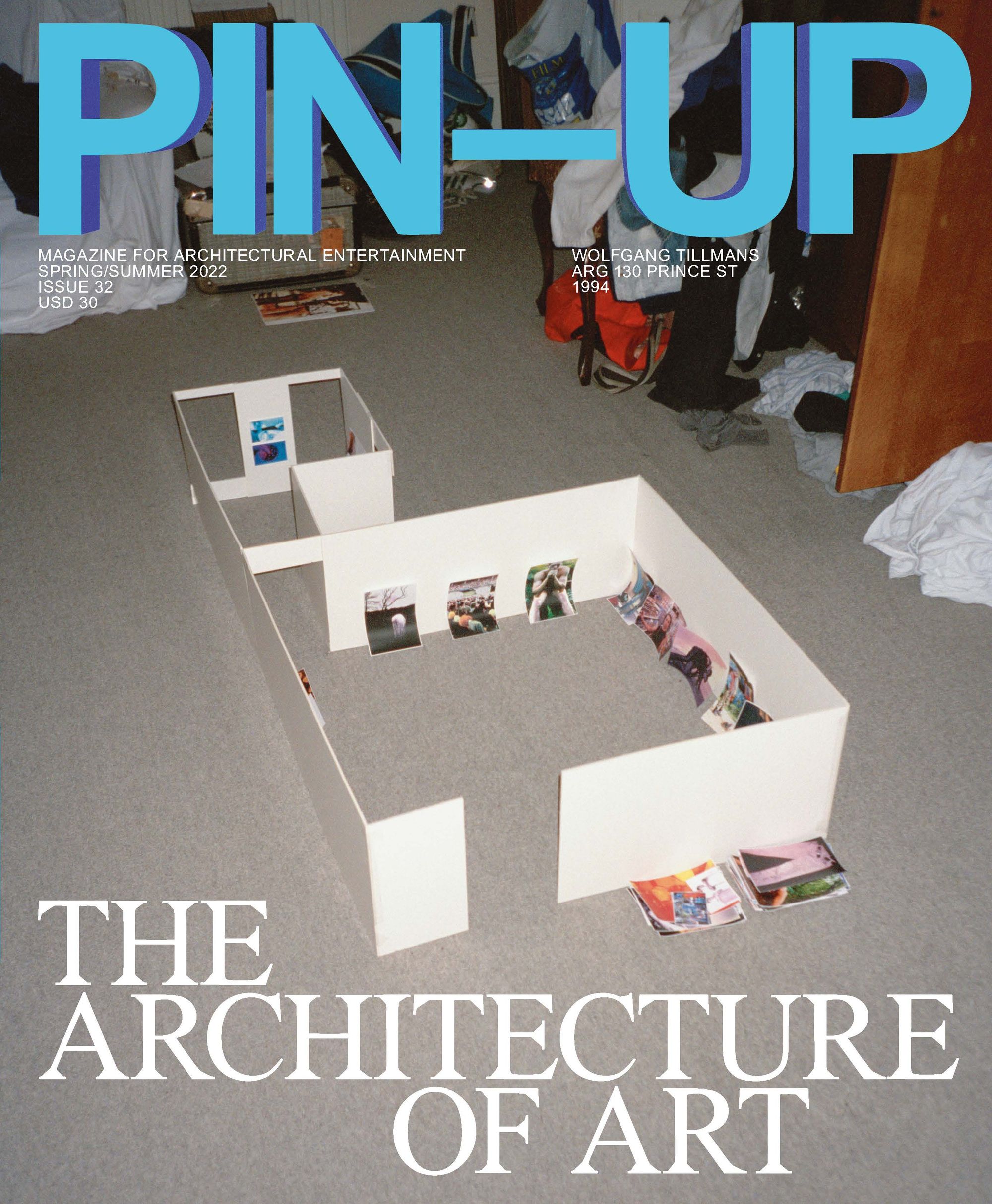 PIN–UP is a magazine that captures an architectural spirit, rather than focusing on technical details of design, by featuring interviews with architects, designers, and artists, and presenting work as an informal work in progress – a fun assembly of ideas, stories and conversations, all paired with cutting-edge photography and artwork.

What is art? Where does it come from? And how and where is it shown? PIN–UP 32 is entirely dedicated to the architecture of art, from labor policies, to curatorial practices, to the physical context in which things are viewed. On the cover: a 1:10 model of artist Wolfgang Tillmans’s first exhibition in New York City in 1994.

Also: Alice Bucknell on the architecture of game space.

PLUS: rediscovering Aldo Rossi; re-appreciating James Rose; and reclaiming outsider architecture by the likes of Bruno Weber, Facteur Cheval, and Isaiah Zagar. And a pit stop at Dior in Paris.