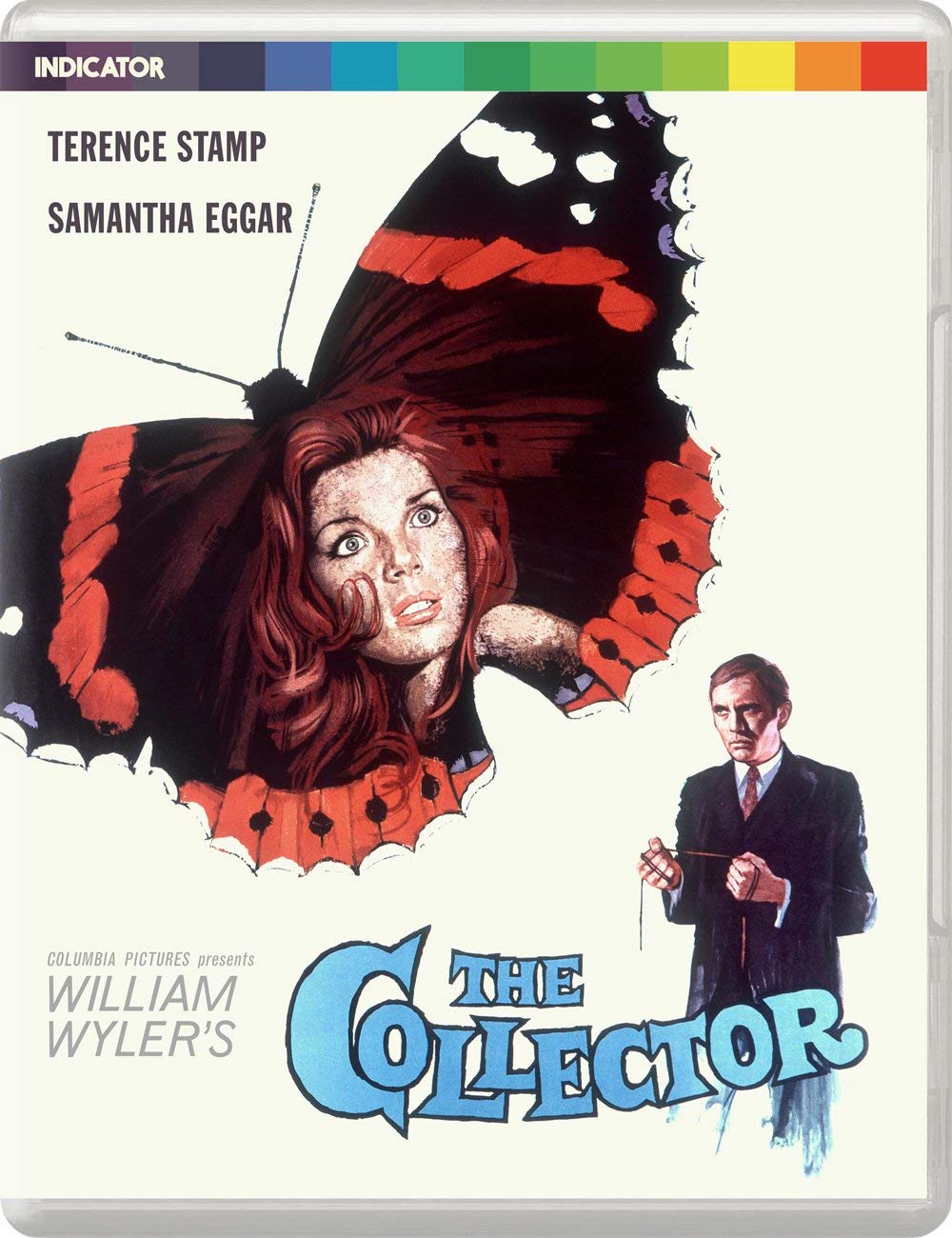 The great Hollywood director William Wyler (Jezebel, Wuthering Heights, The Heiress, Ben-Hur) took John Fowles’ celebrated novel and turned it into one of the finest – and most controversial – psychological thrillers of the 1960s.

A lonely, unbalanced young butterfly collector (Terence Stamp, Far from the Madding Crowd, The Mind of Mr. Soames, Superman II) stalks and abducts a young art student (Samantha Eggar, Psyche 59, The Brood), keeping her imprisoned in a stone cellar as if she were one of his specimens.

Stamp and Eggar won Best Actor prizes for their roles at the 1965 Cannes Film Festival, and the film remains a surprising and often shocking depiction of psychotic obsession.