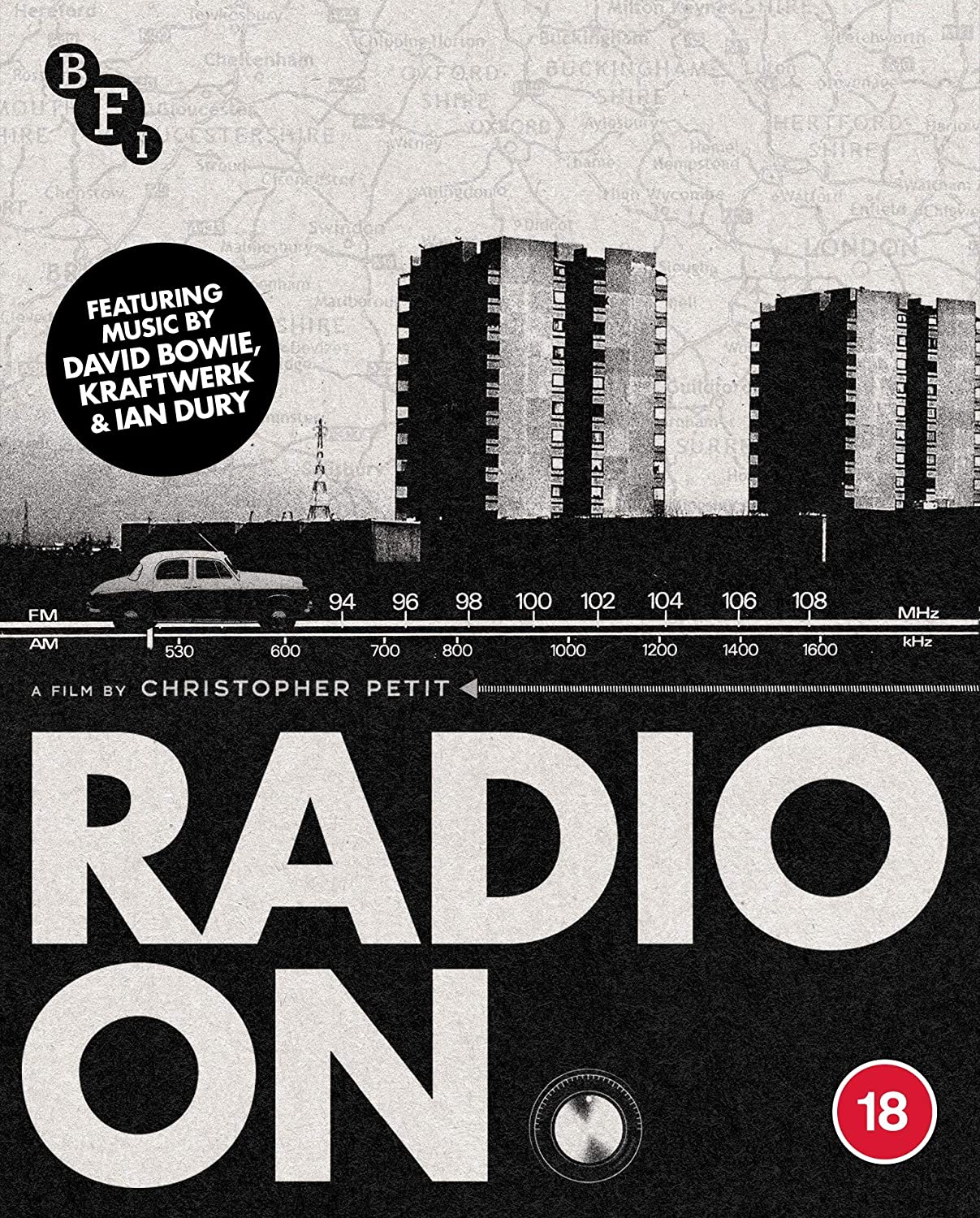 Chris Petit’s cult classic Radio On is one of the most striking feature debuts in British cinema – a haunting blend of edgy mystery story and existential road movie, crammed with eerie evocations of English landscape and weather.

Following a young London DJ (David Beames) on the road to Bristol to investigate the mysterious death of his brother, Radio On offers a unique, compelling and even mythic version of a late 1970s England, stalled between failed hopes of cultural and social change and the imminent upheavals of Thatcherism.

Special features:
– Newly restored by the BFI from the original camera negative
– A Little bit Kitsch, But Ice Cold: Retro-futurism in Focus (2021, 52 mins, audio only): in conversation with BFI Video Publishing’s Vic Pratt, Chris Petit, writer and director of Radio On revisits the film, recalls key scenes in detail and reconsiders the film’s legacy and continued influence
– Cinematic Windscreen: Jason Wood on Radio On (2021, 54 mins): newly recorded interview with Creative Director of Film & Culture at Manchester’s HOME
– Interview with Chris Petit and producer Keith Griffiths (2008, 42 mins)
– Radio on (remix), (1998, 24 mins): a stunning digital video essay with radical disruption of the original soundtrack by Wire’s Bruce Gilbert
– Coping with Cupid (1991, 18 mins): three blondes from another planet land on Earth in order to conduct research into romantic love in this short film directed by musician and author Viv Albertine
– On the Road (1972 + 1975, 47 mins): a pair of public information films including L For Logic providing a flashback to driving tests in the 70s and The Motorway File, directed by Ferdinand Fairfax (Jeeves and Wooster, Danger UXB) on the dangers of motorway driving
– Original trailer
– Image gallery