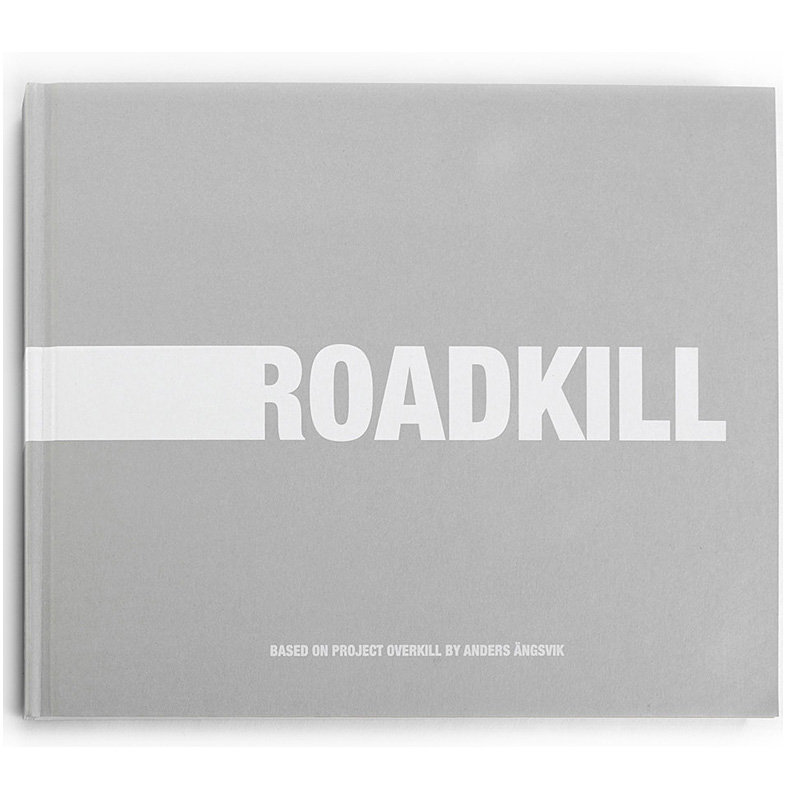 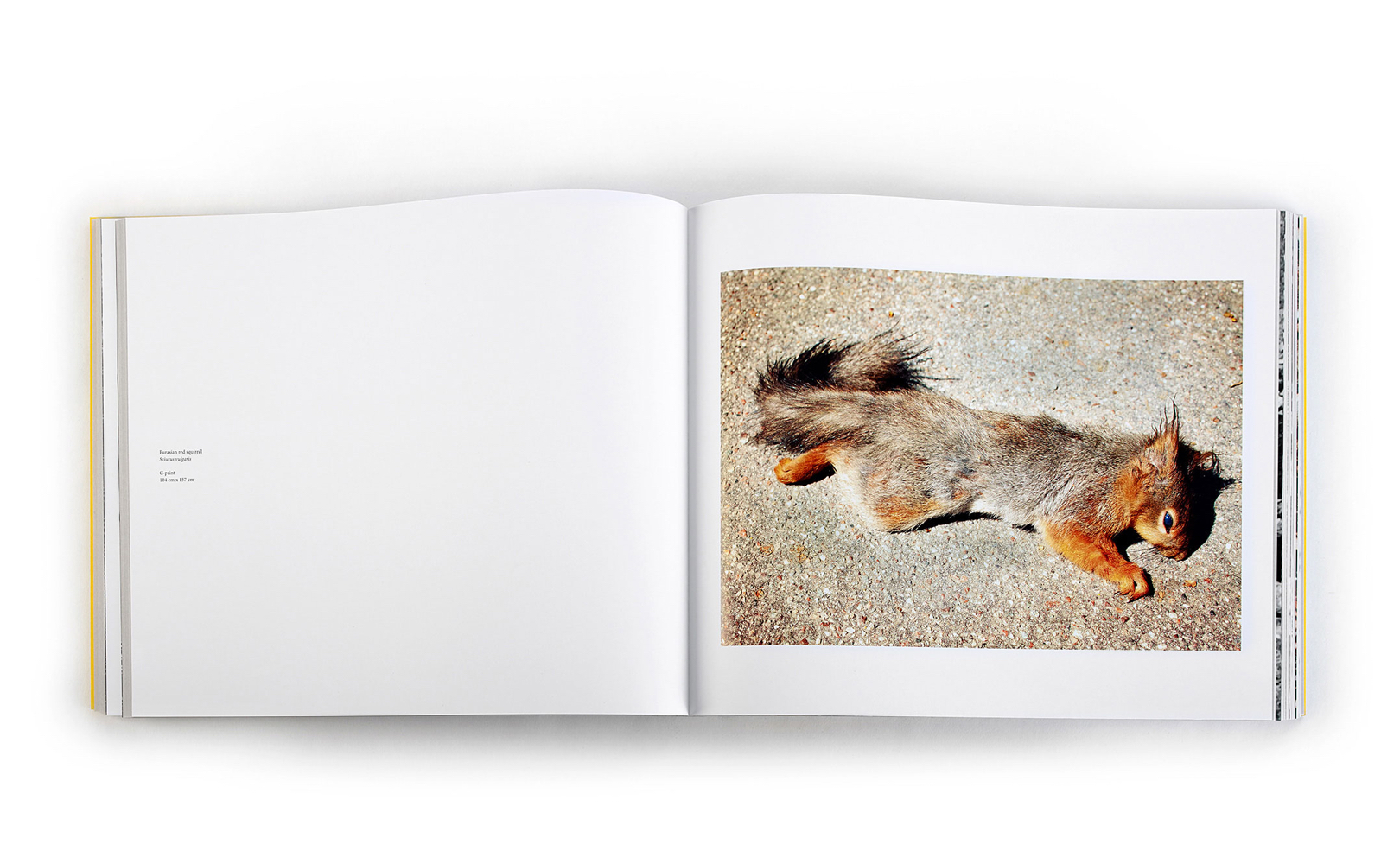 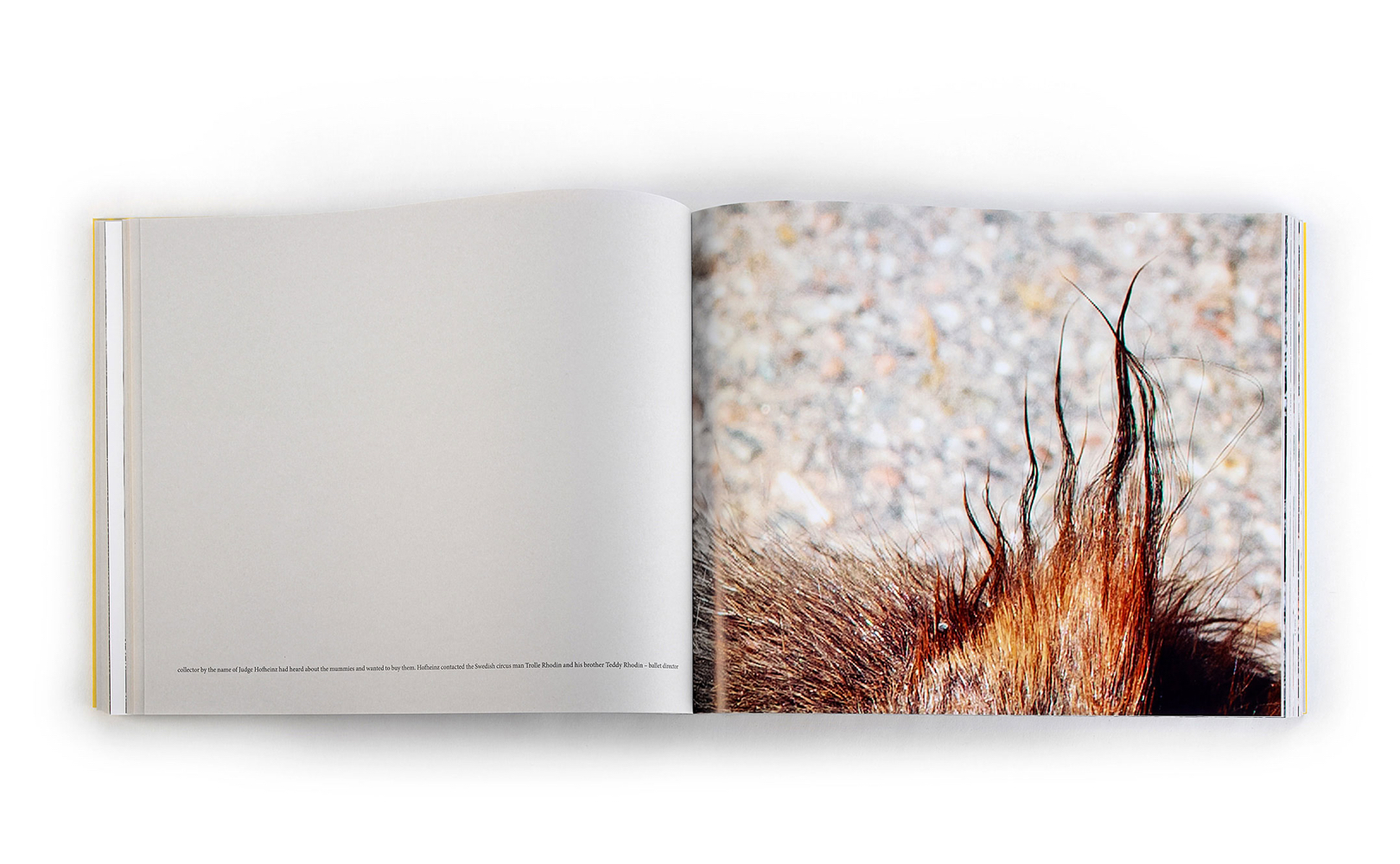 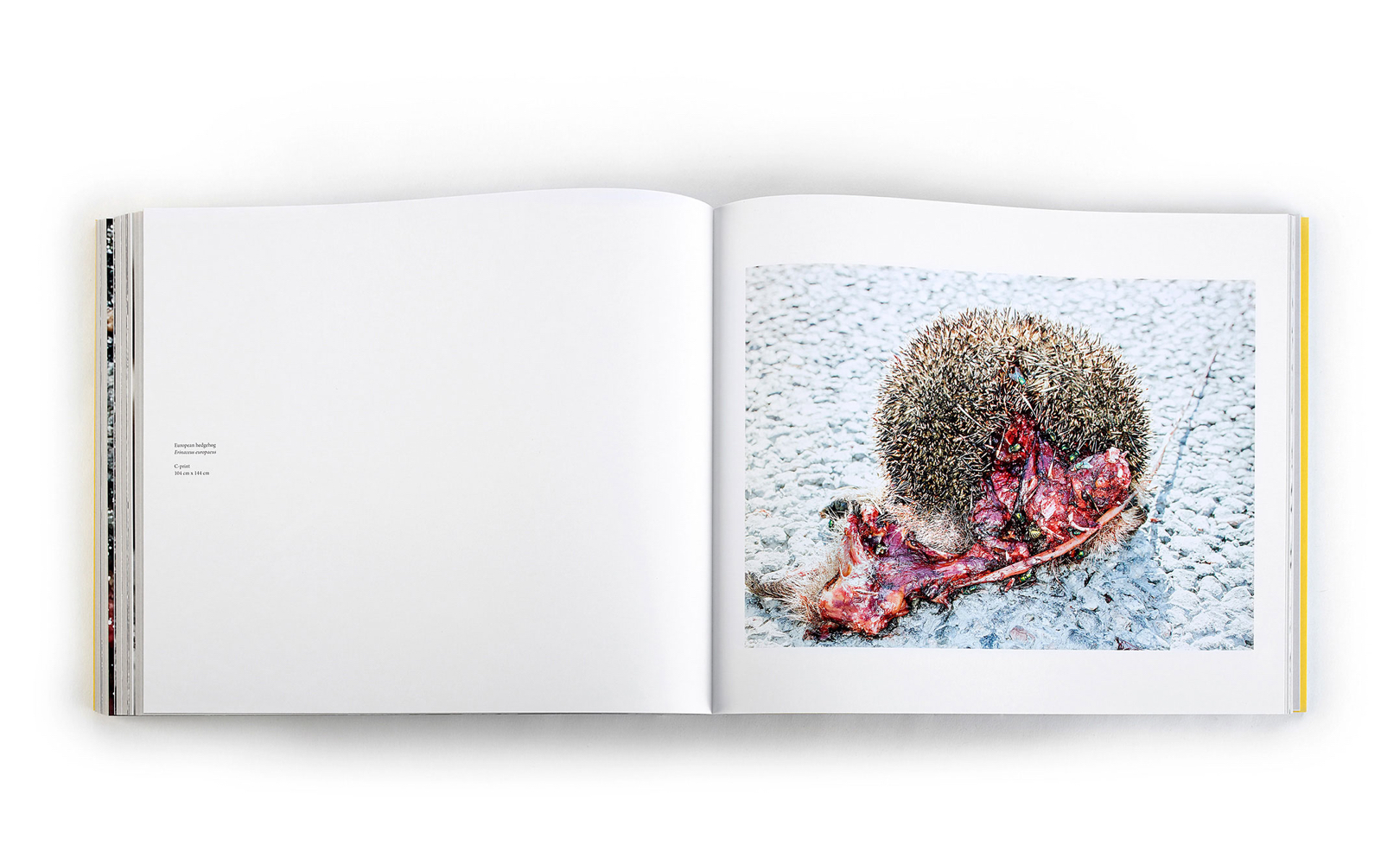 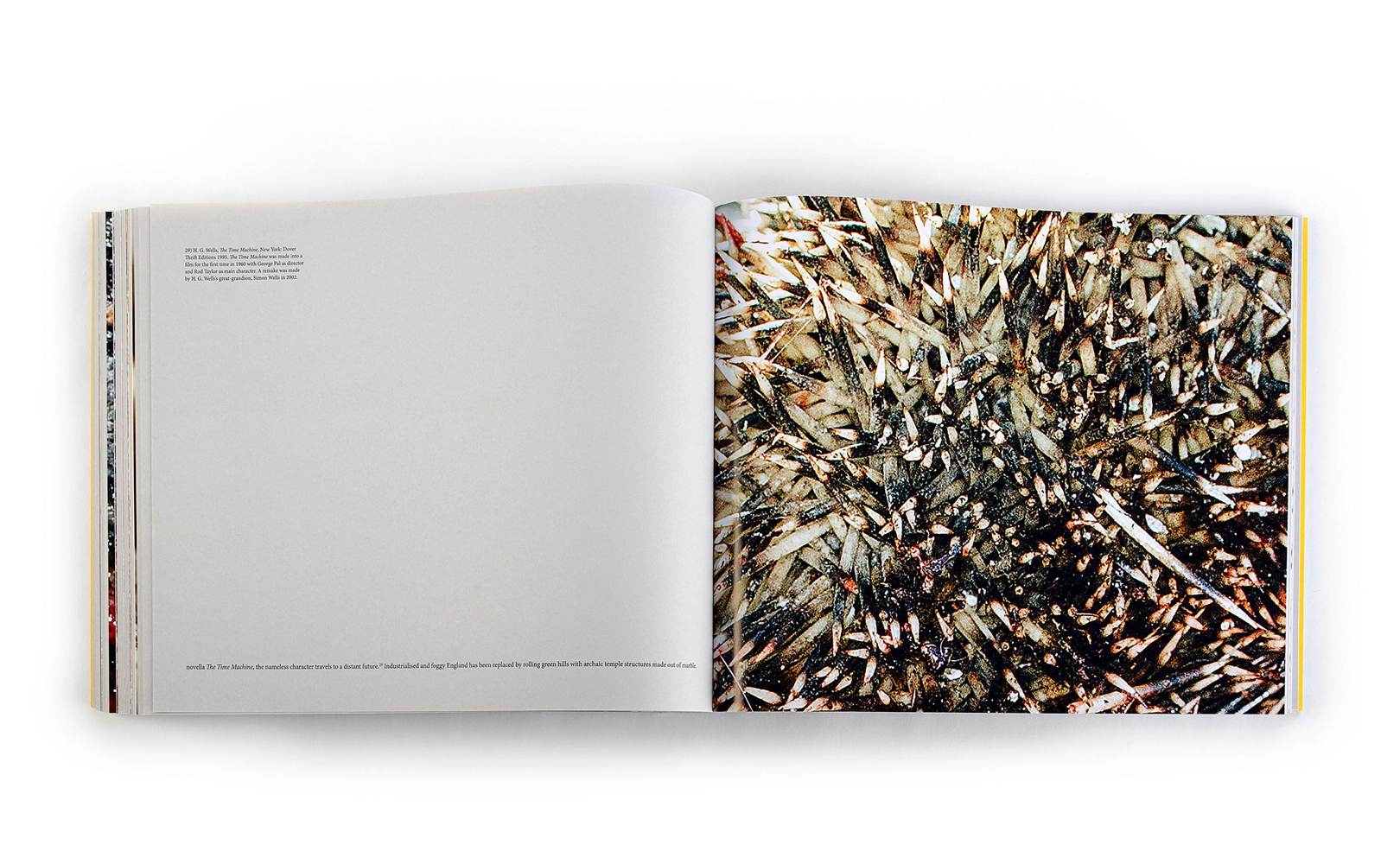 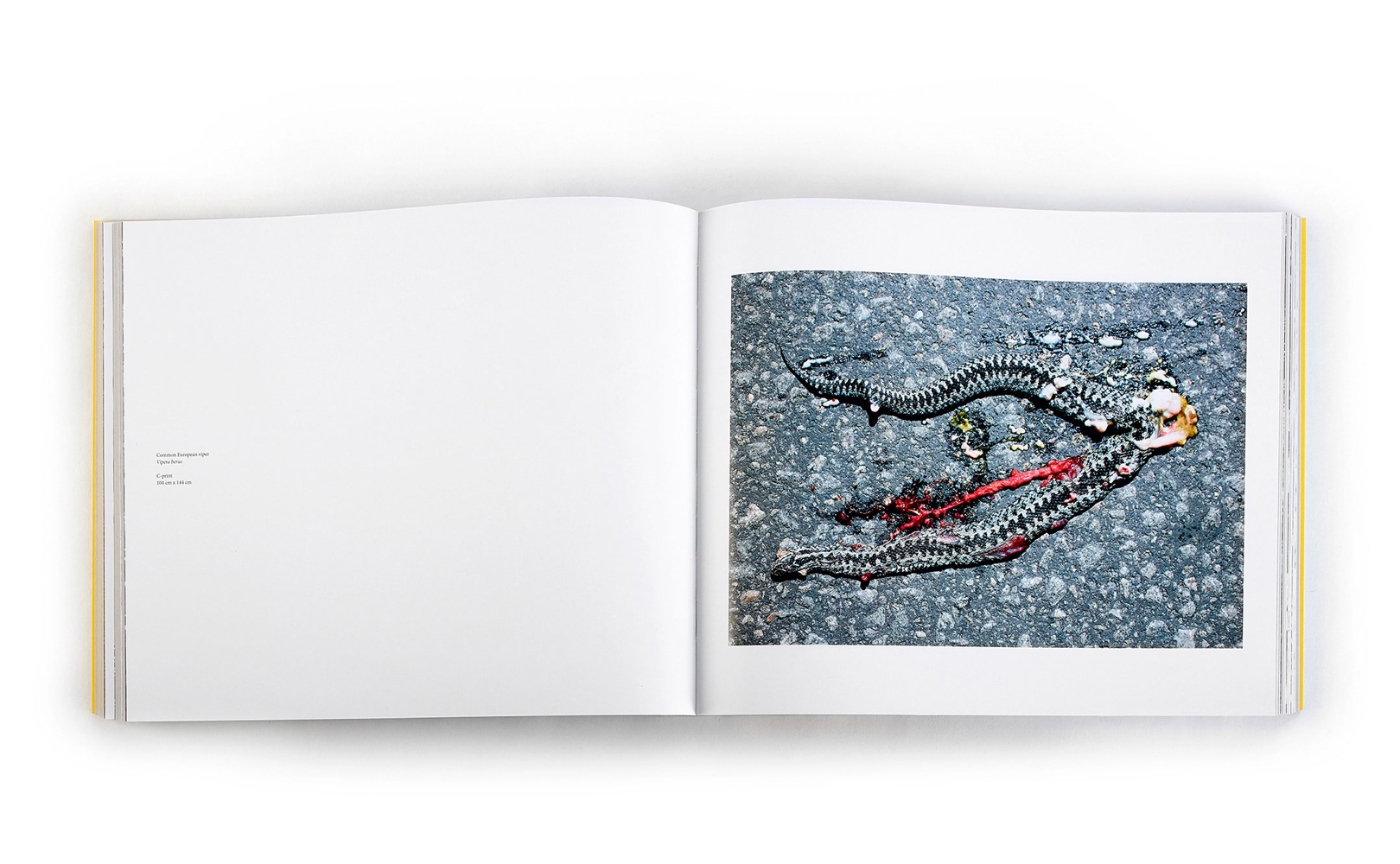 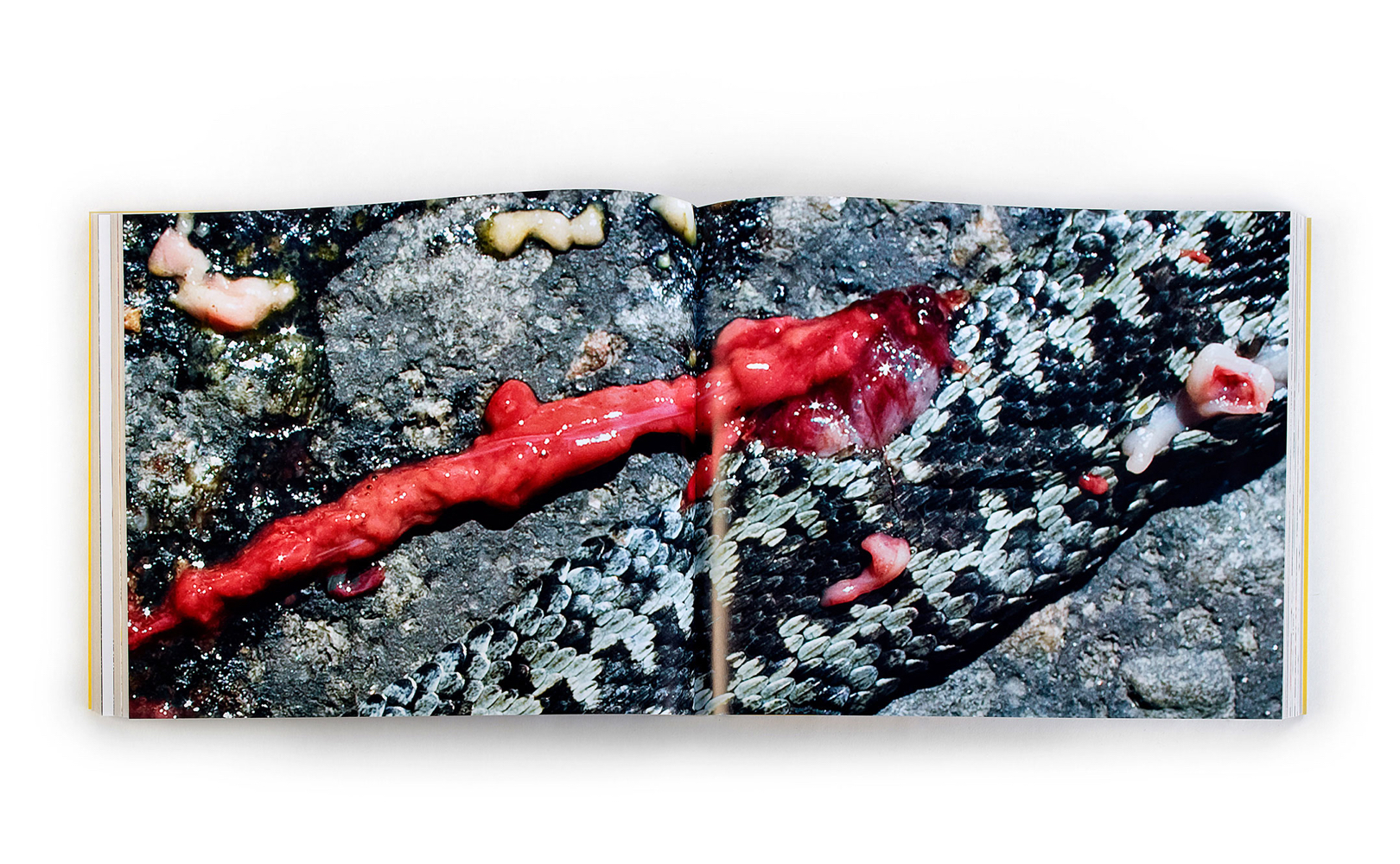 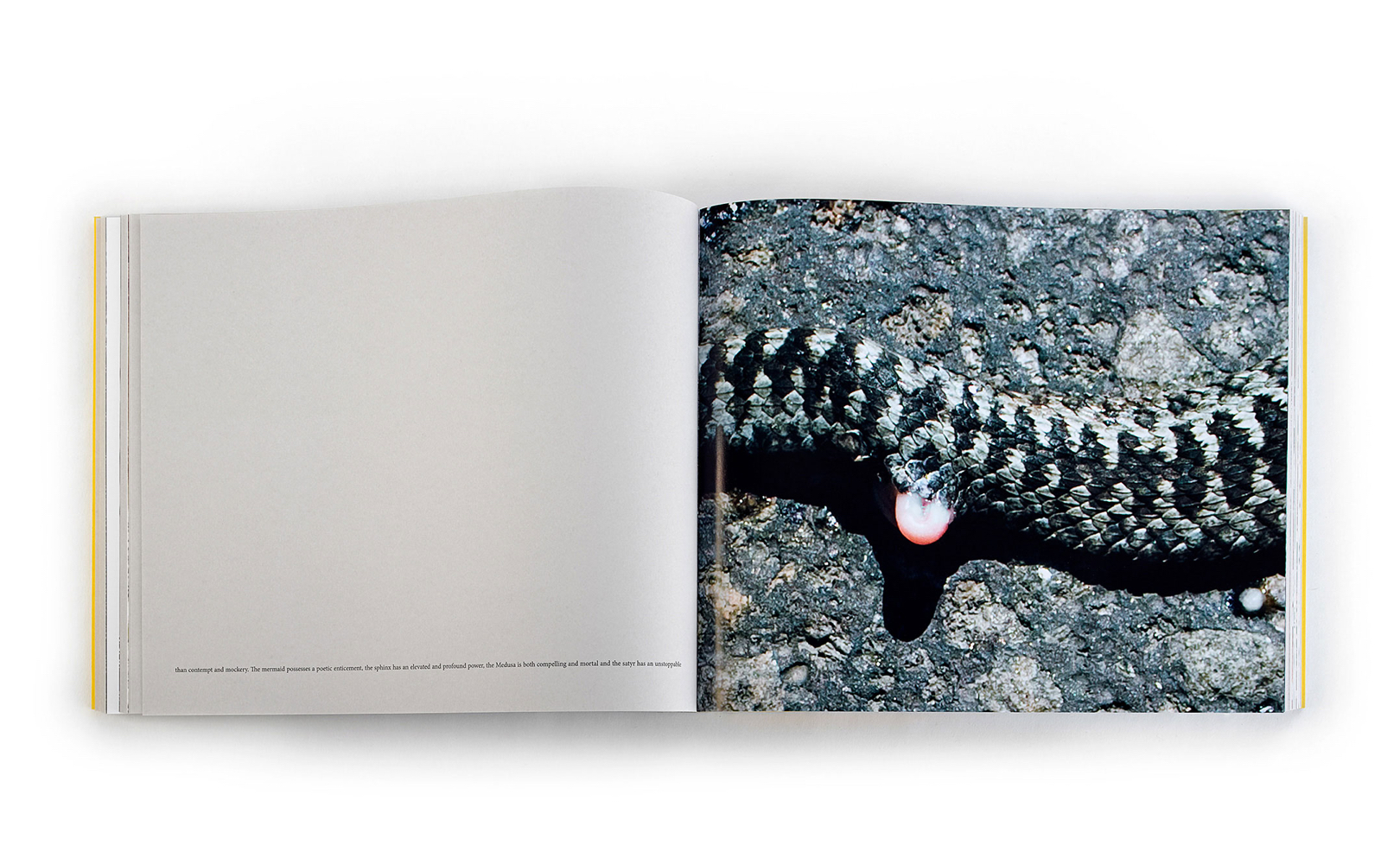 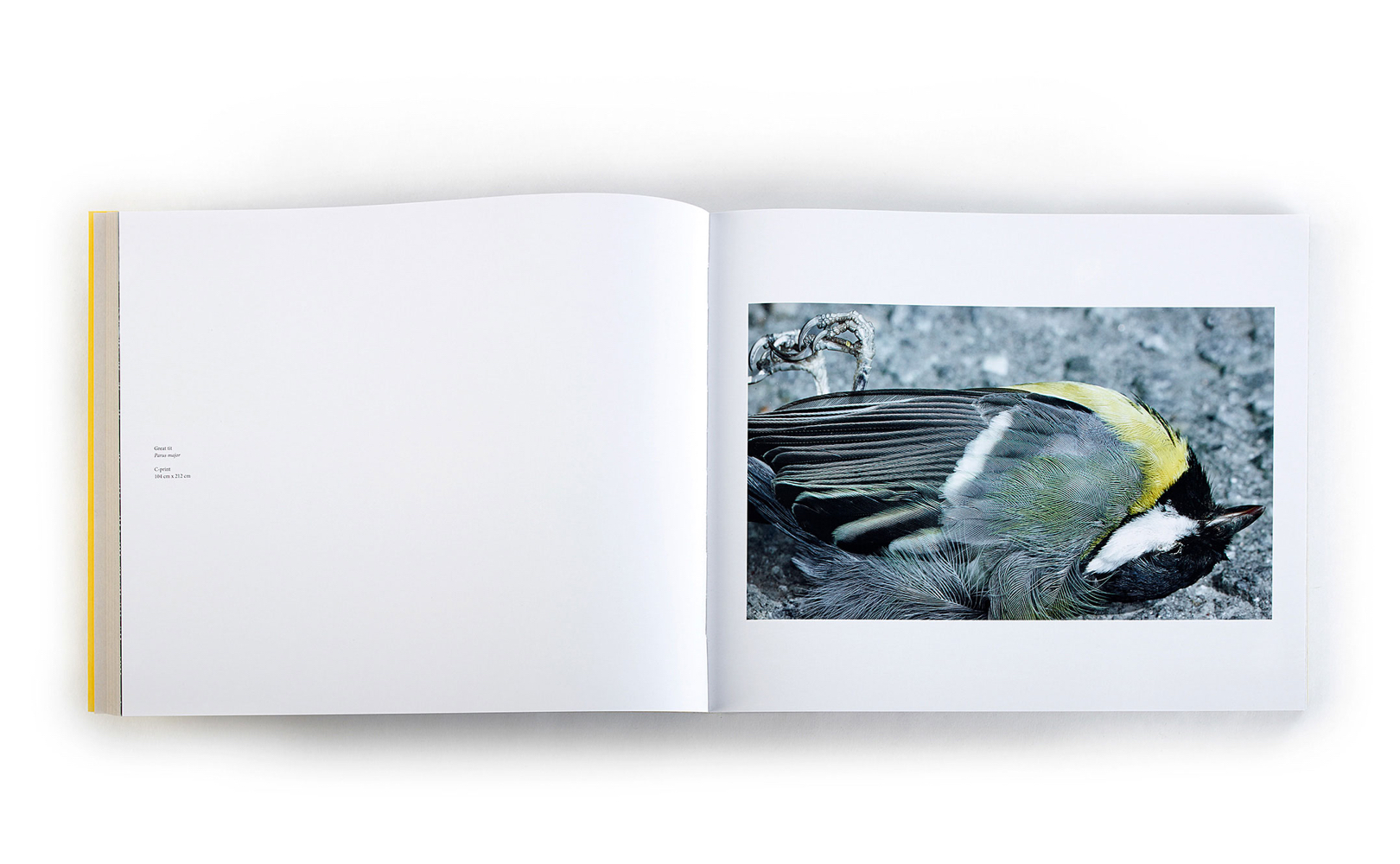 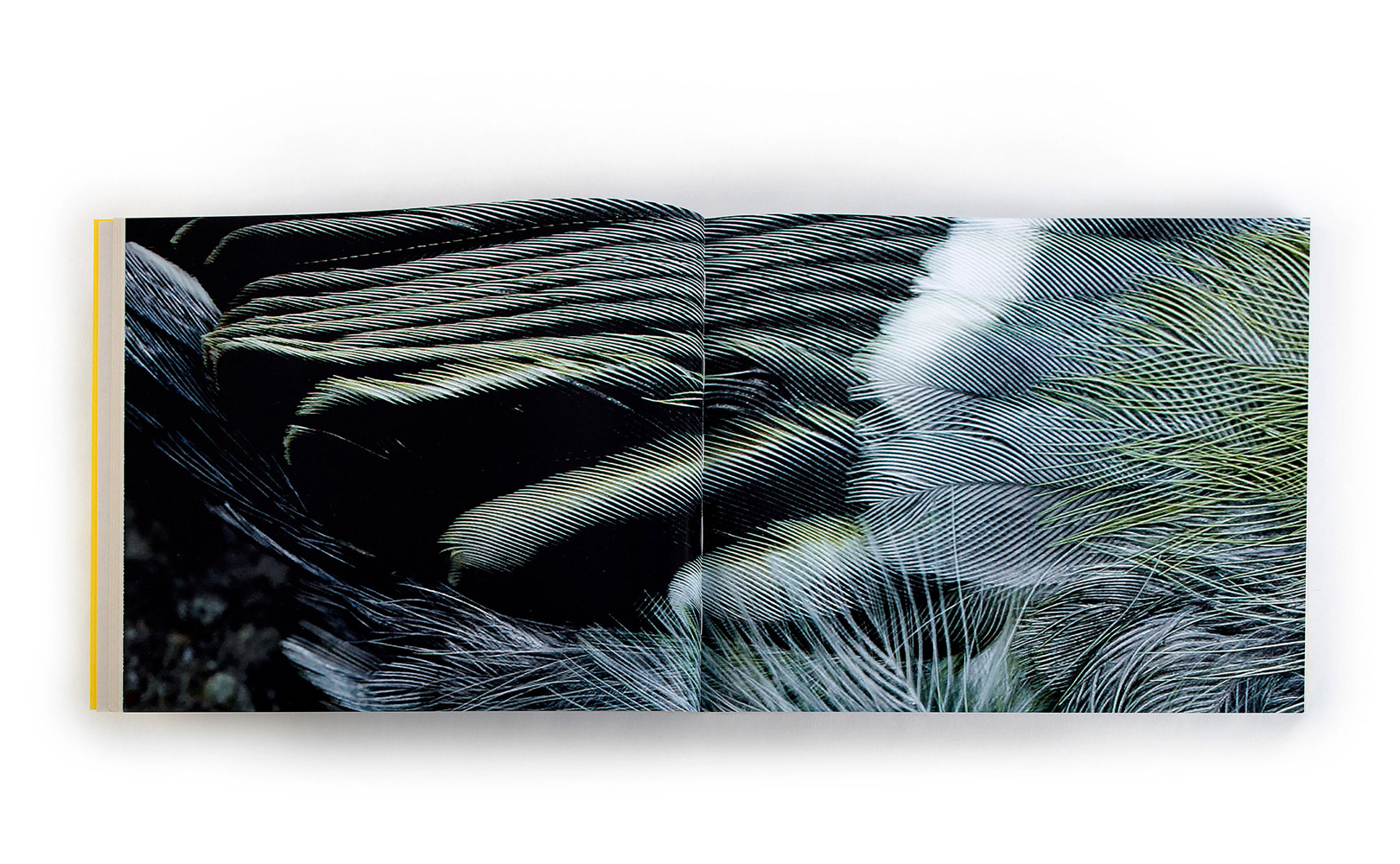 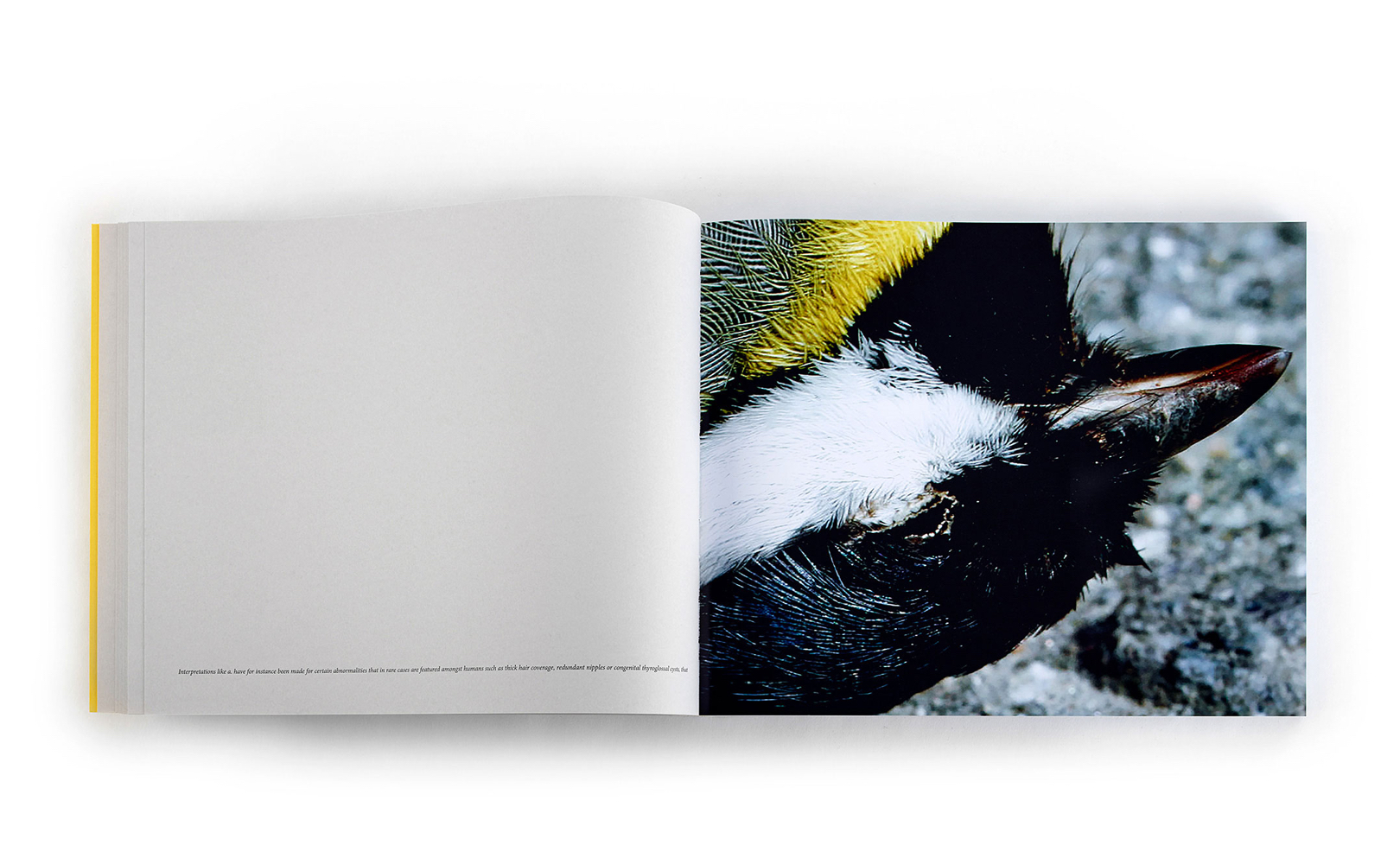 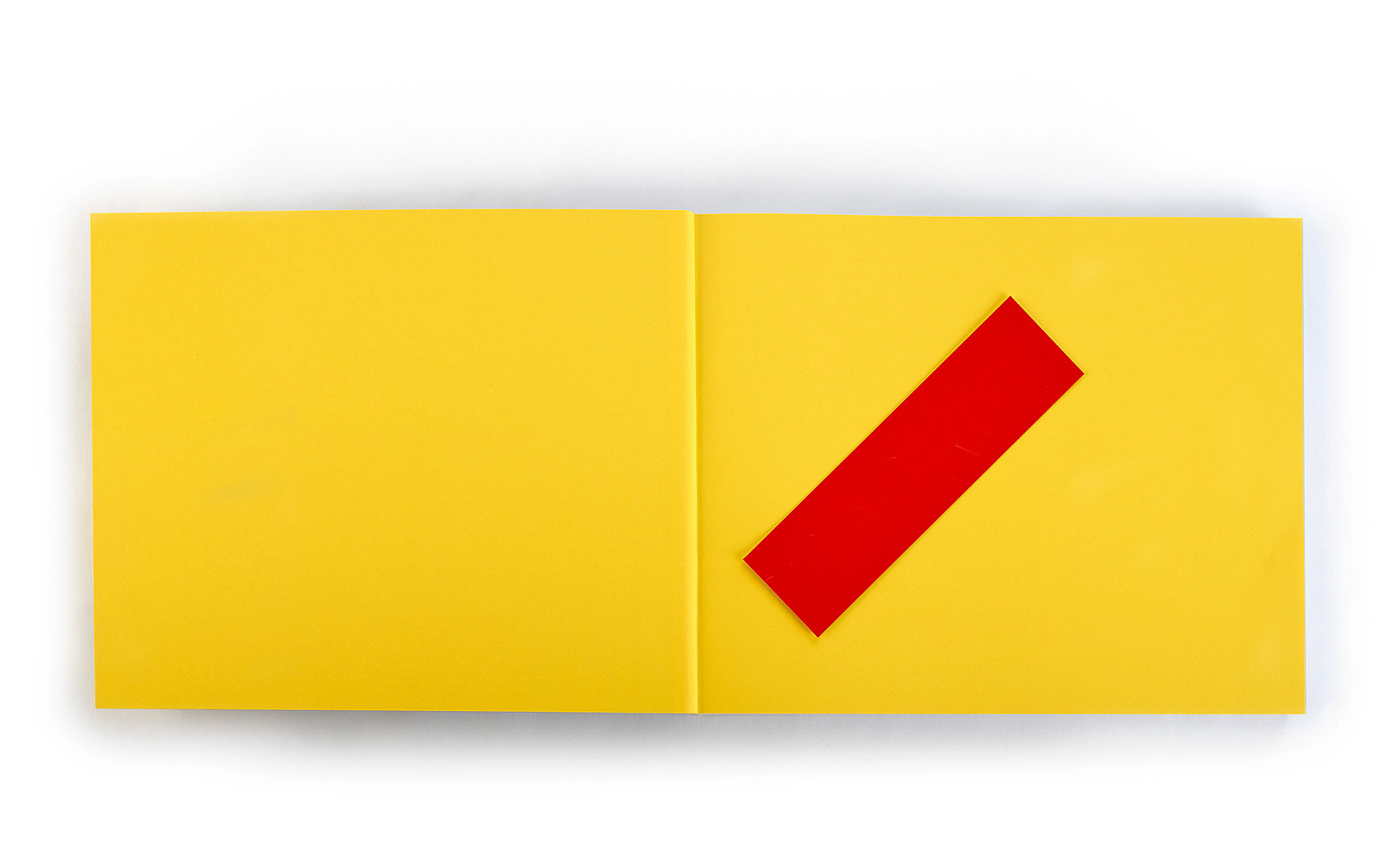 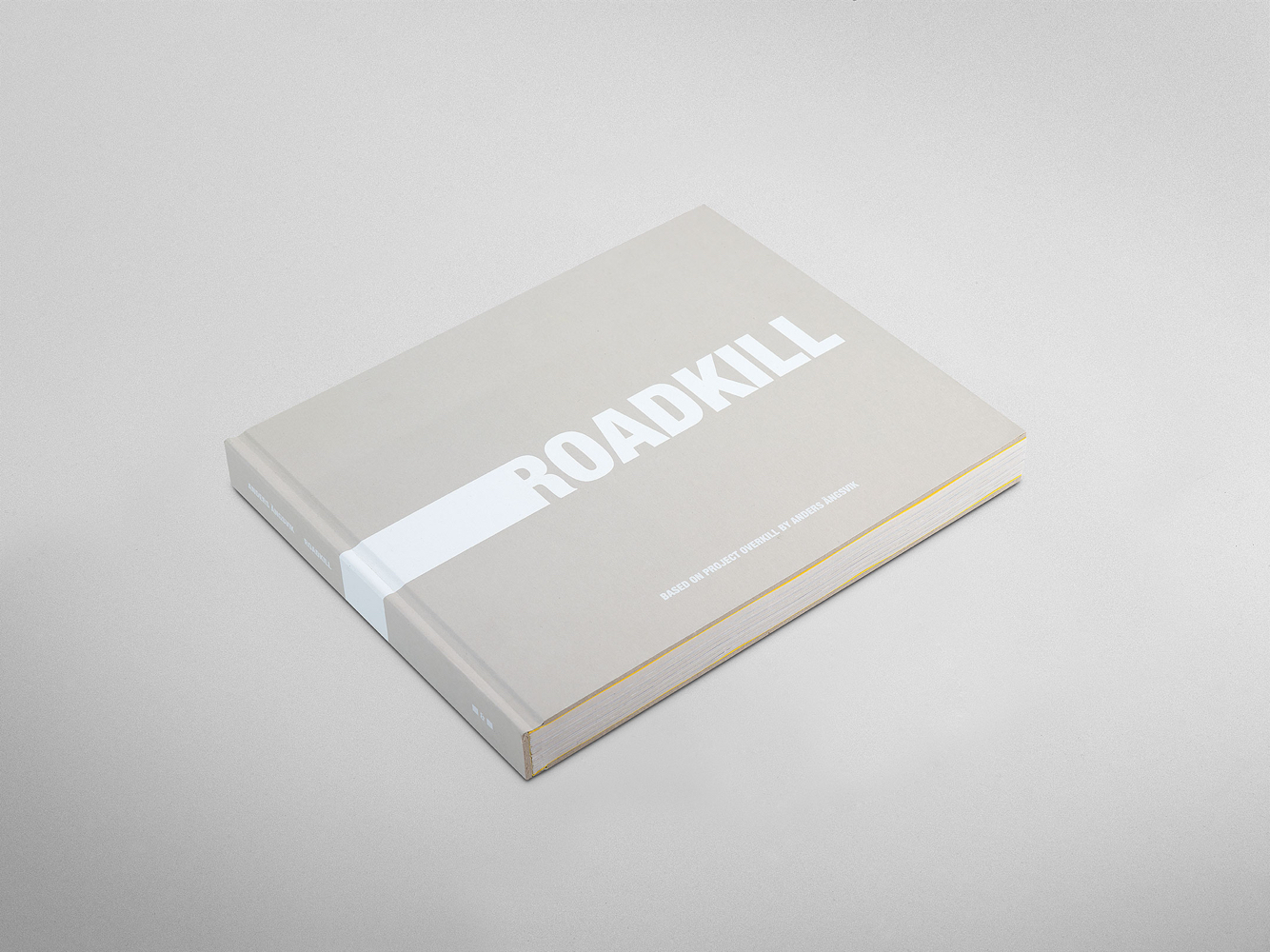 Almost like a road movie – Roadkill consists of eight large-format photographs and details from those images of maimed, bloody dead animals. Interlaced, throughout the book, is a text by artist Magnus Bärtås and writer Fredrik Ekman about monkeys.

In “Project Overkill” artist Anders Ängsvik takes on the role of nature photographer. Paradoxically he seeks out locations where nature is disrupted – highways: they are not considered to be part of nature yet they are not the opposite either. In his investigation of highways as biotopes, Ängsvik has photographed hundreds of animals, dead and alive, since 2006.

Roadkill is based on a selection of eight photographs from the series, spread out across the book, like sudden breaks on a journey. The photographs are presented in sequences including both details and the full images. The details of the up to 212-centimeter-wide photographs have been rendered in their actual size. Throughout the book runs a text by Magnus Bärtås and Fredrik Ekman. “Bye Bye Monkey” (previously published in Swedish in Orienterarsjukan och andra berättelser”, Bokförlaget DN, 2001) uses the film Planet of the Apes (1968) as a springboard to debate man’s morbid fascination with animals. The text runs as a strip along the bottom of the grey pages, like voices from a car radio en route. The footnotes appear on the page like associative thoughts evoked on the journey. The yellow of the book’s endsheets along with the red bookmark, bring to mind the foreboding of the traffic signs.

Anders Ängsvik is a photographer and artist, born in 1961 in Stockholm. He studied at the Royal Institute of Art in Stockholm and his work has been exhibited at institutions such as the Centre Culturel Suédois in Paris, the Museum of Work (Arbetets museum) in Norrköping, Moderna Museet, Nordin Gallery, and Centrum för fotografi in Stockholm. Ängsvik is also the author of the book Beckombergalandet (under his former name Anders K. Johansson, Bilda förlag, 1999) where he uses image and text to depict his childhood growing up in employee housing on the hospital grounds of Beckomberga Psychiatric Hospital.