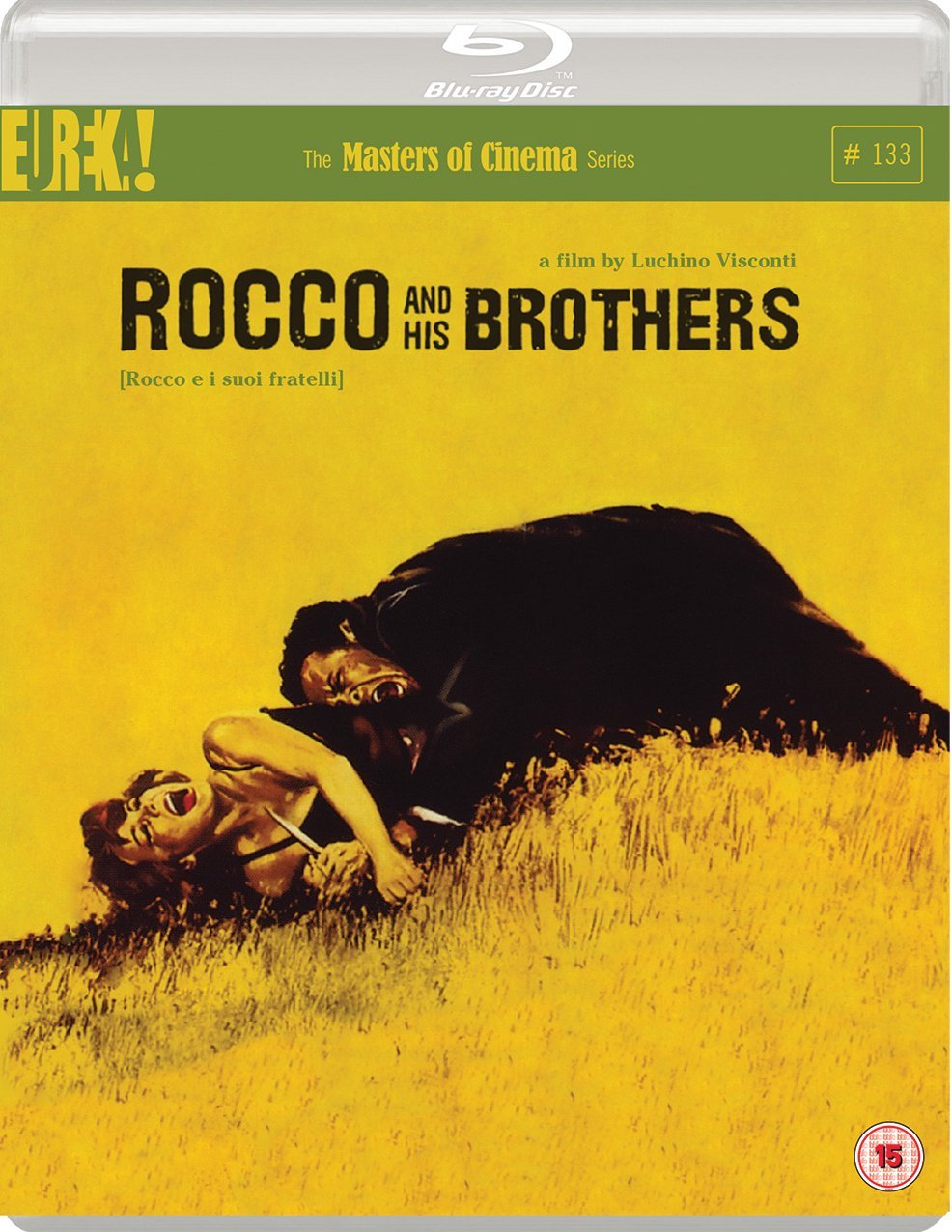 Rocco and his Brothers (Blu-Ray)

From Luchino Visconti — the master director of such classics as La terra trema, Bellissima, and The Leopard — comes this epic study of family, sex, and betrayal. Alongside Fellini’s La dolce vita and Antonioni’s L’avventura, Visconti’s Rocco and His Brothers [Rocco e i suoi fratelli] ushered Italian cinema into a new era, one unafraid to confront head-on the hypocrisies of the ruling class, the squalor in urban living, and the collision between generations.

When a tight-knit family moves from Italy’s rural south to metropolitan Milan, the new possibilities – and threats – present in their fresh surroundings have alarming, unforeseen consequences. Operatically weaving the five brothers’ stories across a vast canvas, with an extraordinary cast including Alain Delon, Annie Girardot and Claudia Cardinale, Rocco and His Brothers stands as one of the most majestic and influential works of its era.

An acknowledged influence on Coppola’s The Godfather series (Nino Rota’s exquisite Rocco score for Visconti led to working on The Godfather), Scorsese’s Raging Bull, and many others, Rocco and His Brothers is a cinematic shock that erupts on the fault-line of emotion. The Masters of Cinema Series is proud to present one of Visconti’s most revered films — winner of the FIPRESCI Prize and the Special Prize at the Venice Film Festival in 1960 — restored to its original Italian-language three-hour form — for the first time in the world on Blu-ray.

Special features:
– Two audio choices; the original Italian, and the French dub
– “Les coulisses du tournage”, a 2003 French documentary about the film
– A 1999 interview with Visconti’s cinematographer Giuseppe Rotunno
– An interview with actress Claudia Cardinale
– A 2002 interview with actress Annie Giradot
– “Luchino Visconti”, an hour long documentary about the life and work of Visconti
– Two vintage newsreels
– Original Italian trailer
– PLUS: A 40-PAGE BOOKLET featuring:
– Writing by Guido Aristarco
– An essay written by the director in 1960
– A vintage interview with Visconti
– Rare archival imagery